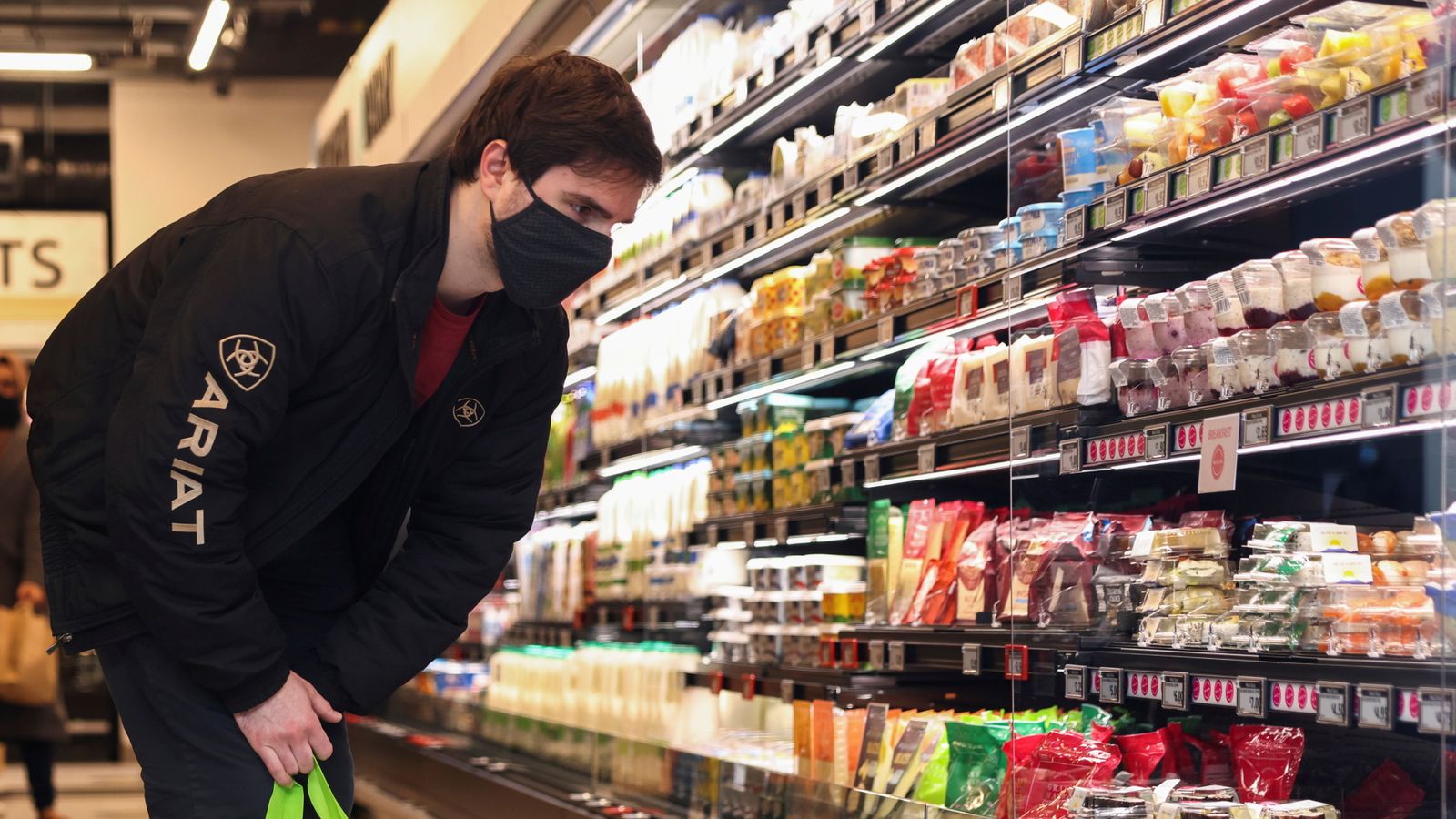 The maker of a host of well known consumer brands has revealed a big lift in prices and warned of worse to come as it battles “unprecedented cost inflation” around the world.

Unilever, which produces foods such as Marmite, Cornetto ice creams and Hellmann’s mayonnaise alongside goods including Dove soap, said it had raised prices by 4.1% in its third quarter and expected price pressures to intensify even further next year.

Its chief financial officer did not rule out further hikes in the months ahead but said it was treading carefully to avoid damaging the health of the business – its competitiveness.

The firm explained it had taken action to ensure its full-year operating margin remained on target at flat on the previous year.

‘Consumers are really going to feel the pinch’

Consumer goods companies face soaring prices for raw materials such as energy, edible oils and packaging, as well as higher transport costs as economies recover from the COVID-19 pandemic.

It is up to the likes of supermarkets whether they pass on those costs on to their customers and the most recent evidence shows grocery inflation starting to pick up pace at a time when other household essentials, especially energy, are shooting up.

Underlying sales rose 2.5% in the three months to 30 Sept, Unilever reported, aided by strong demand in the United States, India, China and Turkey.

The performance has echoes with that of rival Nestle which raised its full-year sales target on Wednesday as it also hiked prices to cope with extra costs.

Unilever said “pricing actions are being taken in countries across Europe”.

It said underlying sales in the UK declined slightly over the quarter compared to the same period last year.

Image: Alan Jope told shareholders the company was acting to shield itself from cost inflation

Chief executive Alan Jope told investors: “We have delivered a good quarter against strong comparators, with underlying sales growth of 2.5%.

“The combination of our strategic choices and focus on operational excellence continue to drive competitive growth.”

Unilever shares, which had been down by 13% in the year to date, closed 1.2% higher following the update.

Freetrade’s senior analyst, Dan Lane, said of the price picture painted by the company: “The reality is COVID is going to leave a very tricky path ahead for Unilever though.

“The prices of raw materials, packaging and distribution are soaring and there’s only so much of that extra cost it can add to a tub of Marmite before consumers skip the spread altogether.”

County lines: Zombie knives seized, £1.3m in cash found and 1,500 arrests made in past week