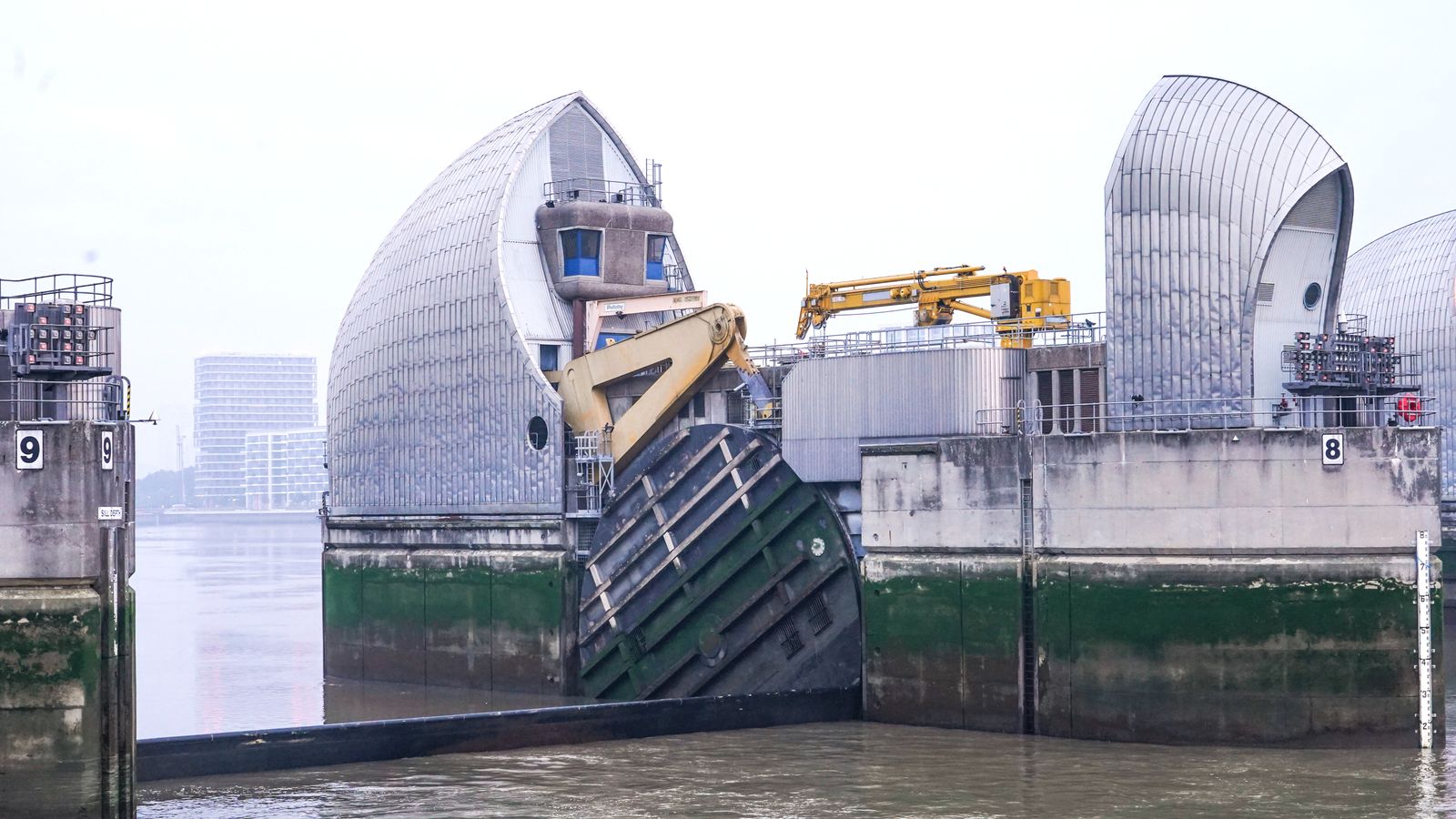 The Thames Barrier is being closed for the 200th time after a number of flood warnings were put in place in southern England as Storm Aurore moves in.

The flooding defence system will close to protect around 640,000 properties in London as a result of winds mixing with the tides and heavy rainfall.

A spokesman for the Environment Agency said: “While the barrier will help to protect London from tidal flooding, there are also risks from flooding along the east coast on Thursday and Friday.

Image: Surrey is among the areas with a flood warning

“Heavy rain also means that there is a separate but concurrent risk of river flooding across the south of England.”

It will reopen later on Thursday.

Southern England was hit by flooding overnight due to heavy rain and strong winds moving in from France, with the Met Office issuing yellow rain warnings – threatening delays to transport and issues with power supply.

In Essex, the fire service said it had received more than 120 calls up to 2.30am on Thursday to help with flood-related incidents as rain battered the county.

As well as rain warnings, the Environment Agency has also issued flooding warnings across the South West, East Anglia and Surrey, meaning that flooding is expected in those areas.

Storm Aurore, a low pressure system, has moved in off the continent and brought up to 50mm of rainfall and 45mph winds with it.

The Met Office says the wet weather will continue on Thursday throughout the south of England, as well as it being much cooler.

Thursday night will see “showers for northern and western areas, whilst eastern and southern areas will have fewer showers and more in the way of clear spells, remaining breezy”, the Met Office added.

Climate change: How dirty is the air in your area? Find out how much carbon dioxide is emitted where you live

Tony Blair: Getting vaccine is ‘civic duty’ and govt should bump boosters to 500,000 a day