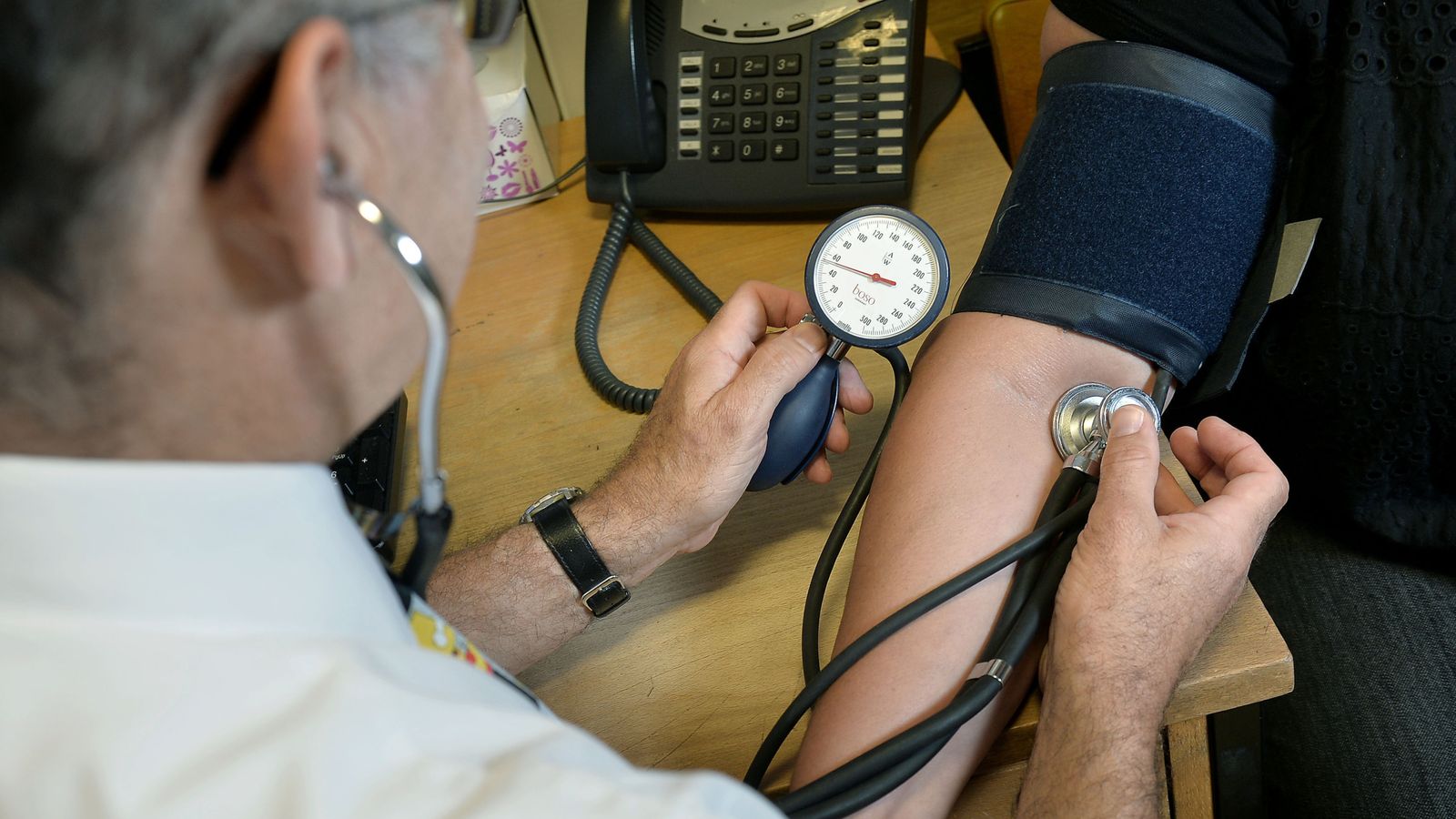 Family doctors in England have taken a step towards industrial action as part of an escalating row with Health Secretary Sajid Javid over plans to boost the number of face-to-face appointments.

The British Medical Association’s GP committee in England on Thursday formally rejected a package of measures set out last week by Mr Javid.

Under his “blueprint”, the health secretary has said he is “determined to ensure patients can see their GP in the way they want” and to increase the number of face-to-face appointments following their dramatic fall during the COVID pandemic.

But, within his proposals, Mr Javid has been accused of plans to “name and shame” surgeries if they do not carry out enough in-person appointments.

And doctors have also claimed that, under the plans, their ability to share in a new £250m “winter access fund” will be conditional on increasing the number of patients who get a face-to-face meeting with a GP.

They are also opposed to plans to make GPs declare NHS earnings if they are more than £150,000 per year, which the BMA believes has no benefit to patients but could potentially increase abuse towards doctors and damage morale and recruitment efforts.

At a meeting on Thursday, the BMA GP committee encouraged practices not to comply with “the very worst aspects” of Mr Javid’s plans – including “target driven leagues tables to ‘name and shame’ GPs”.

And they also called on practices to take steps towards industrial action over the plans to make GPs declare earnings and force family doctors to oversee the COVID vaccination exemption process.

Dr Richard Vautrey, the chair of the BMA’s GP committee, said: “GPs have been left with no alternative but to take this action.

“All efforts to persuade the government to introduce a workable plan that will bring immediate and longer-term improvement for doctors and their patients, have so far come to nought.

“The government has completely ignored our requests for a reduction in bureaucracy to allow us to focus more on patient care, and we are therefore encouraging doctors to withdraw from this bureaucracy themselves.

“The ultimate outcome should be to end the current crisis in general practice, to properly support practices to manage their workload pressure, including safely getting through the backlog of care caused by the pandemic and deliver a safe service to patients, allowing time to create an agreed long-term plan to make general practice sustainable for the future.”

The BMA said that services such as the COVID vaccination programme and annual flu plan would not be affected by Thursday’s decision.

“Sajid Javid must now dial down the rhetoric and get round the table with doctors and patient groups to find a way forward.

“It would be unforgivable if, as we enter a winter crisis, people are unable to access their local GP.”

A Department of Health and Social Care spokesman said: “GPs have done phenomenal work done through the most difficult 18 months in living memory.

“We want patients to be able to see their GP promptly and in the way they choose.

“Our plan will improve access and drive up face to face appointments, it includes providing a further £250m to GPs in order to boost capacity.

“We are also cutting bureaucracy and GP teams will be given targeted support which will take pressure off staff and free up their time so it can be spent with patients.”