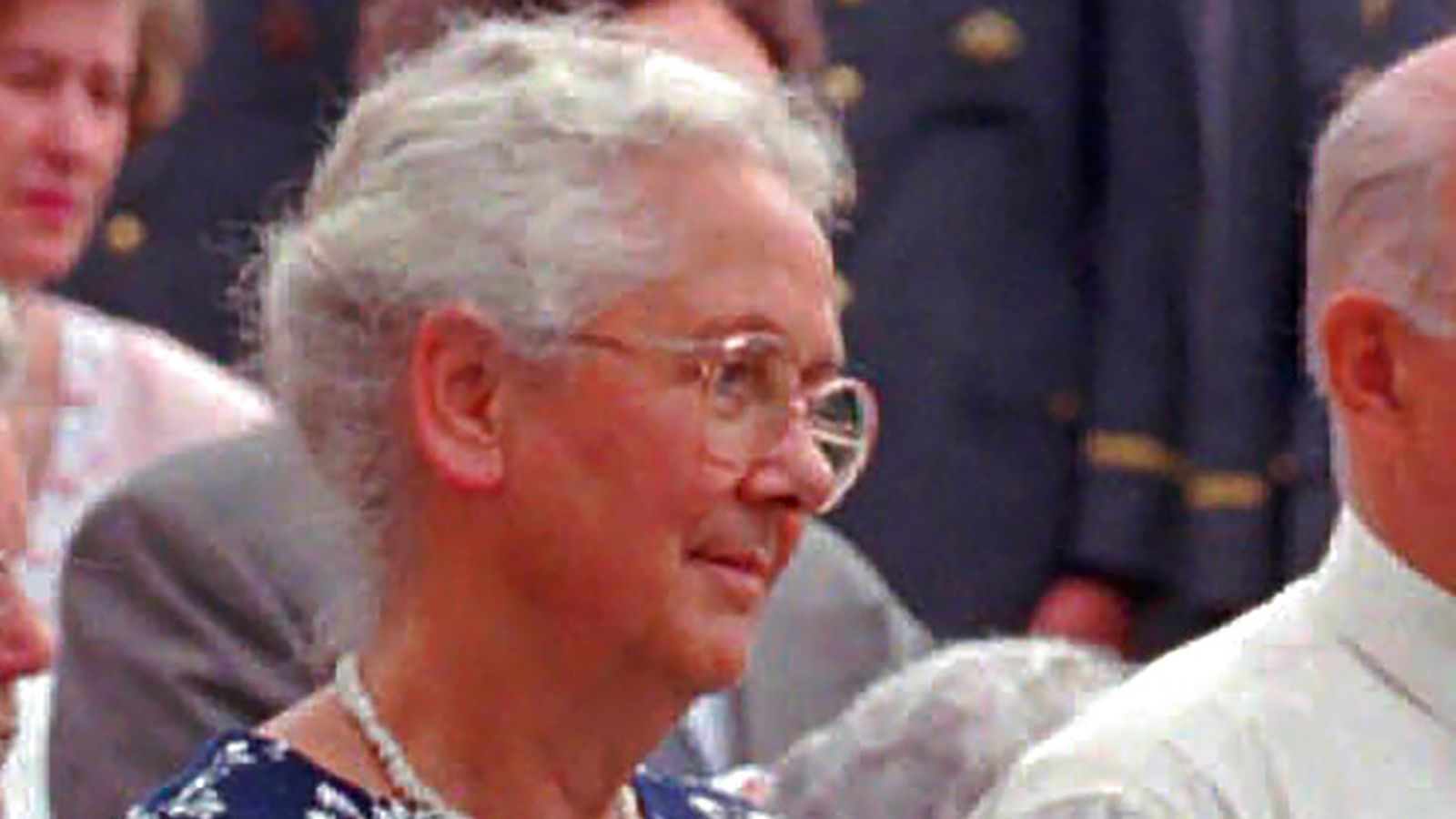 Eleonore “Lorli” von Trapp Campbell, whose Austrian family was famous for being depicted in The Sound of Music, has died aged 90.

She was the second daughter of Georg and Maria von Trapp, who were played by Julie Andrews and Christopher Plummer in the 1965 film.

Ms Campbell, who had a career singing soprano as a member of the Trapp Family Singers, died in Vermont on Sunday.

Image: Julie Andrews brings music to the hills of Austria in this scene from 1965 film The Sound of Music

Born in Salzburg, Austria, she was the younger step-sibling to the older von Trapp children who went on to be depicted in stage and film.

The family fled Nazi-occupied Austria in 1938 and performed concert tours across Europe and America before settling in Vermont in the early 1940s, where they opened a ski lodge in Stowe.

She said the whole family knew every word from the songs from The Sound of Music, as well as the songs the family sang while touring North America, long before the musicals.

The Sound of Music story is based on a memoir by Maria von Trapp, The Story of the Trapp Family Singers, which was published in 1949 to help promote the family’s singing group following the death of Georg in 1947.

It tells the story of an Austrian woman, Maria, who married a widower with seven children and teaches them music.

Georg, an Austrian naval captain, had seven children with his first wife Agathe Whitehead von Trapp, who were the basis for the singing family in the musical and film.

Maria and Georg then married, and she taught her new stepchildren music. They have all now died.

Image: Members of the Trapp family as they gave a public concert at the family lodge in Stowe, Vermont, in 1966

The couple went on to have three more children, who were not depicted in the movie.

Ms Campbell was the second child, and her siblings, Rosmarie von Trapp and Johannes von Trapp, live in Stowe, Vermont.

With the Trapp Family Singers, she travelled internationally and to all of the US except South Dakota and Hawaii, until she married Hugh David Campbell in 1954.

“The life of singing on tour is one that involves an extraordinary amount of discipline and hard work, and my mother lived as a teenager singing lead soprano, night after night after night, and toured much of the year, and it really shaped who she was,” Ms Campbell’s daughter Elizabeth Peters said on Thursday.

Ms Campbell and her husband raised their seven daughters in Connecticut, Massachusetts and Rhode Island.

In 1975, the family moved to Waitsfield, Vermont, and she taught her girls to cook, bake, garden, sew, knit, darn, and make butter and ice cream from scratch.