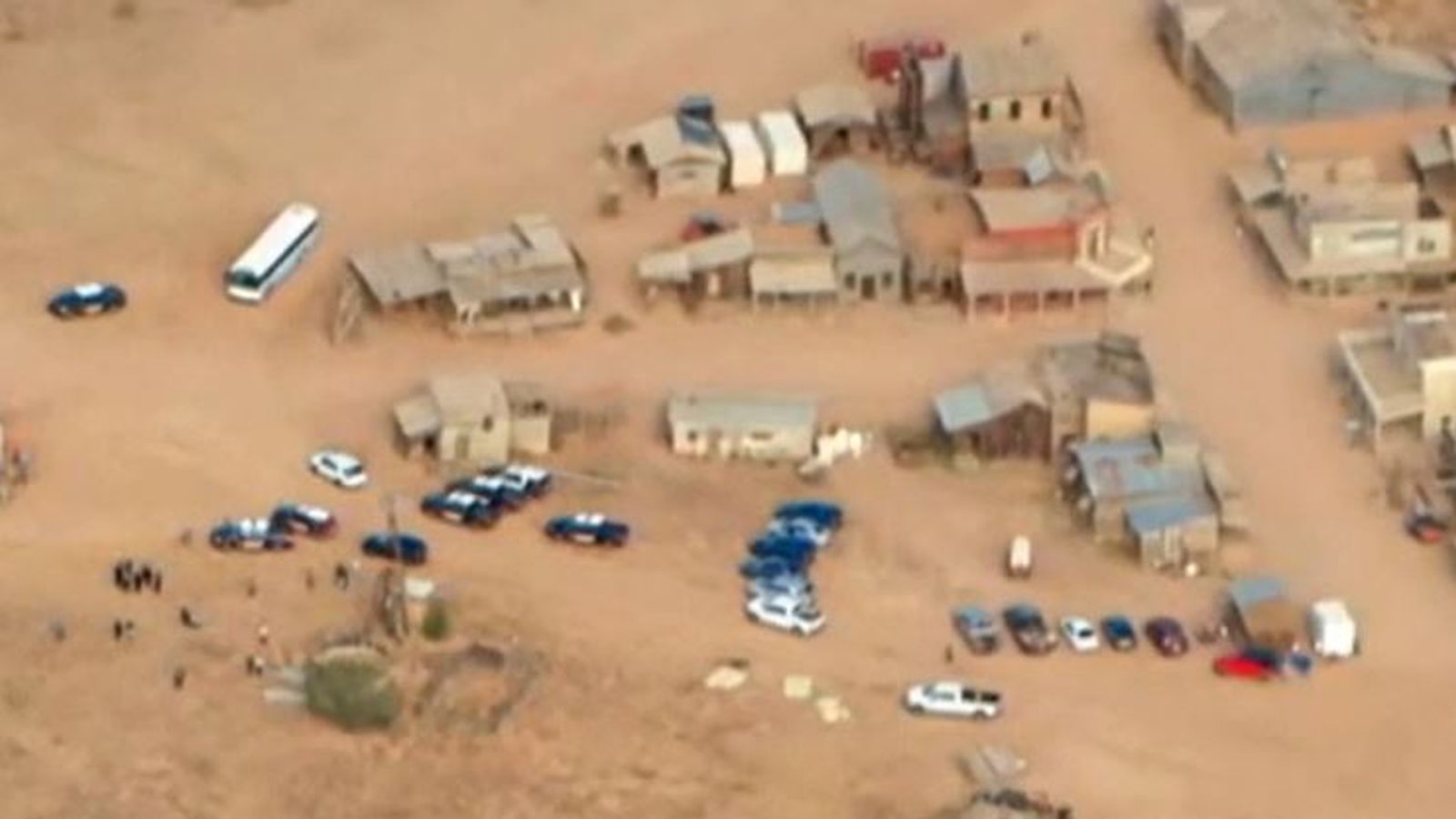 A cinematographer has become the latest person to die in an accident on a Hollywood film set – with movie production companies likely to review their safety measures in the wake of the tragedy.

Halyna Hutchins, 42, was killed when actor Alec Baldwin discharged a prop firearm on the set of the western movie Rust.

Here we take a look at the safety measures that are in place on US film sets, and some of the high profile deaths that have sent shockwaves through the industry in the past.

Image: A woman has died and a man has been injured after Alec Baldwin, pictured, discharged a prop firearm on a film set

What safety measures are in place when guns are used on US film sets?

When firearms are used for a scene there will always be an armourer, a safety officer and a stunt co-ordinator on set, two filmmakers have told The Conversation.

Christopher Gist and Sarah Mayberry, who recently finished filming the psychological thriller Darklands, used real weapons but fired blanks when they wanted to recreate a gunshot.

Blanks are made up of wads of paper, plastic, felt or cotton. However, they can still cause a lot of injury when fired at close range or handled incorrectly.

The filmmakers said they fired blanks in a “very controlled situation, working with a very experienced crew”.

Image: Halyna Hutchins has been killed on the set of the western movie Rust

Mr Gist and Ms Mayberry said guns, whether fake or replica, are supplied by an armourer.

They wrote: “All of the protocols surrounding gun use are well established. Everything on set around a gun must be treated with an abundance of caution… all cast and crew are briefed multiple times about safety. The police are always notified, as are any neighbours adjacent to the filming location.”

The filmmakers highlighted how gunshots can also be recreated using visual effects – with this being a much safer method than firing real bullets or blanks.

What other safety measures need to be taken into account?

Films have a safety officer who will consider elements such as trip hazards and road safety when locations are chosen for a production, Mr Gist and Ms Mayberry said.

When production crews want to film on public land, the local authority will ask for a risk assessment – this can detail where people will park, where toilets will be located, and where equipment will be. It will also consider potential problems, such as what will happen if a particular stunt goes wrong.

The No Film School, a worldwide community of filmmakers and video producers, advises its members to be “fire marshal-compliant” by identifying escape routes from buildings in case there is ever a fire on set.

They also advise filmmakers to “locate and separate circuits” to avoid potential dangers due to blowing a fuse.

The No Film School also advises simple things – such as organising cables and wires so people don’t trip over.

Our hearts go out to the family of Halyna Hutchins and to Joel Souza and all involved in the incident on “Rust”. No one should ever be killed by a gun on a film set. Period.

What other fatal accidents have there been?

In one of the most high profile deaths, Brandon Lee, son of the iconic martial-arts star Bruce Lee, died while filming a shooting scene for the movie The Crow in 1993.

A blank round fired from a gun had propelled a dummy cartridge from the same weapon. Lee died after it struck him in the abdomen with the same force as if it were a live round.

Shannon Lee, the tragic actor’s sister, tweeted after the death of Hutchins to say “no-one should ever be killed by a gun on a film set”.

Image: Brandon Lee, pictured, was killed on the set of The Crow in 1993

Lee, who now runs an official Twitter account for her brother, wrote in a post: “Our hearts go out to the family of Halyna Hutchins and to Joel Souza and all involved in the incident on ‘Rust.’

“No one should ever be killed by a gun on a film set. Period.”

In 1984, actor Jon-Erik Hexum was pretending to play Russian roulette with a .44 Magnum on the set of the television series Cover Up when he shot himself in the head with a prop gun blank and died. He had apparently been unaware of the potential danger beforehand.

Outside of gun-related incidents, three actors – two of them children – were killed on the set of Twilight Zone: The Movie when special effects explosions caused a helicopter to crash in 1982.

In 1985, stunt pilot Art Scholl died during the filming of Top Gun. Scholl was performing an aerial stunt when he lost control of the plane and crashed into the Pacific Ocean. He and the plane were never recovered.

In August 2017, stuntwoman Joi Harris was killed on the set of Deadpool 2 in a motorcycle accident.