Alec Baldwin was handed a loaded prop gun by an assistant director who indicated it was safe to use, moments before the actor fatally shot his crew member, according to court documents.

Dave Halls shouted “cold gun” before handing him the firearm on the set of the upcoming Western, Rust, a search warrant filed in a Santa Fe court showed.

He did not know the weapon was loaded with live rounds.

The shot hit cinematographer Halyna Hutchins in the chest and director Joel Souza, who was standing behind her, in the shoulder.

She died, while Mr Souza was injured and has since been released from hospital.

Investigators obtained the warrant on Friday to document the scene where the incident took place.

The weapon that was fired was taken as evidence, along with Baldwin’s blood-stained costume for the film.

Investigators also seized prop guns and ammunition that were being used on the set.

The weapon that was fired had been placed on a cart by the film’s armorer, along with two other guns.

Image: In a now deleted Instagram post, a picture shows the actor on set before the incident

The assistant director grabbed the gun from the cart, which was outside a wooden structure where a scene was being acted, and brought it inside to Baldwin, a detective wrote.

Meanwhile, the film’s script supervisor, Mamie Mitchell, said she was standing next to Ms Hutchins when she was shot.

“I ran out and called 911 and said ‘bring everybody, send everybody’,” she said.

“This woman is gone at the beginning of her career. She was an extraordinary, rare, very rare woman.”

Ms Mitchell said a private memorial service was being held on Friday night in Santa Fe, with crew members expected to attend.

Earlier on Friday, Alec Baldwin said he was devastated by the incident.

“There are no words to convey my shock and sadness regarding the tragic accident that took the life of Halyna Hutchins, a wife, mother, and deeply admired colleague of ours,” he wrote on Twitter.

Rust’s production has been halted and the company making the film said it is providing counselling services to everyone connected with it.

Rust Movie Productions said it would conduct an internal review of procedures after the LA Times reported at least one prop gun had previously misfired and some crew members had walked off set.

The company said it was “not made aware of any official complaints concerning weapon or prop safety on set”.

Meanwhile, Ms Hutchins’ husband Matt Hutchins posted a tribute on Twitter expressing his family’s “enormous” loss, along with a photo of the cinematographer.

And Alec Baldwin’s daughter, Ireland, said she wished she could hug her dad “extra tight” following the incident.

Writing on Instagram, she said: “My love and support go to Halyna Hutchins’ family and friends. Sending healing thoughts to Joel Souza.”

After the incident on Thursday, Baldwin was seen outside the sheriff’s office in tears. 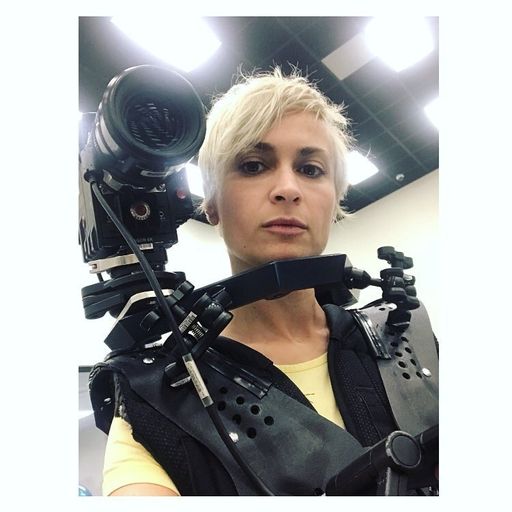 Juan Rios, a spokesman for the sheriff’s office, said the investigation remains open and active.

No charges have been filed and witnesses continue to be interviewed by detectives, he said.

The incident has been compared with the death of Brandon Lee, son of the late martial arts star Bruce Lee, who died while filming a death scene for the movie The Crow in 1993 when he was 28 years old.

The .44-calibre weapon used was supposed to fire a blank but an autopsy revealed a bullet lodged near his spine.