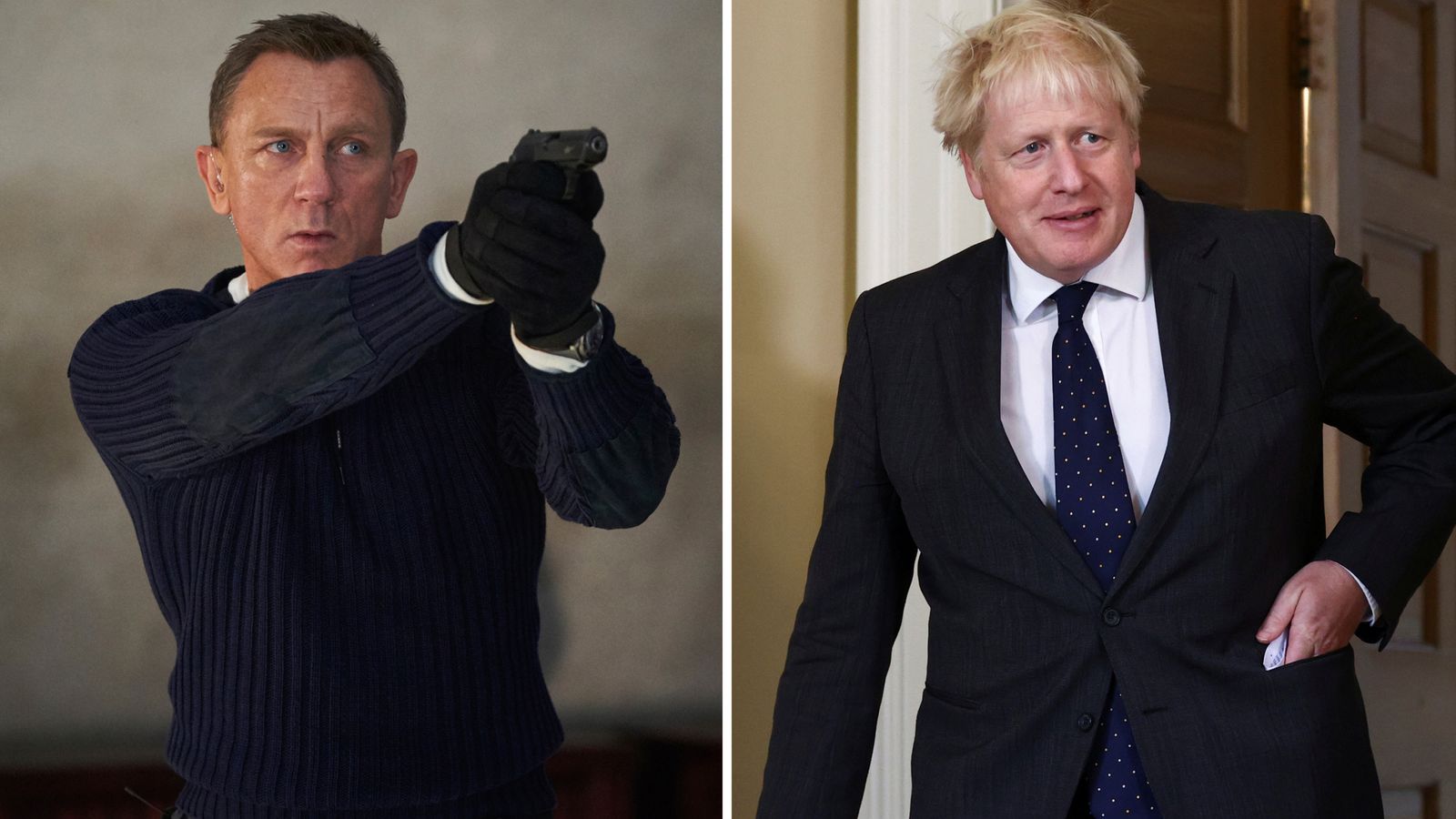 The prime minister attended the screening on Thursday night, after working hours, with his staff in the studio that was built for televised news conferences.

The film, titled No Time To Die, and which is actor Daniel Craig’s final film in the Bond role, was released at the end of last month and is still screening in cinemas across the country.

A Number 10 spokesman said: “Yesterday the prime minister met with Pinewood Studios, Universal Pictures, Eon Productions and the BFI to congratulate them on the success of the latest James Bond instalment – a testament to the talent of British creative industry.

“An evening film screening took place for staff, who made voluntary donations, with all proceeds going to Sarcoma UK.”

All installation costs for the Bond screening, first reported by The Times, are understood to have been met by the companies involved, while similar screenings have happened previously.

Daily off-camera briefings for Westminster journalists on Thursday and Friday were moved from their usual location, in the studio in 9 Downing Street, to 10 Downing Street for what had previously been an undisclosed “event”.

The studio in 9 Downing Street – which has been branded a “vanity project” by political opponents – was constructed under Mr Johnson’s plans to hold daily televised news briefings.

These would have been similar to the regular televised White House briefings for US media and followed the government’s daily COVID news conferences during the height of the coronavirus pandemic in early 2020.

However, the Number 10 plans for daily televised briefings were scrapped in April despite former journalist Allegra Stratton having been hired to front them at a cost of around £125,000 a year.

She has since been moved to a role as the prime minister’s spokeswoman for the COP26 climate change summit.

The cost of the overhaul of 9 Downing Street in order to construct the TV studio was revealed in response to a Freedom of Information (FoI) request earlier this year.

The Cabinet Office issued a breakdown of the costs totalling £2,607,767.67, largely excluding VAT.