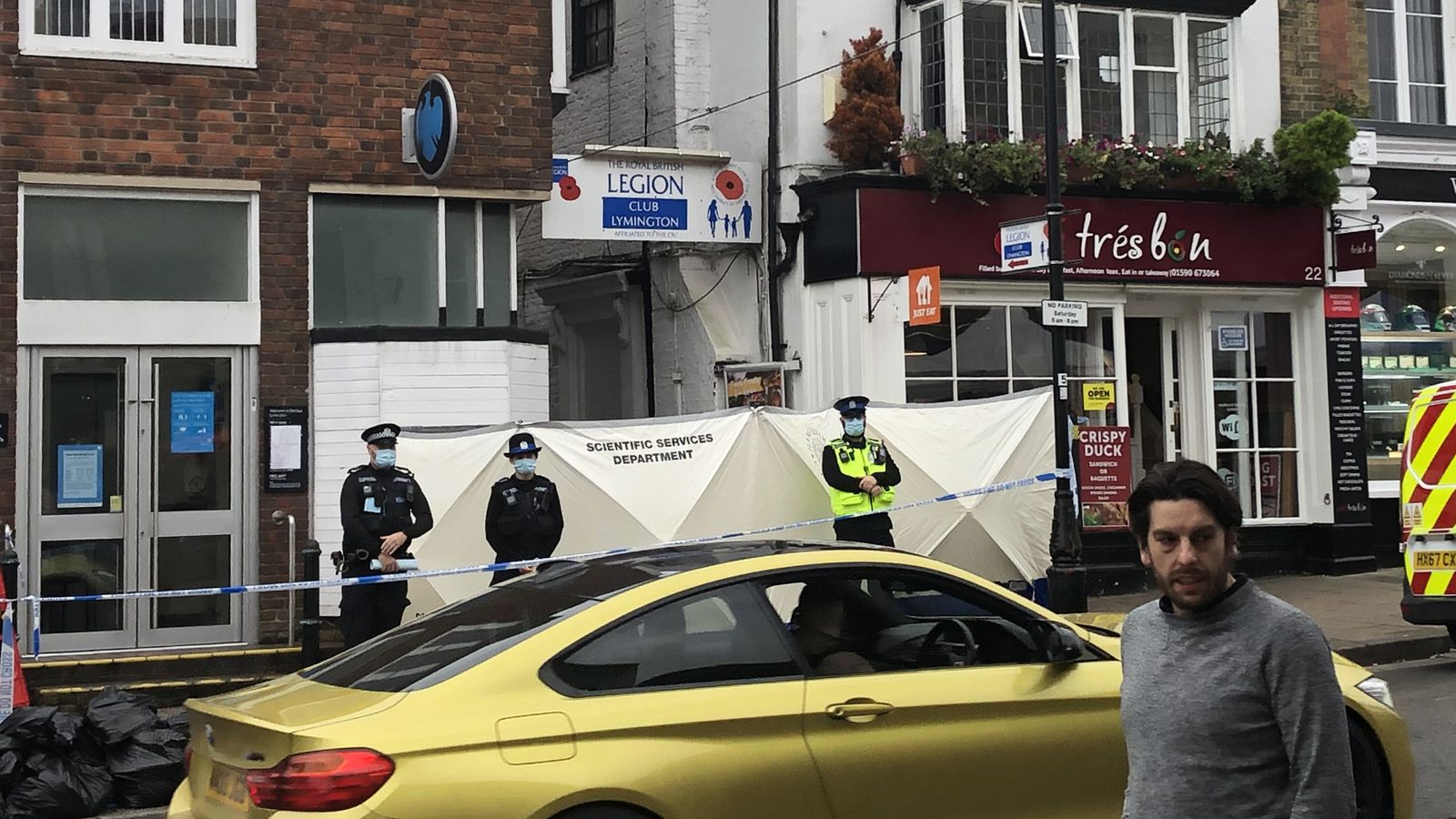 A 14-year-old boy is among four people arrested on suspicion of murder following a triple stabbing sparked by a “verbal dispute”.

Police were called to reports of an assault outside the Royal British Legion on High Street, Lymington, on Friday at 11.55pm, where they found two men and a woman with stab wounds, a HampshirePolice spokesman said.

A 23-year-old man was pronounced dead at the scene. His next of kin have been informed and are being supported by specialist officers.

Image: Two men and a woman were found with stab wounds on Friday evening

Another 23-year-old man suffered serious injuries and is being treated at Southampton General Hospital.

A 23-year-old woman received superficial chest wounds which are not life-threatening. She is being treated at the same hospital.

The teenager is among four people, all from Lymington, who have been arrested on suspicion of murder, police said.

Detective Chief Inspector Dave Storey said: “This is a serious incident and our thoughts remain with the family of the young man who was killed.

“We believe this incident occurred following a verbal dispute at the Royal British Legion and we have arrested four people as part of our enquiries.

“Please be reassured that officers remain on scene and there will be increased patrols in the area.

“If you have any concerns, or any information about this incident, please do not hesitate to approach officers.”