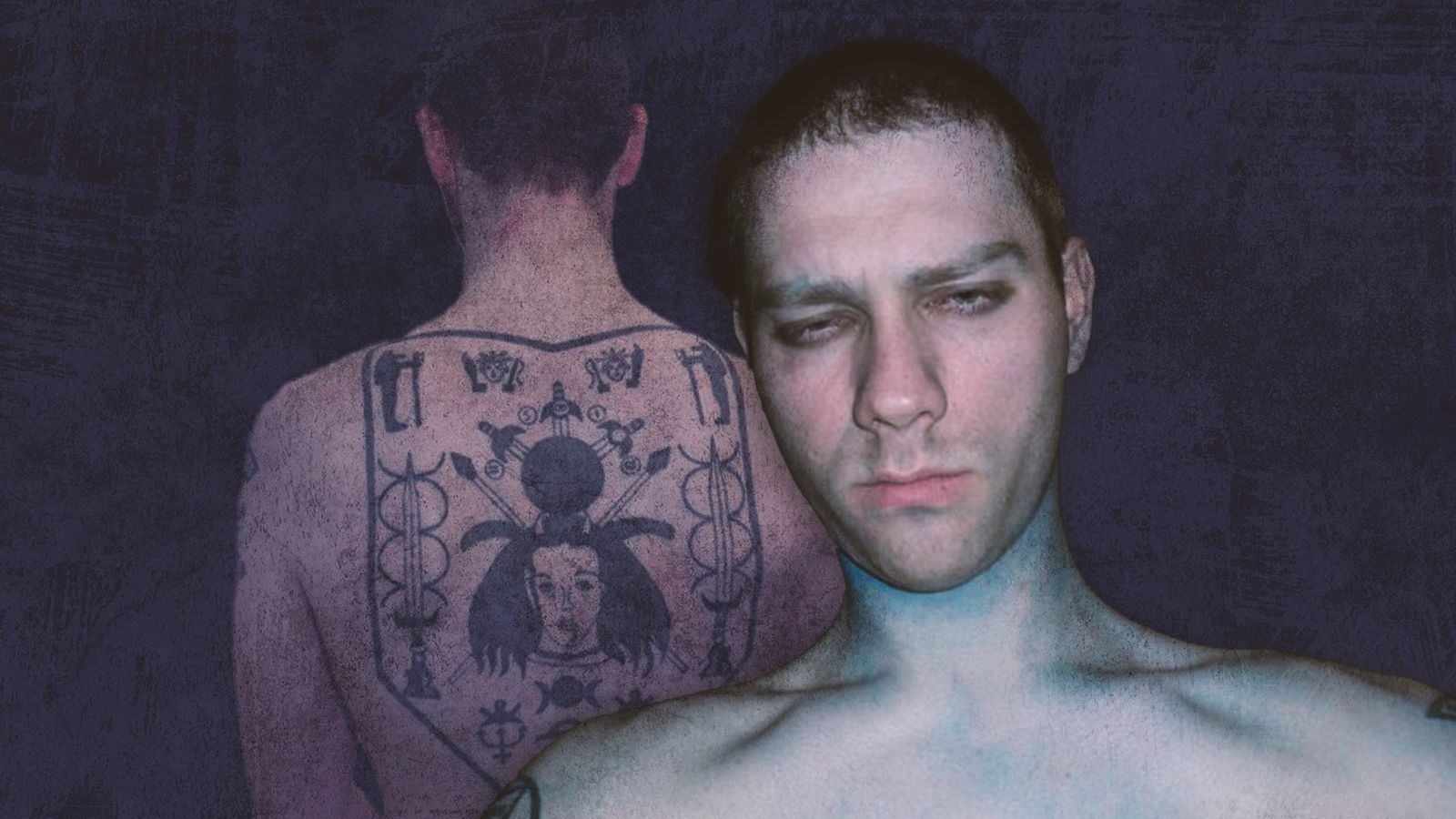 “Sweet” and “gentle” are not the words normally associated with a convicted killer who bludgeoned a man to death.

But when filmmaker Christian Trumble met Crystal Hunnisett over a Zoom call, he was struck by how “charming” the murderer was.

Hunnisett – who received a life sentence under the name Christopher, but now identifies as a woman – was found guilty of murdering supermarket worker Peter Bick after wrongly claiming he was a paedophile.

Image: Hunnisett, pictured in 2011, is serving a life sentence

But the killing is only part of the extraordinary case.

Just four months before Mr Bick’s death, Hunnisett had walked free from court after being cleared of the murder of Reverend Ronald Glazebrook.

Image: Hunnisett was cleared of the murder of Rev Ronald Glazebrook whose body was dismembered

Hunnisett was initially found guilty of murdering the vicar in 2002 after jurors heard the 81-year-old was drowned in a bath before his body was dismembered and buried across East Sussex.

The conviction was quashed in 2010 after Hunnisett, a former altar boy, alleged during her sentence that she had been sexually abused by Rev Glazebrook, and she was acquitted by a jury at a retrial.

Now, a documentary sheds new light on the case and questions whether Mr Bick’s death could have been prevented after Hunnisett was released from prison without supervision.

Its director Trumble admits he has conflicting emotions about the killer, who is described during the documentary as “evil”, a “narcissist”, and a “vigilante” as well as a “victim”.

Image: Hunnisett is described as ‘evil’ and a ‘victim’ in a new documentary

“I go around in circles with this,” Trumble tells Sky News.

“I have times where I have complete sympathy for Hunnisett.

“Then other days, I’m thinking this person has committed an awful violent crime and is a danger to society and needs to be looked after.

“I can see there are strong arguments for both sides.

“The questions around what led Crystal to get to that position is what I’m most interested about.

“Nurture or nature? Is this someone who’s been turned into a monster?”

Image: A new documentary questions why Hunnisett was released from her first prison sentence without supervision

• Meeting a convicted murderer over Zoom

As he began working on the documentary, Trumble joined a meeting between Hunnisett and her lawyer at the start of the year and later became a “pen pal” of the killer.

“The most remarkable thing about seeing Crystal as I did was how unremarkable she was,” the director says.

“You hear this story and you think: ‘Crikey, I wonder what this person is going to be like?’

“They were just a charming, sweet, quiet, gentle soul on the other end of a Zoom call who only spoke when they were spoken to.

“The person I saw was a sweet, gentle character who would fade into the background. That probably was the most striking thing to me.”

Trumble’s two-part Sky Crime documentary, called The Priest And The Paedophile Hunter, features never-before-seen letters written by Hunnisett in which she claims she “never planned to hurt” Mr Bick but “lost control”.

Image: Peter Bick (pictured) was murdered by Hunnisett who wrongly claimed he was a paedophile

Hunnisett strangled Mr Bick and hit him over the head repeatedly with a hammer in a flat in Bexhill, East Sussex, in January 2011.

His body was found surrounded by sex toys and a religious cross after Hunnisett “tried to make it look like a ritualistic sex killing… rather than an impulsive and angry act”, defence barrister Dominic Thomas tells the documentary.

• What drove Hunnisett to kill?

The programme highlights an incident six years into her first prison sentence when she took part in a therapy session with a group of convicted paedophiles, which she later described as “humiliating”.

Image: Hunnisett committed murder in 2011, four months after being released from prison

“I got angry when hearing them and I literally wanted to tear them apart,” Hunnisett says in a letter.

“An anger where you tremble trying to hold it in.”

After allegedly overhearing plans for a new ring of child abusers while in prison, Hunnisett decided to embark on a “mission” to “rid the world of paedophiles”, Mr Thomas tells the documentary.

Writing in a letter, Hunnisett says she spent years “thinking of ways to stop them” and she tried to think of a “perfect solution where no one gets hurt”.

“My oath is first and foremost to protect the victim,” she adds in a letter.

The documentary hears that an array of tattoos on Hunnisett’s back include an image of an “angel or goddess” who protected women and children by killing rapists.

Image: The tattoos on Hunnisett’s back

But senior investigating officer Nick Sloan describes the killer as a “manipulative person” who was “trying to legitimise” her offending.

Trumble says: “The police and the prosecution say ‘the mission’ is overblown and made up after the event as a cover for (Hunnisett’s) criminal activities.”

• Why Hunnisett may never be released

Hunnisett is now serving her sentence in a secure hospital after she performed “self surgery to remove her testicles”, a court has heard.

The 38-year-old lost an appeal against her conviction in March after three senior judges were asked to consider whether new psychiatric evidence – that Hunnisett was suffering from a psychotic illness at the time of Mr Bick’s murder – undermined the safety of the conviction.

Image: Hunnisett lost an appeal against the murder conviction in March

The judges dismissed the appeal, saying there was “no proper basis to admit the fresh evidence or therefore to impugn the safety of the appellant’s conviction”.

Trumble says Hunnisett’s barrister Mr Martin-Sperry is still hopeful his client can be given a retrial.

But the filmmaker believes Hunnisett is “in a difficult position” if she ever seeks to be released.

“Part of her getting parole would be for her to say the mission was wrong,” Trumble says.

“From what I understand she believes that the mission was right.”

Trumble says Hunnisett’s case serves as a warning to vigilante paedophile hunters operating today but is also a “reflection of the messed up situation” in how child sexual abuse cases are dealt with.

“How we manage people that are caught up that criminal activity, as a society and as a criminal justice system, needs to be questioned,” the director says.

“Clearly it’s not working otherwise you wouldn’t have lots of individuals taking on vigilante roles.

“If they thought the police were doing their job, that probably wouldn’t happen.”