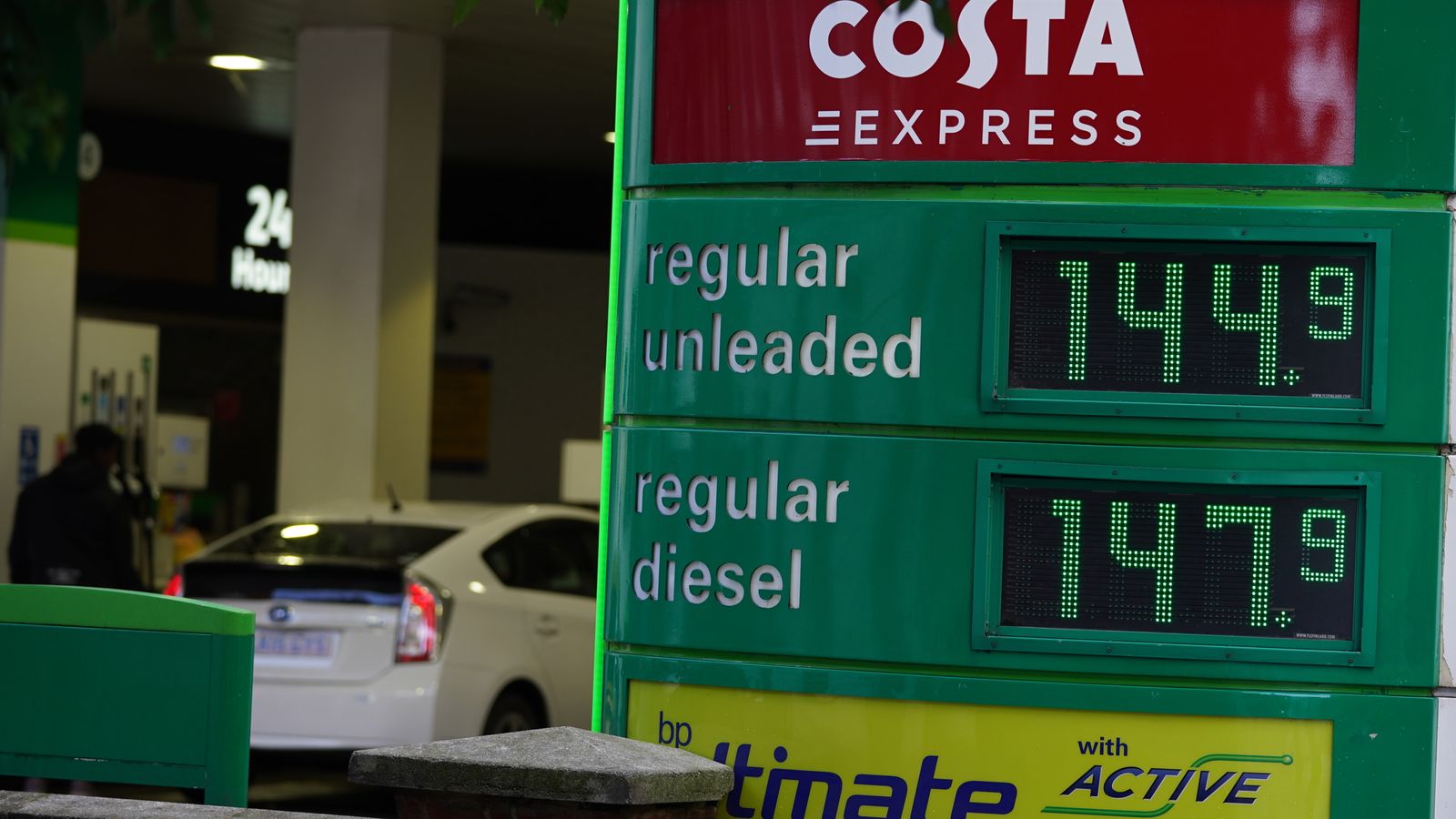 Petrol prices are nearing a record high, the AA has said.

The cost of petrol is being artificially inflated as increases in the wholesale cost of diesel is being “loaded on to petrol”, according to an analysis by the motoring organisation.

Average petrol pump prices moved within a fraction of 1p of the record on Thursday, figures from Experian Catalyst show.

The AA said wholesale price increases since the summer should actually have resulted in diesel setting new records, with petrol sitting 2.5p off its record high.

The AA’s fuel spokesman Luke Bosdet said: “The AA recognises that there is probably still turmoil in the fuel trade after the panic buying, and that may well have disrupted diesel contracts.

“It also understands that it is basic commerce for a retailer to load more profit on to some items than others.

“But for the petrol retailers to state that the rise in petrol prices, and likely a new record, is completely down to circumstances beyond their control just doesn’t ring true and has to be challenged.”

The Petrol Retailers Association warned on Wednesday that fuel price records are “almost certain to be eclipsed” before the end of next week.

It insisted the “primary reason” it would do so is the “rise and rise of crude oil costs”, which it said have increased by more than 50% since January.

Earlier this month: HGV delivering fuel is driven by military

It comes as figures suggest more than a third of drivers in Britain could not buy fuel at the height of the shortage crisis.

A survey by the Office for National Statistics (ONS) found 37% of people were unable to buy fuel over the past two weeks because it was not available – more than twice the proportion (15%) that reported difficulties when asked the same question two weeks prior.

Petrol station stock levels have now fully recovered, according to the Department for Business, Energy and Industrial Strategy.