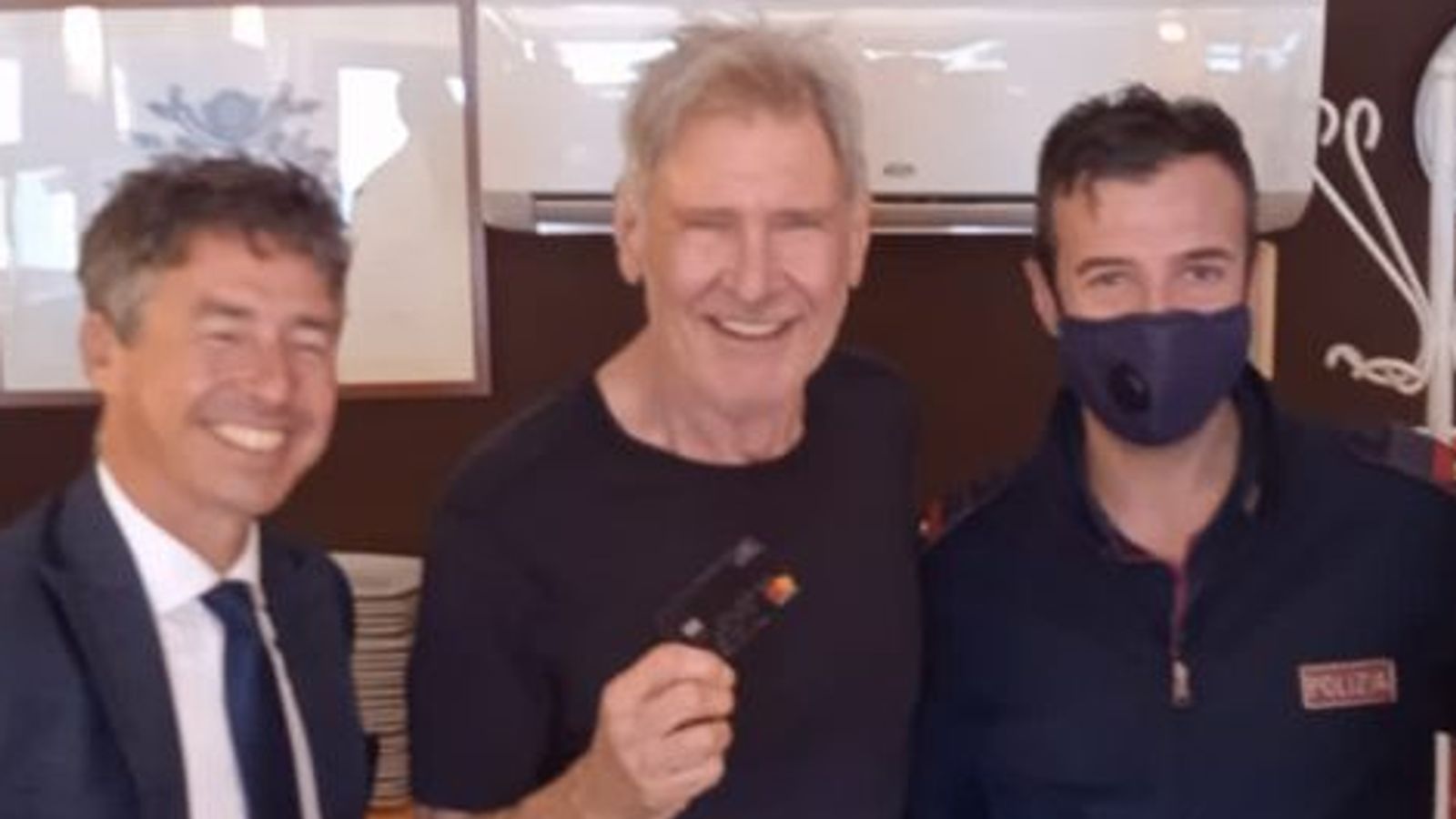 Harrison Ford has been reunited with his credit card after losing it during a stay at a beach resort near Palermo, Sicily.

A German tourist found the card with the Hollywood star’s name on it and handed it into the local police station in the town of Mondello, on the Italian island.

Italian media published a photo of the smiling, casually dressed Ford holding the card up for the camera alongside two officers and the local commander.

Mondello is known for its long sandy beach.

The 79-year-old is currently in Sicily filming scenes for his fifth outing as the swashbuckling archaeologist, Indiana Jones.

His latest film has also taken in locations across the UK, including Grosmont in North Yorkshire and London’s Hatton Garden.

Over the summer, the actor surprised a firefighter who was retiring from the London Fire Brigade after 31 years service.

Ford spoke to Andrew Shaw, who was completing his final shift, and wished him well for the future.