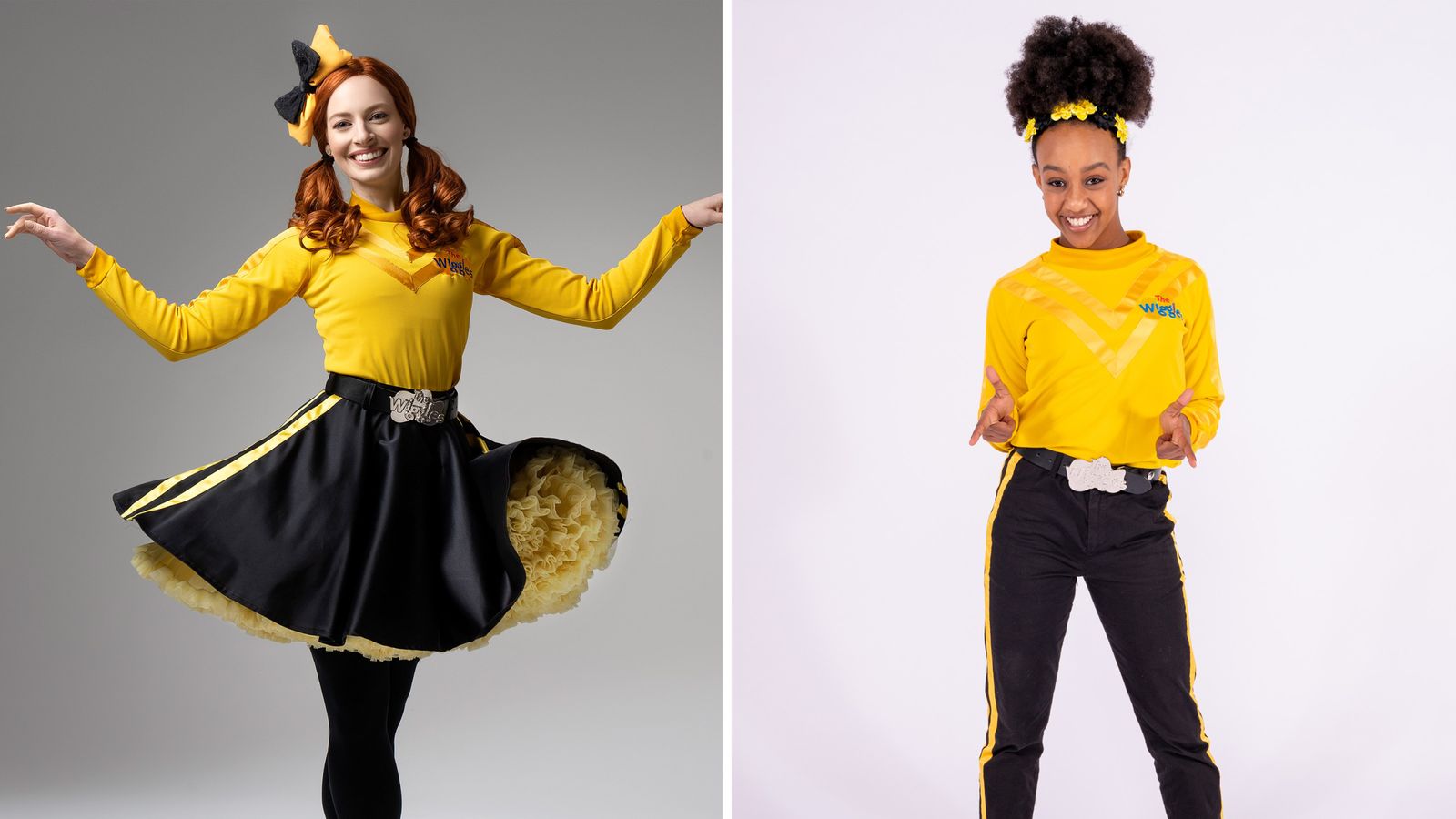 When you think of Australian cultural icons – your head might jump to Kylie, or AC/DC, or even Crocodile Dundee.

But it’s Aussie children’s group The Wiggles that continues to take the world by storm, with their colourful uniforms, catchy songs and unique understanding of early childhood education.

The hearts of parents and children alike broke last week, when the phenomenally popular Yellow Wiggle (aka Emma Watkins), announced she was stepping back after more than a decade, to spend more time on her PhD and with her family.

Watkins, who was the first female member of The Wiggles, will be replaced in the yellow skivvy by 15-year-old Tsehay Hawkins – who will not only be the youngest ever Wiggle, but also the first black member of the group.

It comes as The Wiggles attempts to diversify its ranks to make it more representative not only of Australia, but of the world.

“I feel quite bittersweet about everything,” Watkins told Sky News on a Zoom call from Sydney. “I really will miss everybody – all the fans particularly because when we’re on the road, and we’re travelling, we get to see children and families when we perform.

“I feel a little bit more relaxed now that people will still be able to connect with whatever incarnation of The Wiggles that they used to watch or are currently watching. And now with this introduction of Tsehay, we’re so lucky to have her be part of our cast – and so to have her continue this musical adventure on in the yellow skivvy is a real treat.”

Hawkins, a teenage dance champion who told Sky News that producers reached out on social media to see if she would audition for the group, said she was initially nervous about backlash for stepping into the yellow jersey.

Image: Tsehay Hawkins will join the main cast of The Wiggles

“I expected some negative comments,” she said.

“But I really didn’t get that much, and it was really all supportive. People from different communities were messaging me, like the adoptive community, the African community, the Latino community – they were all writing to me and letting me know how they’re happy that they have representation on the screen.

“I got such a good reaction from people saying they’re excited to see the new hip-hop side, and it’s really exciting to see how they’re embracing it.”

Before being announced as a main cast member, Hawkins was a Wiggly Dancer, and would tour with the group and take part in show recordings.

She says looking out on to an audience would mean seeing a sea of Watkins’ signature yellow bows, which made her aware of her predecessor’s popularity.

“She did so well, and she inspired so many people. So the pressure has somehow lifted because if Emma could do it, I felt like I can do what Emma did.

“But yeah, it definitely is a bit of pressure with being the first person of colour. But I feel like I can bring my own version and that people will embrace it.”

Image: Tsehay Hawkins says she grew up watching The Wiggles

Amid an ever-changing world, cultural institutions are finding themselves discussing ways of diversifying and becoming more progressive to reflect the wider populations – and The Wiggles are no different.

What started in the early 90s with four men, has now developed into a gender and racially diverse project.

“I think [the group] has moved on,” Watkins explained. “I think Australia still has time to be more aware of our community, even though we are a very multicultural and a very new country, but I think there’s still a long way to go.

“Everyone’s got room for improvement. So, here and upwards – I hope that we can continue to make sure that our content is really inclusive and progressive and accessible.”

So what’s the secret to running the world’s most popular group of children’s performers for three decades?

Watkins says it’s a mixture of the understanding of early childhood development and the group’s laid-back Aussie attitude.

“We’re able to connect with the children where it’s not so overexcited, but it is obviously a very exciting and positive environment,” she said.

“We make sure that we are respecting our audience and talking to them in the way that they would like to interact with us as like fellow play friends.

“When I joined, I think some children thought that I was mum, or they related to me as mum – but we don’t really carry that role, obviously, as we don’t work as hard as mums.

“But it’s about creating a really positive and fun moment of escape, and with that comes music and dance.”

For 15-year-old Hawkins, who wasn’t even born when the group first formed, she says as a child she was drawn to the bright colours, infectious energy and repetitive music.

“I just loved The Wiggles,” she said, adding: “I think every little kid will.

“There’s always aspects of music that every kid loves. So when everyone grew up to it, all my friends did, my parents, friends, would listen to them on repeat with their kids, and everyone just knows The Wiggles is the iconic children’s group that’s been there for years.”

The Wiggles can be found on Netflix, and will be heading out on tour next year, beginning in North America.

The French Dispatch: Lea Seydoux, fresh off No Time To Die, revels in starring in Wes Anderson’s latest film