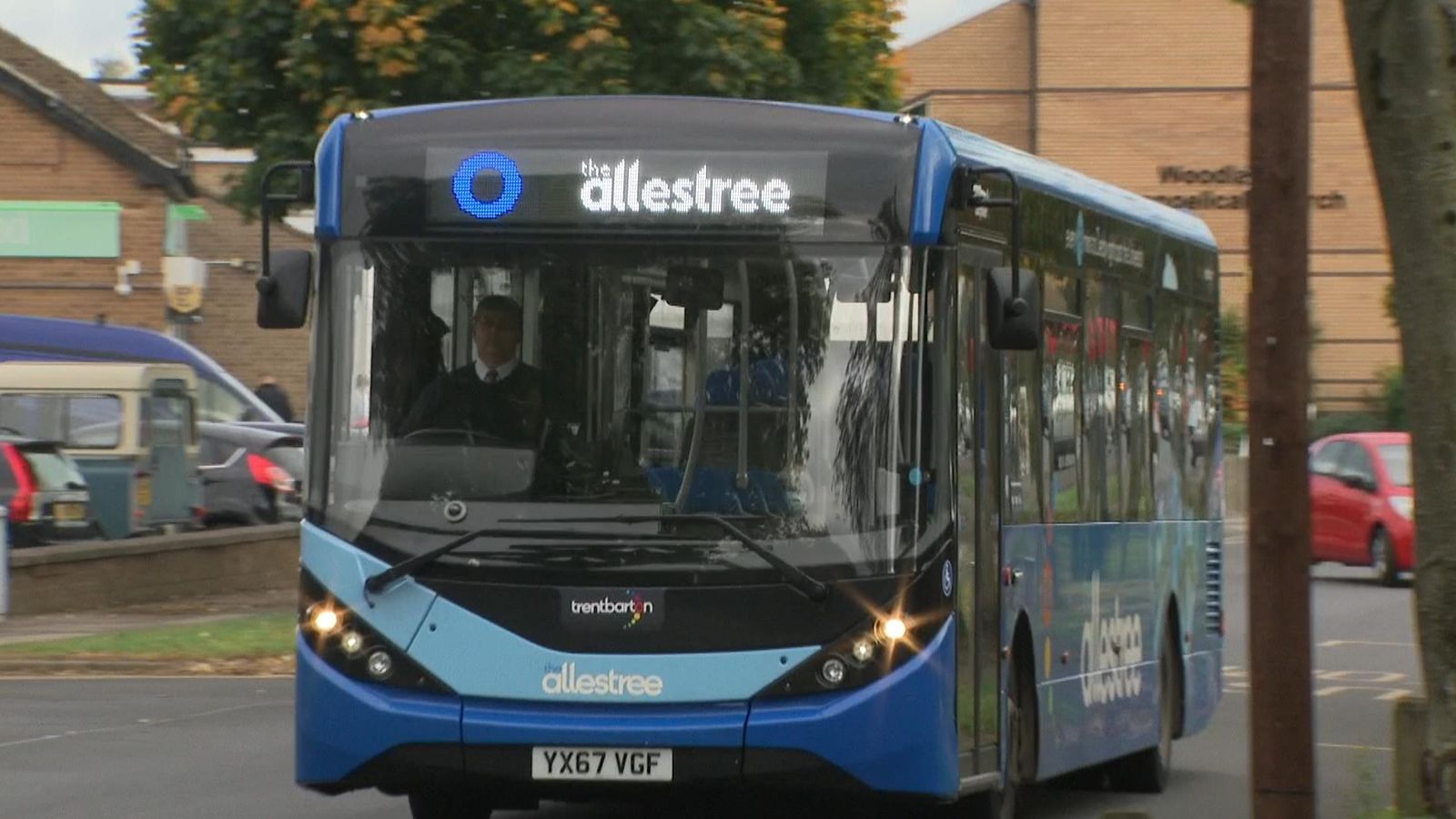 A shortage of bus drivers in the UK is being caused by better pay being offered to drive HGVs, according to a union.

It’s thought there are more than 4,000 vacancies for bus and coach drivers across the UK.

Some companies have been forced to cancel services because not enough drivers are available.

Bobby Morton, Unite’s national officer for passenger transport, told Sky News: “It all goes back to the lorry drivers, the shortage of lorry drivers in the haulage industry.

“And a number of the things that lorry drivers share with bus drivers is very long hours, massive fatigue levels, lack of basic facilities such as toilet facilities and washing facilities.

“And the mindset of the bus drivers at the moment is that, in the haulage industry, the employers threw money at the problem, at the shortage.

“So the mindset is now, if we’ve got to work in these Victorian conditions, then we might as well get £20 an hour driving the lorry, as opposed to £10 an hour driving a bus. So the bus drivers are leaving in droves to go to the other industry.”

The impact is being felt by passengers.

This week, Trentbarton, which runs bus services across the East Midlands, had to reduce the frequency of services on a number of routes.

Services through the Derby suburb Allestree were among those affected.

Ben Booth has to take two buses from there to get to work.

If either of them is cancelled, it is a problem.

“I need two buses to run on time to get work,” he told Sky News. “It’s quite inconvenient if my next bus gets knocked off the service because I go up and work at a warehouse, but I feel for the older people who can’t walk into town.”

Image: Ben Booth relies on buses to get to work

Jeff Counsell, managing director of Trentbarton, said driver shortages are “having an impact on a daily basis at the moment”.

Image: It’s thought there are more than 4,000 vacancies for bus and coach drivers across the UK

Some drivers have retired or relocated, but some have left to join the haulage industry.

“At the moment, the transport and logistics sector are literally throwing money at drivers to plug their shortfalls,” Mr Counsell said.

Image: Jeff Counsell said driver shortages are ‘having an impact on a daily basis at the moment’

“We can’t compete with the logistics and distribution sector at this moment in time.

The Confederation of Passenger Transport UK (CPT), which puts the vacancy numbers across the country at over 4,000, said: “Operators have recruitment plans in place, and we are talking to government and its agencies to ensure that the recruitment and training process is as streamlined and efficient as possible.

“What we now need to see is the requirement for a provisional licence to be issued to begin training abolished and the DVSA to not prioritise HGV testing to resolve the shortfall in that sector at the expense of the bus and coach sector.”

A Department for Transport spokesperson said:”We are working closely with the bus sector to mitigate workforce issues, as we have done throughout the pandemic.

“The DVSA has made 50,000 more bus, coach and HGV tests available each year, and the DVLA has sped up the processing of provisional bus driving licences to around five days.”