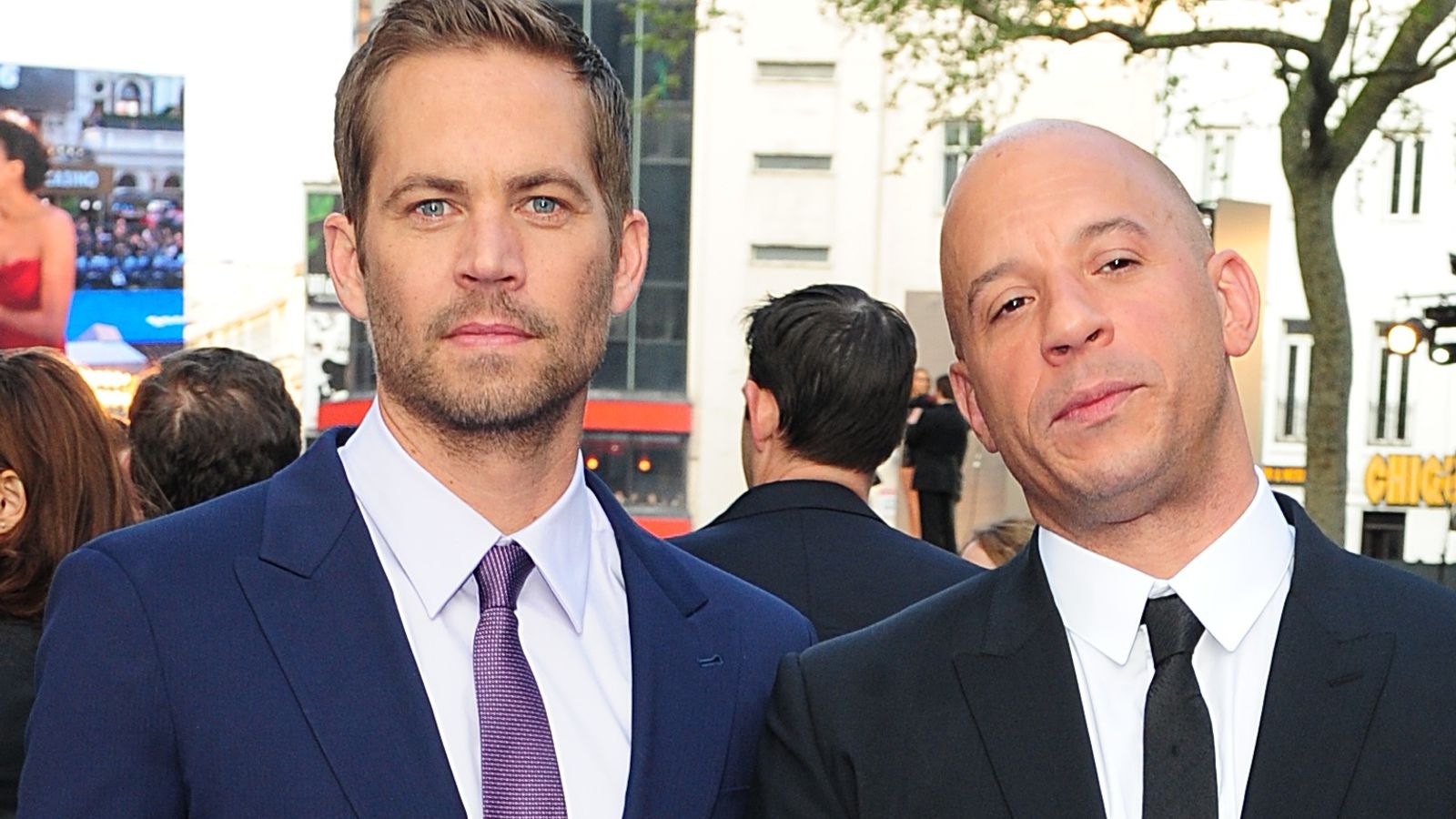 Vin Diesel walked the daughter of his Fast & Furious co-star Paul Walker down the aisle at her wedding.

The 22-year-old has shared photos on Instagram, including a black and white snap of Diesel linking arms with her as guests watch them walk down the aisle.

Her father – famous for playing Brian O’Conner in the Fast & Furious franchise – died in a car crash in 2013 when he was 40.

Walker also posted a video sharing highlights from the ceremony, including Diesel embracing the newlyweds, with the caption: “We’re married!!!!”

Her husband replied beneath the pictures: “Yes we are !!!”

One fan wrote: “Love the fact Vin Diesel got to walk you down the aisle. Your dad would have been proud.”

Image: Diesel starred alongside Walker in the hit films

Another added: “Way to go Vin for showing just how a great friend you are to Paul and taking care of his little girl and just a awesome human being you are.”

And a third posted: “It’s only right that Vin gets to walk her down the aisle.”

Walker also told Vogue the ceremony was a smaller affair than hoped.

She said: “The pandemic impacted our plans. Louis’s family wasn’t able to attend.

“A lot of close friends whom we consider family were also unable to attend due to travel restrictions.”