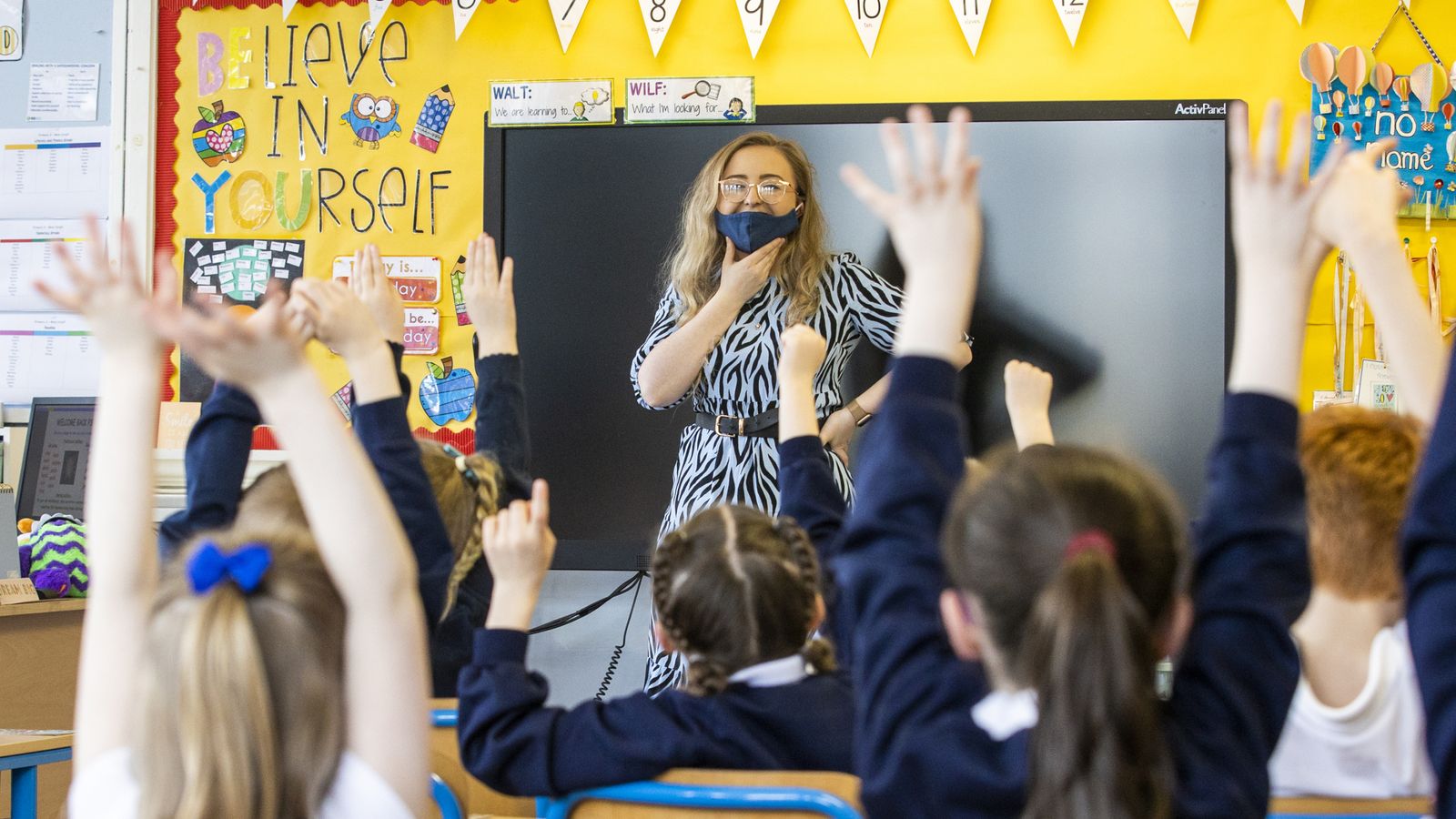 Millions of nurses, teachers and members of the armed forces will receive a pay rise next April as Rishi Sunak unfreezes public sector pay in the budget.

In his second pay giveaway in 24 hours, after announcing a rise in the national living wage, the chancellor confirmed he is ending a one-year COVID freeze imposed last November.

The size of the pay rises will depend on recommendations from independent pay review bodies, which set pay for frontline workforces including nurses, police, prison officers and teachers.

What can we expect from the budget?

The Treasury says the government will be running a full pay round and the awards will be announced next year once ministers respond to the pay review bodies’ recommendations.

Announcing his latest budget pay boost, Mr Sunak said: “The economic impact and uncertainty of the virus meant we had to take the difficult decision to pause public sector pay.

“Along with our Plan for Jobs, this action helped us protect livelihoods at the height of the pandemic.

“And now, with the economy firmly back on track, it’s right that nurses, teachers and all the other public sector workers who played their part during the pandemic see their wages rise.”

The chancellor says his temporary pay pause in November helped protect jobs at a time of crisis during the pandemic, but also ensured the gap between public and private sector pay did not widen further.

The Treasury also says that despite the public sector pay freeze, more than a million NHS workers received a 3% pay rise in 2021/22, meaning an average nurse will now receive around an additional £1,000 a year.

Mr Sunak signalled that pay rises for public sector staff were on the way in a Sunday TV interview when he said he would set out a “new pay policy” in his budget on Wednesday.

Asked if public sector workers could expect pay increases, the chancellor said: “That will be one of the things that we talk about in the spending review.”

According to the Treasury, public sector average weekly earnings rose by 4.5% in 2020/21 while private sector wage increases were a third lower than they were pre-pandemic, at only 1.8%.

But the government claims that despite the one-year break, most public sector workers will still see their earnings rise and their weekly earnings have increased by an average of 3% since April.

More questions than answers over end to pay freeze

With many of the press notices released by the Treasury before this Budget and Spending Review, there are still more questions than answers.

So, while the freeze may not be extended, we do not know the level of settlements, we do not know where the money will come from, and we don’t know whether these increases are likely to be high enough to exceed inflation.

Rachel Harrison, GMB national officer, said lifting the freeze “must be accompanied by real action – otherwise this will be nothing more than empty gesture politics”.

“This is big on promises but short on detail,” said Kevin Courtney, the National Education Union’s (NEU) joint general secretary.

“The chancellor must do more than win a day’s headlines. He must make good on this latest pledge to drive up pay for those who kept this country on its feet throughout the pandemic.”

Christina McAnea, Unison general secretary, said the freeze would persist “in all but name” unless government departments were given more money by the chancellor to fund salary increases.

And Royal College of Nursing general secretary and chief executive Pat Cullen said the move was a “tacit acknowledgement from ministers they have underpaid nursing staff”.

What are pay review bodies and how do they work?

Pay review bodies are groups of independent advisers employed by the government to make recommendations on public sector pay.

There are eight in the UK for the armed forces, doctors and dentists, other NHS workers, the prison service, teachers, police, National Crime Agency, and senior roles across the sectors.

They consider written and oral evidence from across the sector, speak to employers and unions, arrange visits and then weigh up their findings with the government’s current financial circumstances.

The decisions they make affect 2.5 million workers, which make up 45% of public sector staff and a payroll of around £100 billion.

Ministers do not have to accept their recommendations and ultimately decisions are made by the relevant secretary of state or the prime minister.

Each pay body is made up of a chairman and five to seven other members.

They are employed by the Office of Manpower Economic and receive salaries of £350 and £300 a day respectively.

Pay review body members must have “senior level experience” in either the public or private sector and can serve for a maximum of two three-year terms on any one group.

They have been subject to controversy over the years, with sectors furiously disagreeing with the bodies’ findings.

Most recently, they were drawn into the backlash after the government announced a 1% pay rise for NHS workers, which was described as a ‘thank you’ for their work during the pandemic but was criticised by unions and staff as a “pitiful” real-terms cut.

The news on public sector pay follows the Treasury’s announcement that the national living wage will increase from £8.91 to £9.50 an hour from next April, an extra £1,000 a year for a full-time worker.

Young people and apprentices will also see their wages boosted as the national minimum wage for people aged 21-22 goes up to £9.18 an hour and the apprentice rate increases to £4.81 an hour.

The living wage increase was the latest in a blizzard of pre-budget announcements by the Treasury in recent days which provoked an explosion of anger in the Commons from Speaker Sir Lindsay Hoyle.

“At one time ministers did the right thing if they briefed before a budget – they walked,” he told MPs with his voice trembling with rage.

As MPs shouted “resign!”, Sir Lindsay went on: “Yes absolutely, resign. It seems to me we’ve got ourselves in a position that if you’ve not got it out five days before it’s not worth putting out.

“It’s not acceptable and the government shouldn’t try to run roughshod over this house. It will not happen!”

Follow budget coverage live on Sky News on Wednesday with the chancellor’s announcement from 12.30pm