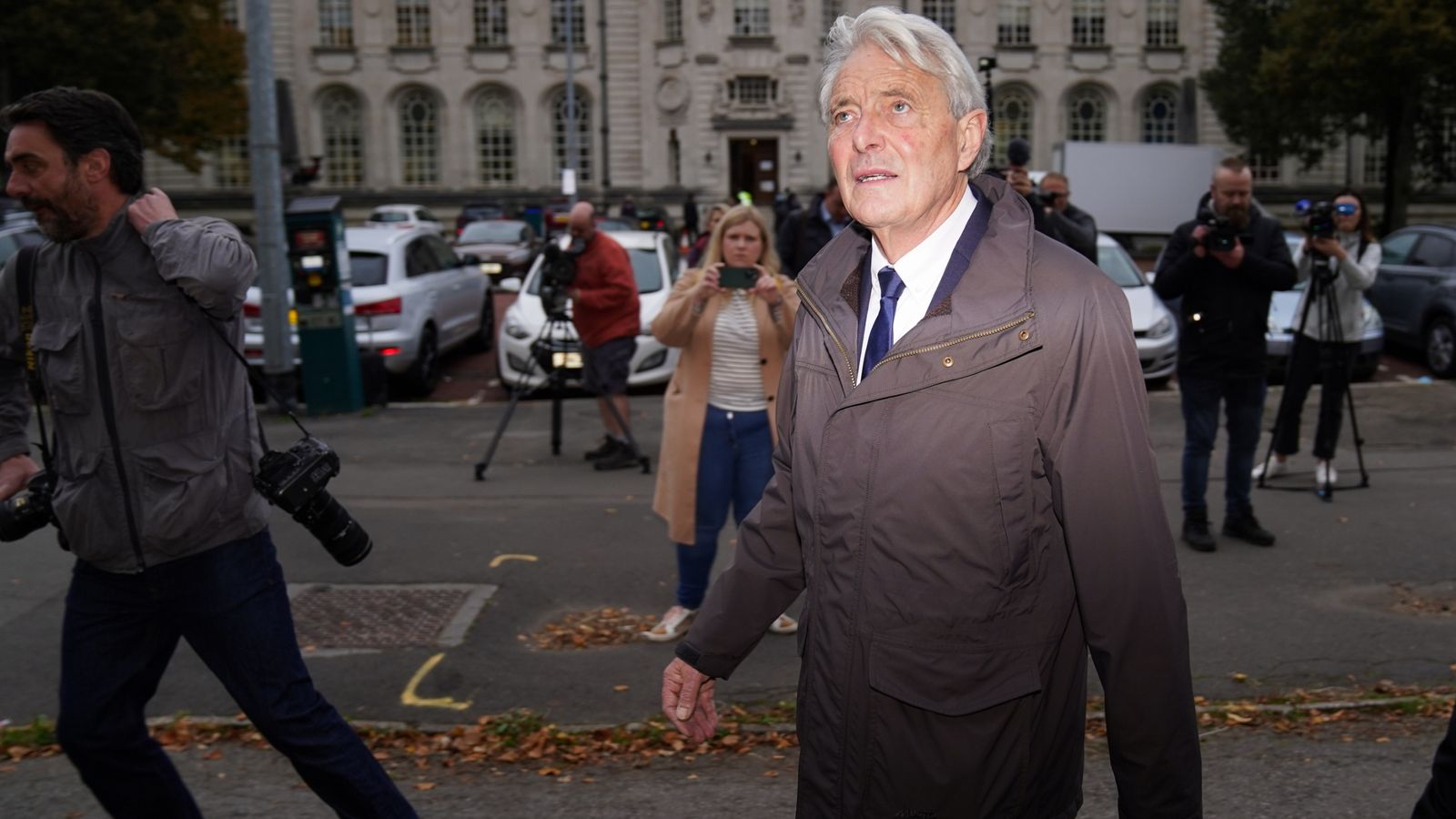 The operator of the plane which crashed killing footballer Emiliano Sala did not act recklessly, defence lawyers have claimed.

David Henderson’s involvement in the tragedy was “purely a paperwork issue”, jurors heard on Tuesday.

Henderson is charged with endangering the safety of an aircraft carrying Cardiff City striker Sala, 28, and pilot David Ibbotson, 59, who also died when the jet crashed off the Channel Island of Guernsey in January 2019.

Image: Tributes to Argentinian striker Sala, 28, after his death in January 2019

As plane operator, the 67-year-old was responsible for its maintenance and renting it out on behalf of the owner.

This included hiring Mr Ibbotson – despite being aware he did not have a commercial pilot licence and was not allowed to fly at night.

But Stephen Spence QC, defending Henderson, said the oversights were a “paperwork issue”.

Although he did not follow the regulations, it did not lead to a risk of danger, jurors were told.

Mr Ibbotson – an experienced pilot who had spent more than 3,500 hours flying – was legally responsible for ensuring a safe flight, Mr Spence said.

He said the only difference between a commercial licence and a private licence is whether you can carry passengers for money or not – and not about ability.

And he told the court it was a “matter of law” that the “responsibility for the safe conduct of a flight is vested with the pilot.”

“In many respects, he is like any one of you.”

But prosecutor Martin Goudie QC said in his closing speech that the “most basic checks” did not take place before the Argentinian striker boarded the plane.

Image: Sala pictured on 14 January 2018 at a FC Nantes match against PSG

“There was no paperwork, not even that of next of kin details,” he said.

“And, of course there are no records, because there wouldn’t be if you knew the pilot you were hiring was not qualified.

“This was an incompetent, undocumented, risk-creating and dishonest organisation.”

A jury inquest into Sala’s death was postponed until the conclusion of Henderson’s trial and is scheduled to start in February 2022.