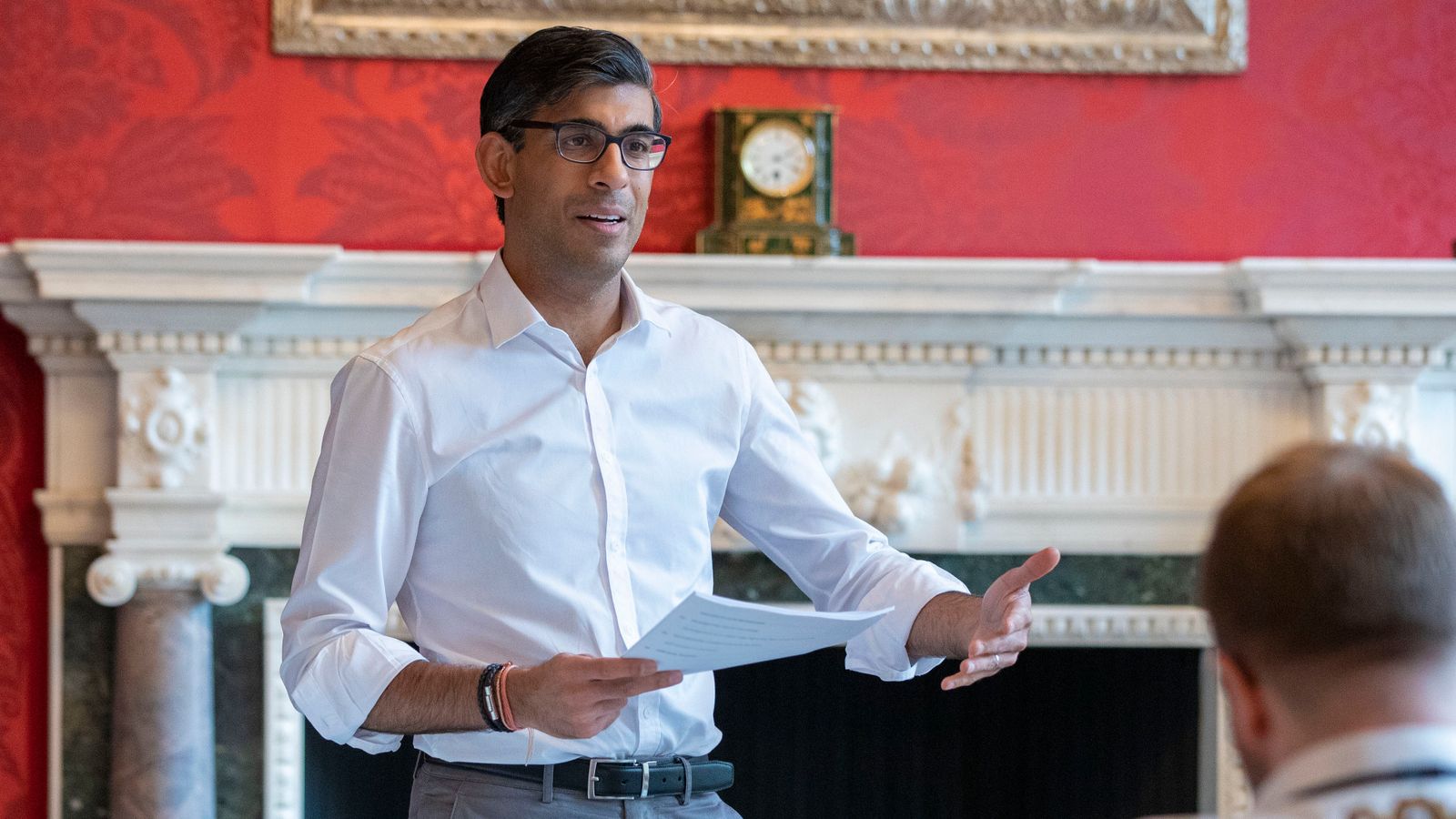 Rishi Sunak has claimed his budget will deliver a stronger economy “fit for a new age of optimism”.

In comments released by the Treasury ahead of the chancellor’s address to MPs in the Commons on Wednesday, Mr Sunak said the budget will commence the “work of preparing for a new economy post-COVID”.

Will you be better off? Get the latest updates here as Rishi Sunak unveils his budget

‘We’ll all be better off after budget’

“An economy fit for a new age of optimism. That is the stronger economy of the future.”

Ahead of the budget, MPs close to the chancellor were also optimistic, with transport secretary Grant Shapps telling Sky News the announcement will “absolutely” make people feel better off.

Robert Jenrick, former housing secretary and exchequer secretary to the Treasury, told Sky News’ Kay Burley: “There’s an uncertain picture across the world with inflation, shortages and issues that the chancellor will have to contend with.

“But, there are reasons for optimism, unemployment, in particular, is much lower than people expected and the British economy is growing, it’s going to be the fastest-growing of any G7 economy.

“So that does give the chancellor some room, room for two things, firstly for some more investment in public services to tackle the cost of living and a proper plan to grow the economy as we move forwards.

“But he’s going to have to balance that with the need to be fiscally responsible because of that continued uncertainty.”

Much of the contents of the chancellor’s economic set piece are already known, following a raft of announcements in recent days.

Extra funding for the NHS, more money for local transport, an end to the public sector pay freeze and rises in the national living wage and minimum wage have all been pre-trailed.

Other measures announced already include:

• £1.4bn to encourage foreign investment into UK businesses and attract overseas talent
• £700m to be spent mainly on the new post-Brexit borders and immigration system, as well as a new maritime patrol fleet
• £435m for victims services, crime prevention and the Crown Prosecution Service
• £560m for adult maths coaching to help increase numeracy
• A six-month extension to the COVID recovery loan scheme to June 2022

The announcements on pay, which will take effect in April, are the most high-profile so far.

However, critics have pointed out that the end of the Universal Credit uplift, an upcoming 1.25% rise in National Insurance and continuing cost of living pressures, including rising petrol prices and soaring energy bills, will mean that many of those who see their salaries bumped up will not be much better off in real terms, if at all.

Labour’s shadow chancellor Rachel Reeves said the chancellor has to “create a more resilient economy and take the pressure off working people” amid continuing cost of living pressures.

Setting out the party’s approach, she continued: “Labour would grow our economy, with our plan to buy, make and sell more in Britain, and a Climate Investment Pledge to create the jobs of the future.

“With costs growing and inflation rising, Labour would ease the burden on households, cutting VAT on domestic energy bills immediately for six months.

“And we would not raise taxes on working people and British businesses, while online giants get away without paying their fair share.”

Minister: Chancellor is ‘keen to give a pay rise’

Meanwhile, the Liberal Democrats said Mr Sunak was treating education as an “afterthought”.

“Rishi Sunak is setting up our children to fail, while hammering families with tax hikes and a cost of living crisis,” party leader Sir Ed Davey said.

“We need an emergency children’s budget, with £15bn for schools catch-up funding as recommended by the government’s own adviser.

“Parents and children who have sacrificed so much during the pandemic deserve a fair deal.

“Instead this budget looks set to treat education and our children’s future as an afterthought.

“You can’t build a strong economy without investing in younger generations and allowing them to fulfil their potential.”

Ian Blackford, Westminster leader of the SNP, warned the chancellor he must not “short-change” Scotland, calling for a “multi-billion-pound Brexit Recovery Fund – to provide Scotland with compensation and to ensure proper financial support for struggling businesses and industries”.

“With Brexit playing a major role in the ongoing severe staffing shortages, rotting food in the fields, empty supermarket shelves, plunge in UK exports, and rising cost of goods and services, the chancellor must wake up and smell the coffee before that also ends up running out in our stores,” he said.

The series of pre-announcements ahead of the budget has angered Commons Speaker Sir Lindsay Hoyle, who allowed a second urgent question in as many days on Tuesday to compel ministers to appear before MPs to answer questions on the budget.

“I was disappointed to see more stories in the media today with apparently very well-briefed information about what will be in tomorrow’s budget,” the speaker told the Commons.

“Let us get the message across that these elected members represent this United Kingdom. It is not done through Sky TV.”

Follow budget coverage live on Sky News with the chancellor’s announcement from 12.30pm