UK weather: Met Office warns of life-threatening floods as month’s worth of rain set to fall in 24 hours 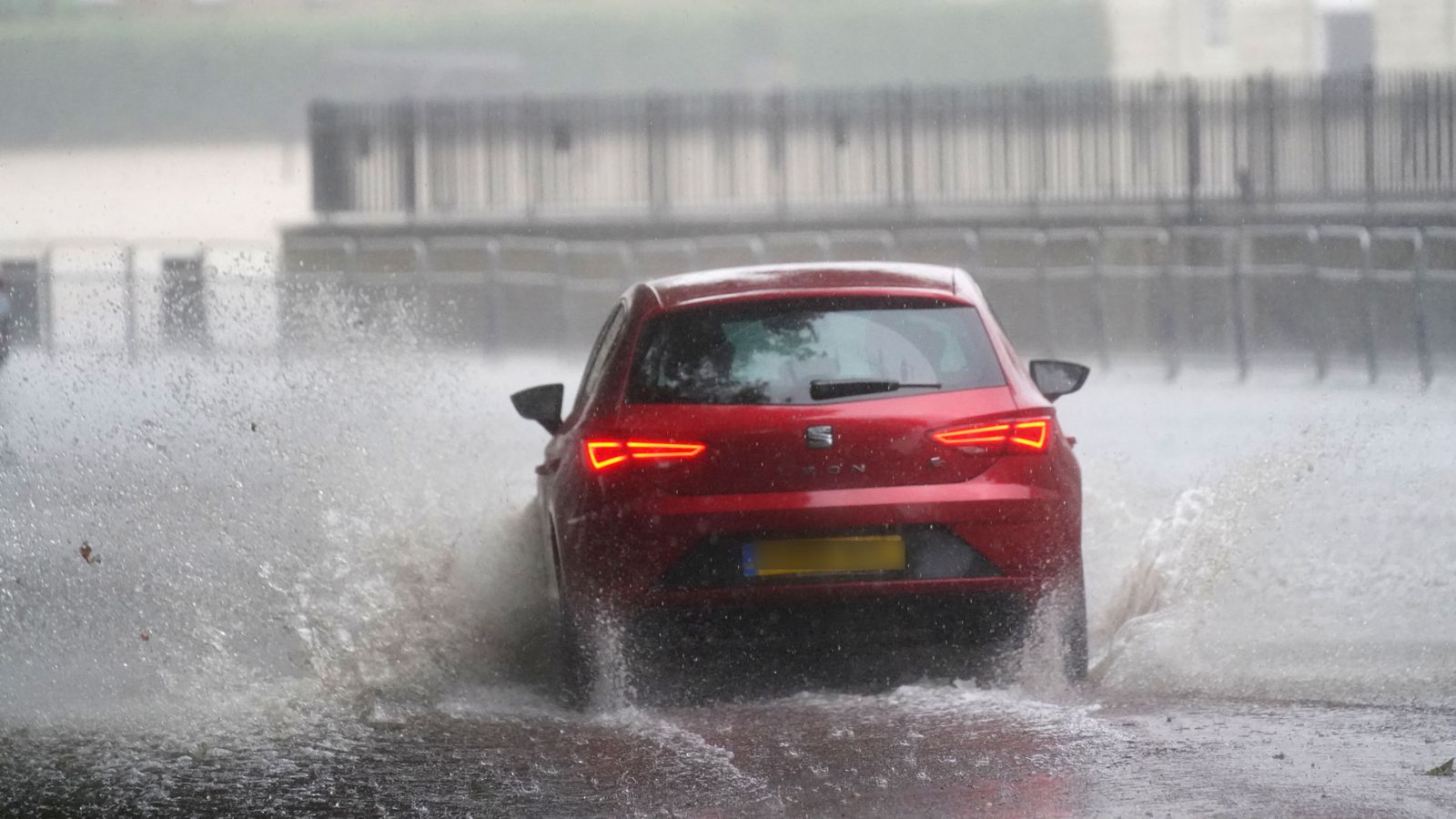 The Met Office has warned of life-threatening flooding as it issued amber weather warnings for rain in north-west England and south-west Scotland.

The agency said up to 300mm is expected to fall in parts of Cumbria from Wednesday afternoon and will not likely ease until Thursday night.

“In a 24-hour period you could see a month’s worth of rain,” Met Office meteorologist Annie Shuttleworth said.

Be alert to the dangers of flood water:

Never enter flood water on foot or in a vehicle.

“The rainfall total is much higher than the average rainfall for this time of year, definitely, and in general, for any time of year it’s a lot of rainfall in a short period of time,” she said.

Two months’ worth of rain could fall in some local spots, Ms Shuttleworth said, adding that the region sees an average of 160mm in a typical October.

Dumfries and Galloway in south-west Scotland are forecast to be hit by downpours from 9pm on Wednesday, lasting until 9am on Thursday.

The Met Office said there could be a “danger to life from fast-flowing or deep floodwater”.

The amber alerts also warn of potential damage to homes and businesses from flooding, dangerous driving conditions and travel disruption.

Communities could be cut off by flooded roads and face power cuts, according to the Met Office.

Image: The Met Office has warned of life-threatening flooding

Cumbria Fire and Rescue Service said residents should “be alert to the dangers of flood water”.

“Never enter flood water on foot or in a vehicle. Call 999 if life is at risk – we’re here to help,” the service tweeted.

The Scottish Environment Protection Agency (Sepa) tweeted: “A band of persistent & heavy rain in the south may lead to localised flooding from surface water & watercourses on Wednesday causing disruption to travel & flooding of low-lying land, especially in built up areas.”

The agency issued a flood warning for Ettrick Valley, while three flood alerts were in place in the Scottish Borders.

Network Rail said speed limits and reduced services would be in place on some routes between Wednesday and Friday, with disruption to the West Coast Mainline.

Passengers travelling between Glasgow or Edinburgh and Carlisle are being advised to travel only if the journey is “absolutely necessary”.

Liam Sumpter, Network Rail Scotland route director, said: “The safety of our passengers and colleagues is our main priority during periods of poor weather, and slowing services down and running fewer trains will help us manage these conditions for everyone.”

The rain lashing the UK is due to a stream of warm moist air that has moved up from the tropics, Ms Shuttleworth said.

On Thursday, south-west England and Wales are forecast to be hit, with a yellow weather warning for rain across much of Wales until Friday afternoon.

Some disruption is expected, particularly in the Brecon Beacons and Snowdonia, though not as widespread or impactful as other affected areas of the UK, according to the Met Office.

The rest of the country is seeing mostly cloudy weather on Wednesday with some sunny spells.