Brexit: UK gearing up for major clash with EU as it convenes committee to look at fallout from triggering Article 16 and suspending Northern Ireland cooperation 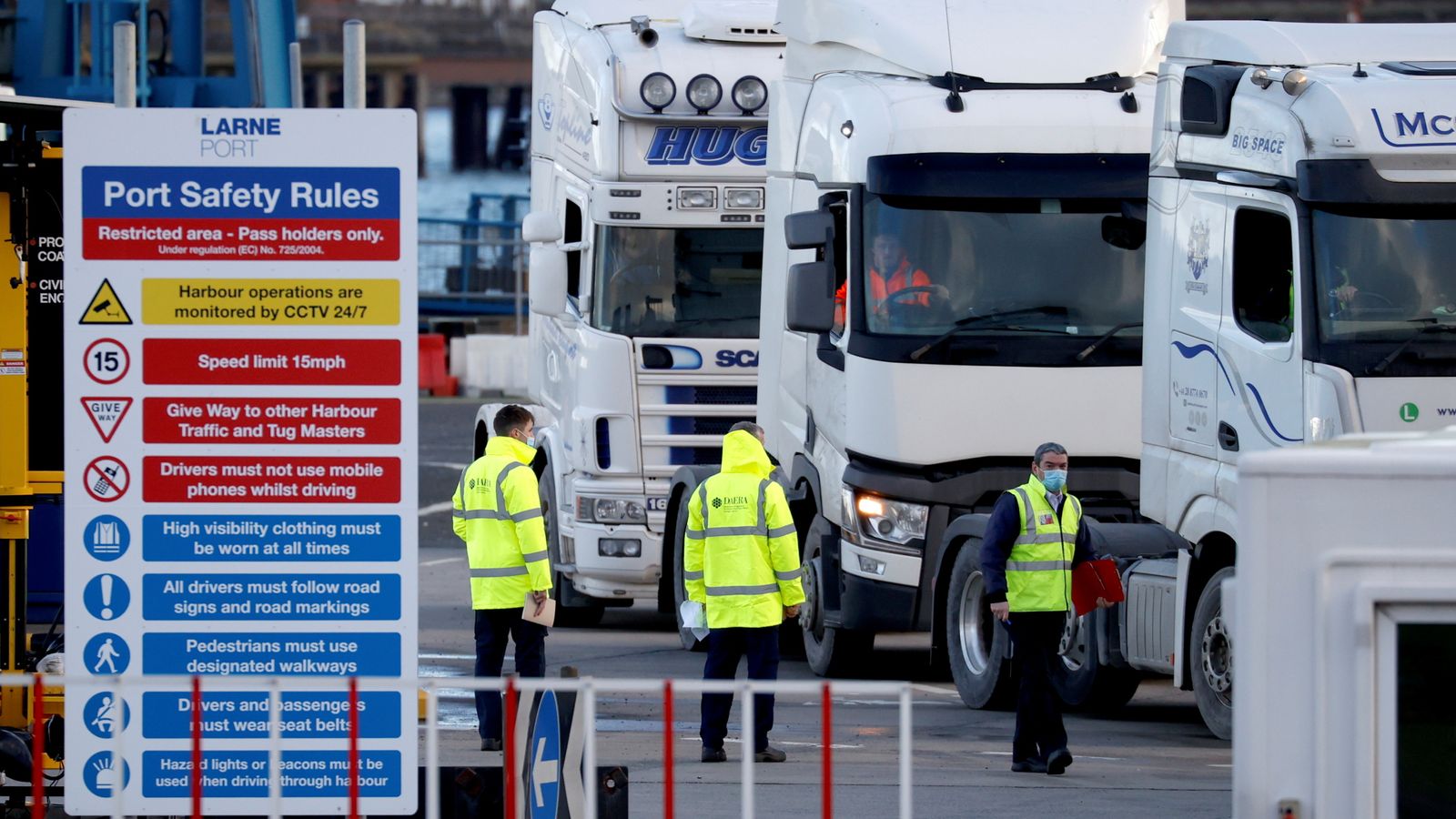 Britain has begun preparations for a major clash with the EU by activating a key government committee to look at the fallout from suspending cooperation over Northern Ireland, Sky News has learnt.

Ministers are holding discussions inside the key cabinet committee, which oversaw Brexit fallout preparations, about the repercussions of triggering Article 16, which allows the UK to stop following some parts of the Northern Ireland Protocol.

The discussions on the practical implications of triggering the emergency mechanism in the Northern Ireland Protocol are being held in the “XO” cabinet committee, a pivotal institution inside government last year during Brexit talks when facing the threat of “no deal”.

What is the Northern Ireland Protocol?

This committee has now been named as GB(O) committee or Global Britain (O) inside Whitehall.

Amid deteriorating relations with France and other EU capitals, Sky News understands the issue of “Article 16 readiness” is back on the agenda for a meeting shortly.

Government sources stress that the GB(O) Committee has already discussed the issue, and that the fact the issue is again on the agenda cannot be taken as a sign that Britain intends to trigger Article 16.

Negotiations with the EU over Northern Ireland are ongoing, and sources say that a negotiated outcome “is our focus and highly preferable”, not least because there is more flexibility in negotiations now than through the Article 16 process.

Article 16 is an emergency break clause in the Northern Ireland Protocol that allows either the UK or EU to stop following some of the rules under certain circumstances.

Separately, cabinet ministers have been suggesting it could come as soon as mid to late November, after the COP26 climate change summit where the UK must work alongside the EU and the US, which is worried about such a move.

Downing Street believes that negotiations cannot drag on forever, pointing to an end of November deadline for the current round of talks.

This comes as Sky News has learnt:

Relations are worsening over Britain’s Brexit deal, which keeps Northern Ireland tied to EU rules on goods and part of the single market, overseen by the European Court of Justice.

Britain says the EU has been implementing rules too stringently and wants the ECJ removed from oversight of the protocol, threatening to trigger Article 16 if they fail.

The news that a critical committee is now discussing the fallout from triggering Article 16 will be seen as evidence that the chances of Britain triggering the move are growing.

Lord Frost has been meeting Tory MPs in order to minimise dissent in the event Boris Johnson decides to trigger Article 16.

One MP said: “The message was: trust us. He was saying please keep your head down on the issue and don’t interfere, arguing they did Brexit so they know what they’re doing.

“He pointed out that the Irish are in a difficult position, as are the French and the Germans don’t have a government.”

The Tory MP added that while they did not say triggering Article 16 was a certainty, he was making clear that MPs should be “prepared for all eventualities”.

The MP said they believed they wanted to get “beyond the bumps in the road” over issues such as fuel before triggering Article 16.

Tory MPs told Sky News they believed Lord Frost has largely squared off opposition from Remain-voting Tory MPs, some of whom were suspended before the last election for voting against Mr Johnson’s Brexit tactics.

“It will rally the troops”, one Tory MP who supported Remain said.

Stephen Port: Serial killer made up story about second victim to cover up murder, inquest told