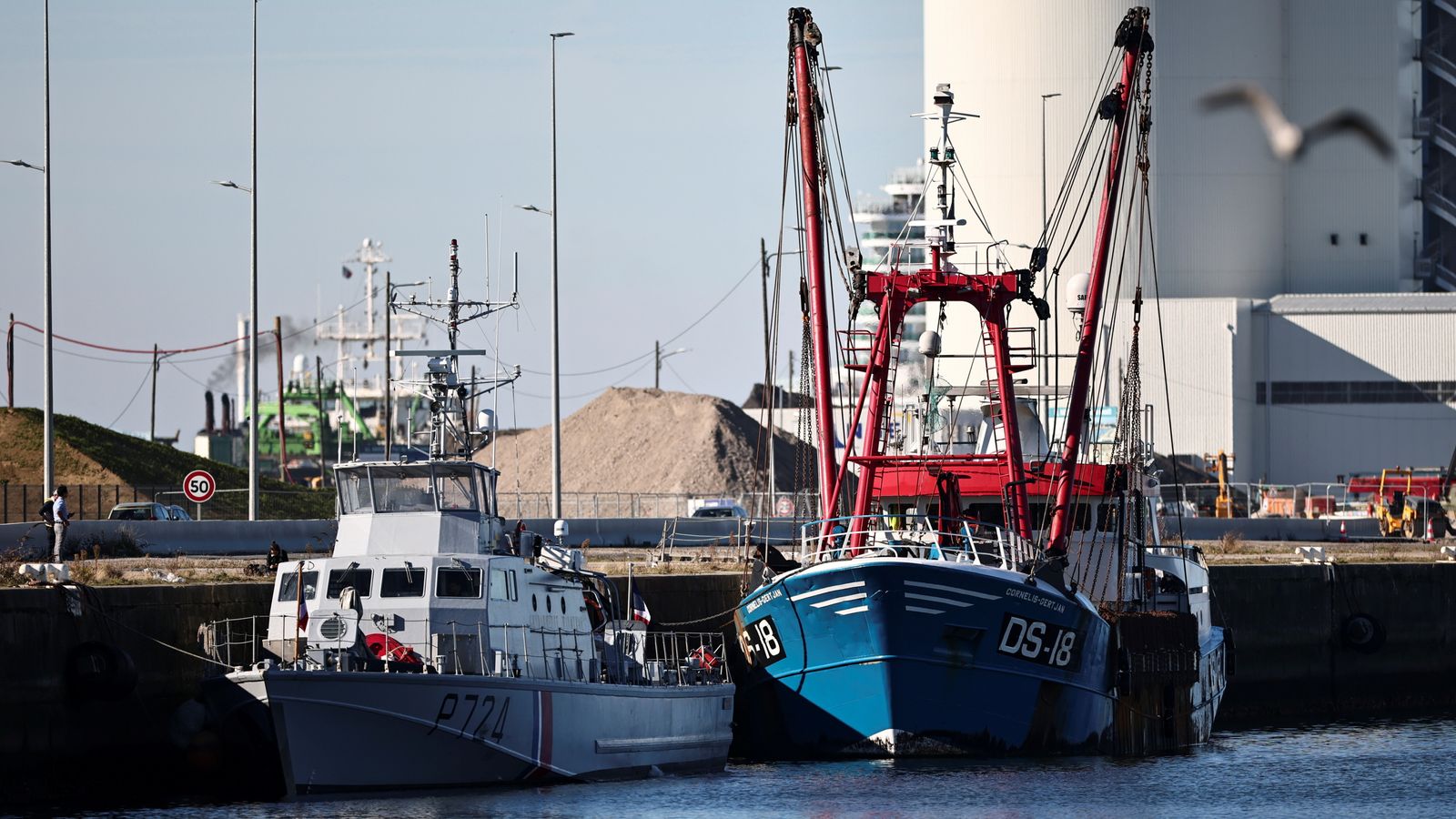 The UK has summoned the French ambassador after a British scallop trawler was detained – as a row over fishing rights continues to escalate.

A government spokesman condemned “unjustified” threats from France over further action amid the ongoing dispute.

I have instructed Europe Minister Wendy Morton to summon the French Ambassador to the UK for talks tomorrow to explain the disappointing and disproportionate threats made against the UK and Channel Islands.

“The proposed French actions are unjustified and do not appear to be compatible on the EU’s part with the Trade and Cooperation Agreement (TCA) or wider international law,” a UK government spokesperson said.

“We regret the confrontational language that has been consistently used by the French government on this issue, which makes this situation no easier to resolve.

“We have raised our concerns strongly with both the French and the EU Commission. As a next step, the foreign secretary has instructed minister Morton to summon the French ambassador.

“We repeat that the government has granted 98% of licence applications from EU vessels to fish in the UK’s waters and, as has consistently been made clear, will consider any further evidence on the remainder.”

Lord Frost said: “I remain concerned by French plans on fisheries and beyond. We expect to have more to say on this issue tomorrow.”

French maritime minister Annick Girardin said earlier that it is “not war, it’s a fight”, after Paris warning it could ban British fishing boats from disembarking at French ports from next week if tensions are not resolved.

Clement Beaune, France’s Europe minister, said on CNews TV: “So now, we need to speak the language of strength since that seems to be the only thing this British government understands.”

Andrew Brown, director of Macduff Shellfish which owns the detained vessel, told Sky News the boat was being used as a “pawn in an ongoing dispute” between the two countries.

It was ordered to divert to the Port of Le Harve after the authorities said it was fishing in French waters without a licence.

Another British trawler was fined for obstruction after refusing to let police on board to carry out checks.

France says its fishermen have not been issued with half the licences they are entitled to allowing them to fish in British waters under the terms of the Brexit agreement.

Paris protested against the decision last month by the UK and the Channel Island of Jersey to refuse dozens of French fishing boats licences to operate in their territorial waters.

France considers these restrictions contrary to the post-Brexit agreement the UK signed when it left the EU.

It has released a list of sanctions that could apply from 2 November if the row is not resolved: