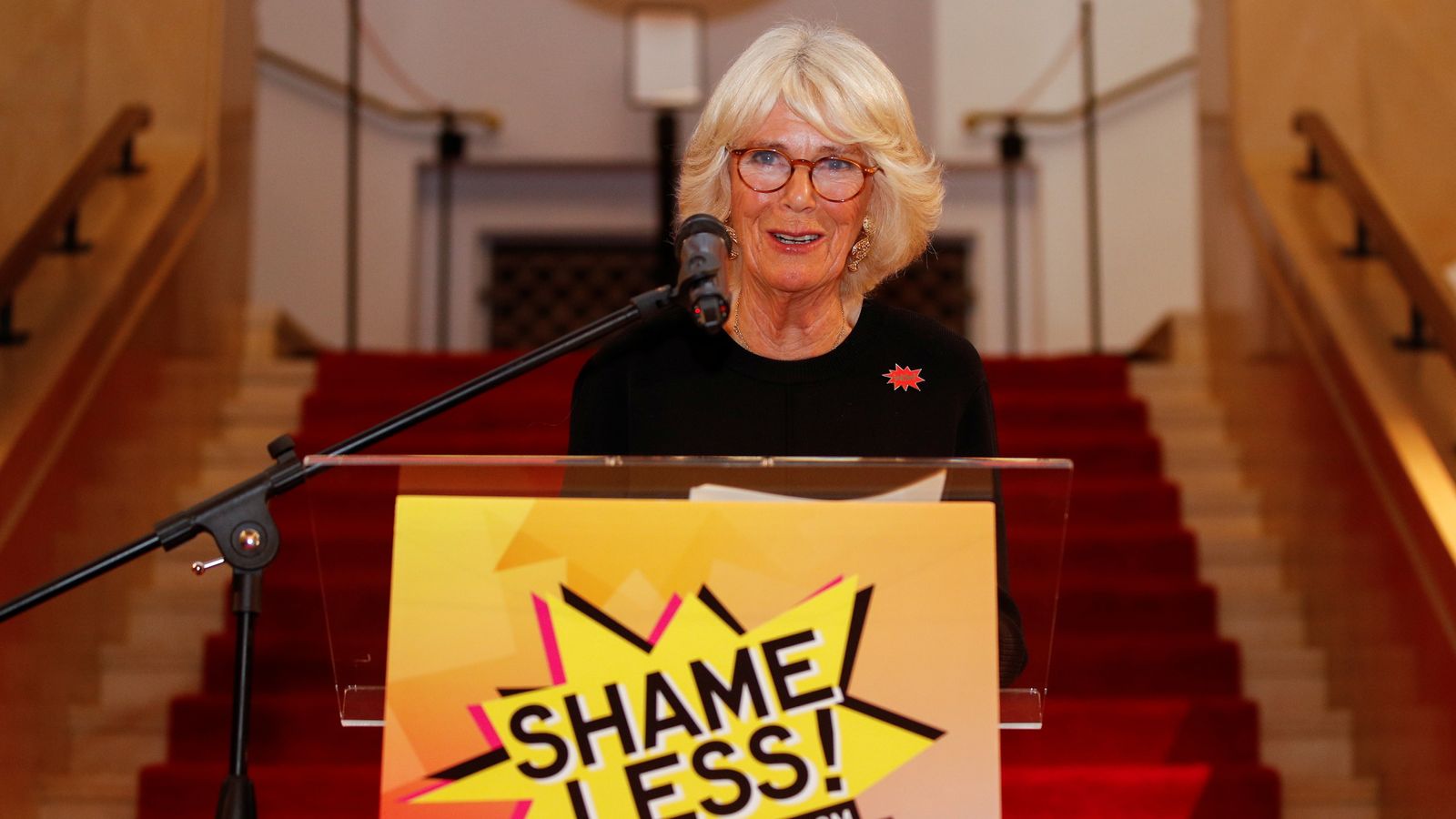 The Duchess of Cornwall has condemned the way society has come to believe that “violence against women is normal”, asking: “How many more women must be harassed, raped or murdered?”

In the most powerful speech of her royal life Camilla spoke of her sympathy for the families of Sarah Everard, Sabina Nessa and other victims, and the “unimaginable torment” the women had suffered.

She made the comments at an event hosted by Women of the World (WOW) at the Wellcome Collection in London, where she was also joined by Carrie Johnson, the prime minister’s wife.

Launching WOW’s Shameless festival, encouraging activism against sexual violence, which takes place in London next month, Camilla said: “We need to get the men in our lives involved in this movement.

“We do not, in any way, hold all men responsible for sexual violence. But we do need them all on board to tackle it. After all, rapists are not born, they are constructed.

Names of women are read out at protest in Manchester.

“And it takes an entire community – male and female – to dismantle the lies, words and actions that foster a culture in which sexual assault is seen as normal, and in which it shames the victim.

“So let us all leave here today and try and get the men in our lives to participate in building a ‘shameless’ society. Because how many more women must be harassed, raped or murdered before we truly unite to forge a violence-free world?”

The first royal to talk in detail about the high profile deaths of women in recent months, she said: “This country has been appalled and saddened by the loss of women to violence this year.

“On average, one woman is killed by a man every three days. Sarah Everard, Sabina Nessa, Wenjing Lin, Geetika Goyal and Bennylyn Burke are names which, with all the others, must never be forgotten.

“Each one of these women endured unimaginable torment – and their loved ones who are left behind continue to suffer in the wake of their deaths.”

Royal aides said the duchess had personally invited Carrie Johnson to the reception because of her own commitment to campaigning on the issue of sexual violence.

Three years ago she bravely waived her right to anonymity to reveal that she had been a victim of ‘black cab rapist’ John Worboys, thought to be Britain’s most prolific sex attacker.

She described how she was a 19-year-old student when she was offered a lift in 2007 by the rapist. She believes her drink was spiked as she remembers very little else, and was among 14 women who gave evidence against Worboys in 2009.

Highlighting the impact of sexual violence against women through rape and domestic violence has been a key focus of Camilla’s work for a number of years, but a previous sense of caution or nervousness about giving voice to her concerns appears to have been replaced by a greater sense of determination to speak out against the shame felt by victims and survivors.