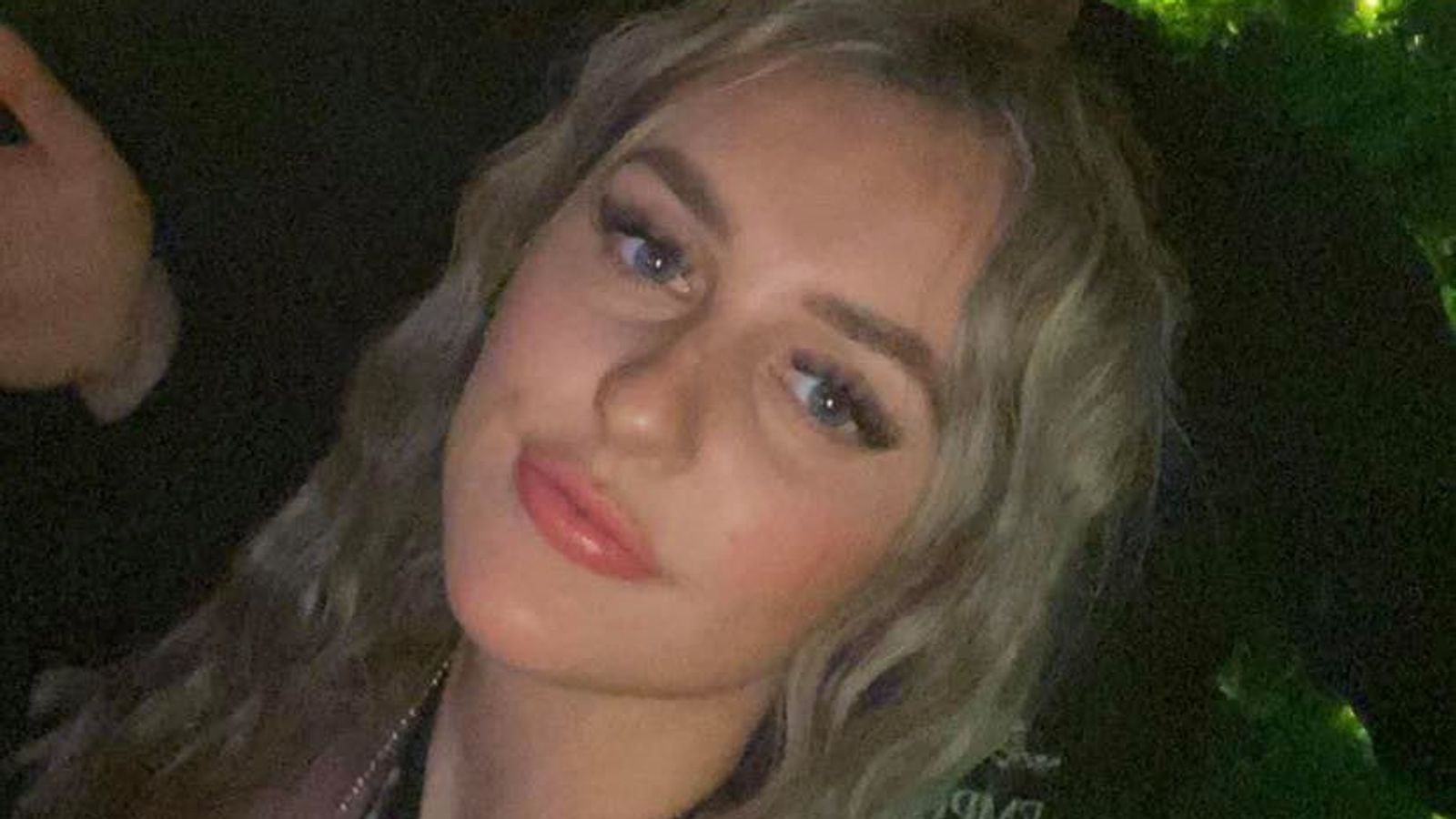 A teenager who was spiked by a needle at a Preston nightclub has said she is “shocked” and “upset” after the “disgusting” incident.

Georgia Hills went to Switch nightclub at the weekend for a birthday celebration with friends, where she said someone injected her in the leg with a date rape drug.

The 18-year-old student told Sky News there was a “turning point” where she does not remember what happened, but friends later told her she was “absolutely a mess” and “doing things that are really out of character”.

Image: The needle mark on Georgia Hills’ leg was surrounded by bruising

Her friends told her people approached her and she allowed them to “linger” around her when ordinarily she would have told them to leave her alone.

They said someone tried to grab her at one point.

“I have absolutely no idea how I got home,” she said, adding that she thinks someone must have put her in a taxi.

She seemed to think she was in Liverpool and was saying things that did not make sense, according to her mother.

The next day she discovered she had scratches all over her body – she does not know what caused them.

Her mother noticed a needle mark on her leg and took her to A&E, where a puncture wound was confirmed.

Image: Georgia Hills said she feels ‘lucky that nothing else happened’

“The next thing I remember – I don’t remember waking up – is just being in hospital,” she said.

She was given the Hepatitis B vaccine and underwent blood tests which show there were no long-term health complications.

Medics were unable to determine what type of drug was used.

Image: Georgia Hills’ mother Tammily (centre) took her to A&E when she noticed the needle mark

“I was fading in and out of consciousness in my chair while waiting,” she said, “and then I was sick at one point.”

Police are investigating the incident, which has been classified as “intent to rape”.

“I felt really shocked that it was me,” Ms Hills said. “You never think it’s going to actually happen to you or your friends.”

She said she is still dealing with the psychological impacts of the attack.

“I’m really, really upset every time I’m by myself,” she said.

Switch told her she was the only person who had been confirmed as a victim at the nightclub.

She said: “I know I probably wasn’t targeted, it was probably a random person, but now you think, ‘who was it and why did they target me?'”

She said she feels “lucky that nothing else happened” and that her friends were there to protect her.

“It’s absolutely disgusting, really, the fact that there are other people out there that are doing that now,” she said.

Ms Hills urged anyone who feels out of character following a night out to check for an injection mark because she did not feel the needle and the bruising was subtle enough that it could have gone unnoticed.

She said she wants to see nightclubs searching every single person going in to prevent this from happening to anyone else.

Names of women are read out at protest in Manchester.

The venue said earlier this week: “Customer safety is paramount to us, and we pride ourselves on having the least amount of police incidents reports cases, although being the busiest venue in Preston.”

Switch said it has safety policies that include randomly searching people on entry to the venue, signage about drink spiking, cup covers and door supervisors.