Rotherham: Three teenagers who died after their car hit a tree named by police 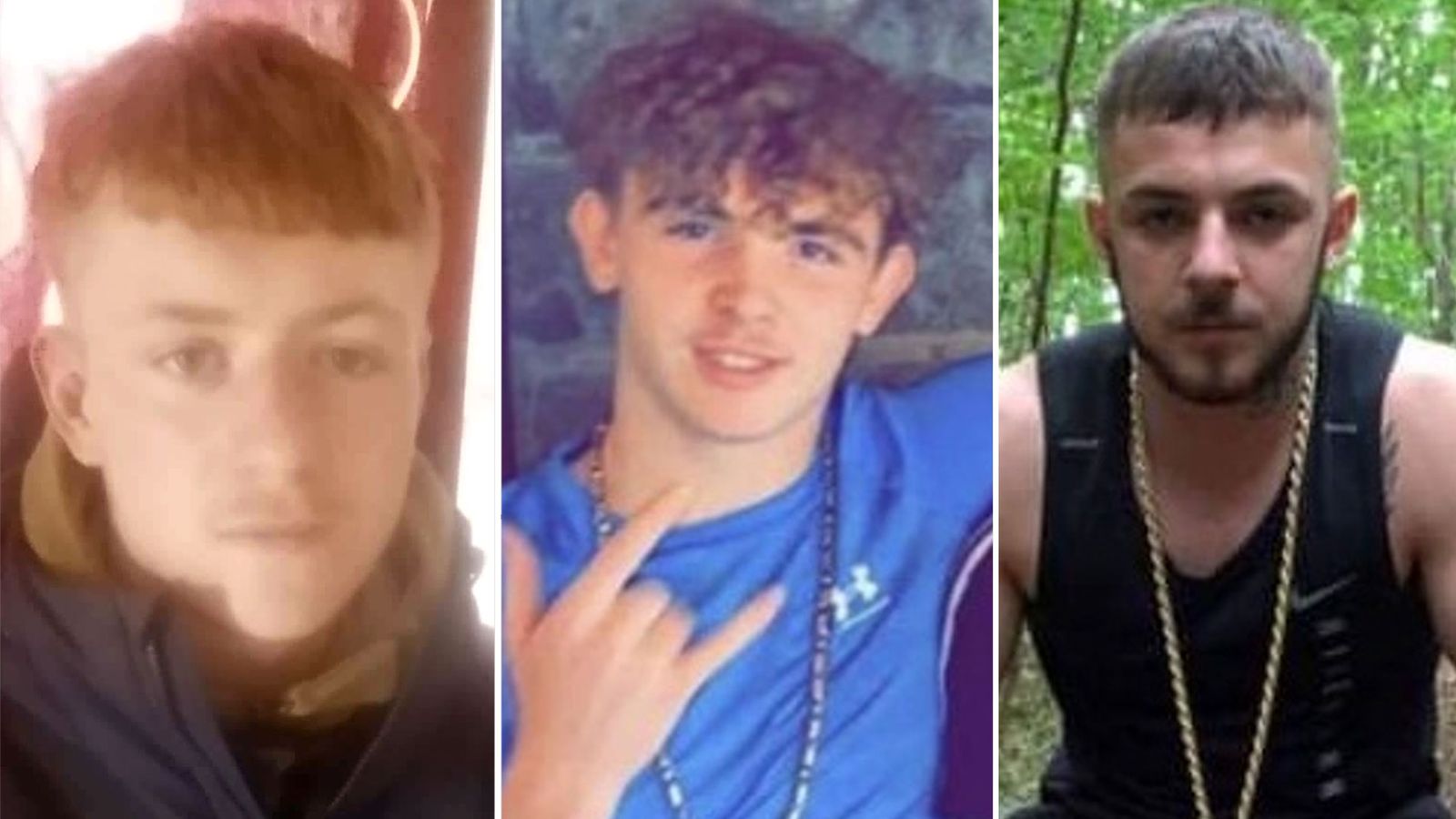 Three teenagers who died after the car they were travelling in crashed into a tree have been named by police.

Martin Ward, 18, of Swallownest in Rotherham, Mason Hall, 19, from Woodhouse in Sheffield, and Ryan Geddes, 19, of Kiveton Park, also in Rotherham, died on Sunday.

South Yorkshire Police were called to Kiveton Lane, in Rotherham, at around 6.10pm, after a white Ford Fiesta left the road and hit a tree.

All three young men were pronounced dead at the scene.

Image: Flowers have been left at the crash site

The crash happened on a short 40mph stretch of country road between the villages of Kiveton Park and Todwick.

On Wednesday, the force said in a statement: “The families of all three men have expressed their wish to have their privacy respected at this time and will not be issuing any further statements or tributes publicly.”

Mr Hall’s grandfather, Peter Hall, paid tribute to his grandson on Monday, saying he had only celebrated his 19th birthday a few days ago.

He added that his grandson came to see him last week and told him: “I don’t come to see you that often, grandad, but I do love you.”

Friends and family of the three teens gathered around the tree the car hit on Monday, to lay flowers.

One message said: “Such a nice lad who had so much to live for. Our thoughts are with you and your family.”

Another said: “It was a privilege to have worked with you and known you over the years. You were always so respectful and made time for others.”

Police have urged witnesses or anyone with information about the incident to come forward.

Anyone travelling along Kiveton Lane at the time who may have captured anything via dashcam, or anyone in the area who may have seen or heard anything, is asked to call 101, message South Yorkshire Police via social media or use the force’s online reporting portal, quoting incident number 676 of October 24