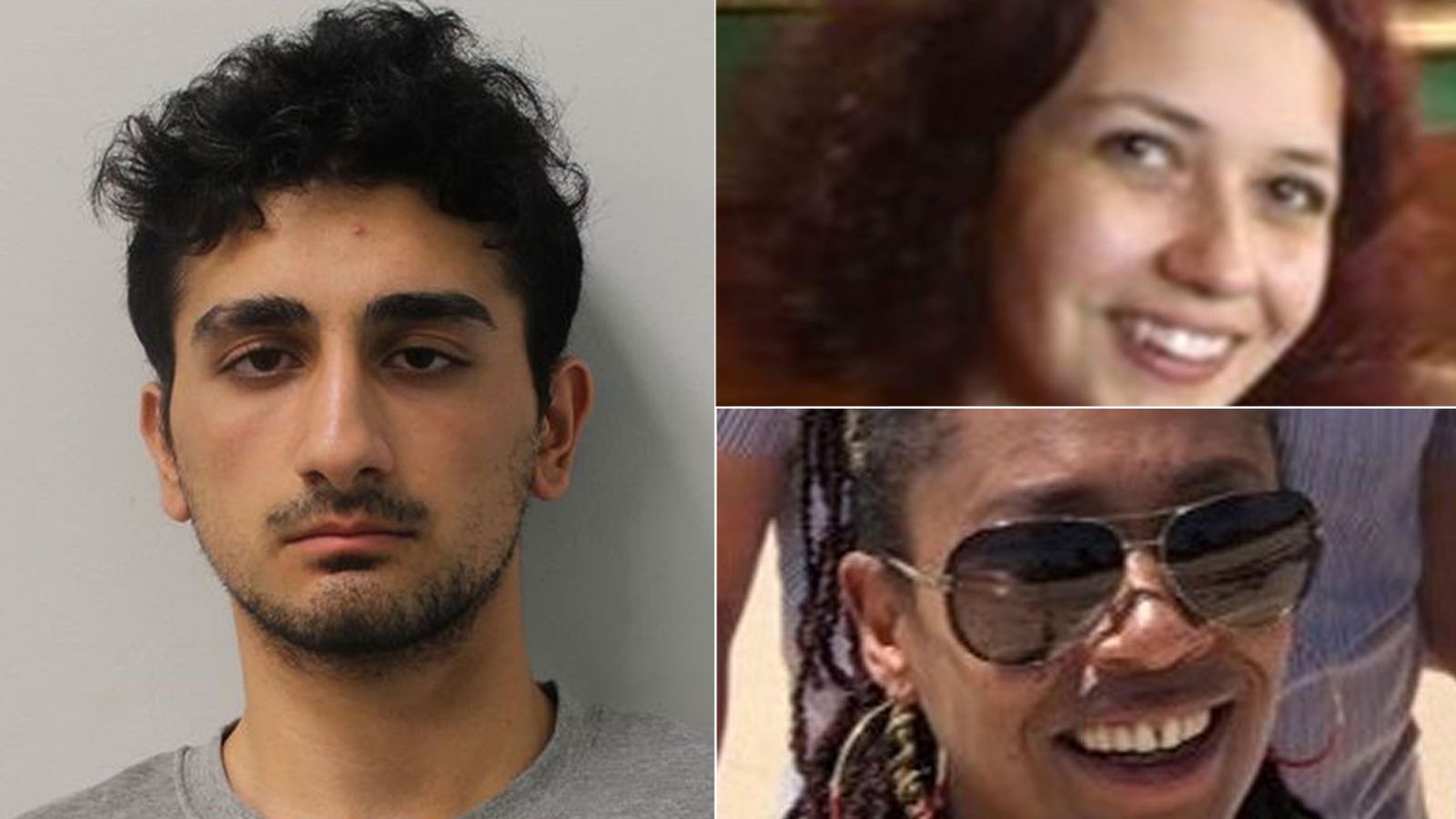 A teenager who murdered two sisters after believing he had made a chilling pact with a demon has been jailed for at least 35 years.

Danyal Hussein, 19, has never explained his motive, but at his home detectives found a hand-written “contract” with “the mighty king Lucifuge Rofocale” in which he promised to sacrifice women in return for a big lottery win. Hussein had signed his name in his own blood.

In a frenzy he stabbed sisters Bibaa Henry and Nicole Smallman as they danced alone in a park late at night after a lockdown party with friends in June 2020 to celebrate Bibaa’s 46th birthday.

Image: Nicole Smallman and Bibaa Henry were celebrating in a park when they were murdered. Pics : Met Police

Speaking after the sentencing at the Old Bailey their mother, Mina Smallman, said justice had been done for her “beautiful girls” but she vowed to stop Hussein ever being released from prison.

Hussein had denied murder, but did not give evidence and was convicted after a trial in July, with his sentence postponed for psychiatric reports.

Appearing for sentencing today via video link from Belmarsh jail for “COVID reasons”, Mrs Justice Whipple sentenced him to life in prison with a minimum term of 35 years.

She told Hussein: “You had found these two women. You were a stranger to them. You surprised them, you terrified them and you killed them.”

The judge said the lives of his victims’ loved ones had been “shattered” and referred to a victim impact statement by the sisters’ mother who described being “haunted” by the knowledge of how her children suffered.

On the pact with the devil, the judge said: “I am sure you performed these murders as part of that bargain for wealth and power.”

As “bizarre” as the pact seemed, it was part of his belief system, she added.

Image: Hussein had ‘shattered’ the lives of his victims’ loved ones, the judge said

Hussein was a troubled child growing up in south London and at the age of 15 teachers referred him to the government’s counter-extremism programme Prevent after he was found to be accessing far-right propaganda on school computers.

He was discharged from the de-radicalisation programme three years later, but after the murders police discovered he had been entering online Satanic forums and researching right-wing ideology.

In June last year, during a COVID lockdown, he came across his victims in Fryent Country Park in Wembley, North London. The sisters had stayed on after dark playing music and dancing when their party guests had left.

Hussein stabbed Nicole 28 times and Bibaa eight times before fleeing the scene, though he cut himself during the attack and his DNA and CCTV footage led police to him a month later.

In the ‘contract’ detectives found in his bedroom Hussein had promised to “perform a minimum of six sacrifices every six months for as long as I am free and physically capable” and said he would “sacrifice only women”.

In return he would win the Mega Millions Super Jackpot lottery and “receive fruitful rewards” including “wealth and power.” In the 10 days after the murders Hussein spent £160 on lottery tickets.

Speaking about Hussein’s behaviour in court, Mrs Smallman said: “It’s all a performance. There is nothing wrong with him. He’s just an obnoxious human being.

“He is a broken human being who, if he had not been caught, four other families may have been suffering what we have.

“Well he ain’t out there now and I think he is so deluded, come 35 years’ time they will not let him out.”

After his conviction Detective Chief Inspector Simon Harding said Hussein was “a very, very dangerous and evil person. I believe he would have carried on killing”.

Image: Hussein’s signature written in blood on his ‘contract’ with ‘King Lucifurge Rofocale’

Mrs Smallman later condemned the Metropolitan Police for not searching for her daughters properly after they were reported missing.

Friends discovered their bodies two days later, their limbs entwined, in undergrowth close to where they were last seen in the park.

An investigation by the Independent Office for Police Conduct agreed the police response was “unacceptable”, but found no racial bias.

The Met Commissioner Dame Cressida Dick apologised and said a better response would have saved family and friends “immeasurable pain”.

She said: “I am very sorry the level of service fell short.”

The commissioner has offered to meet the family to apologise in person.