Penelope Jackson: What murder trial revealed about pensioner who stabbed husband to death 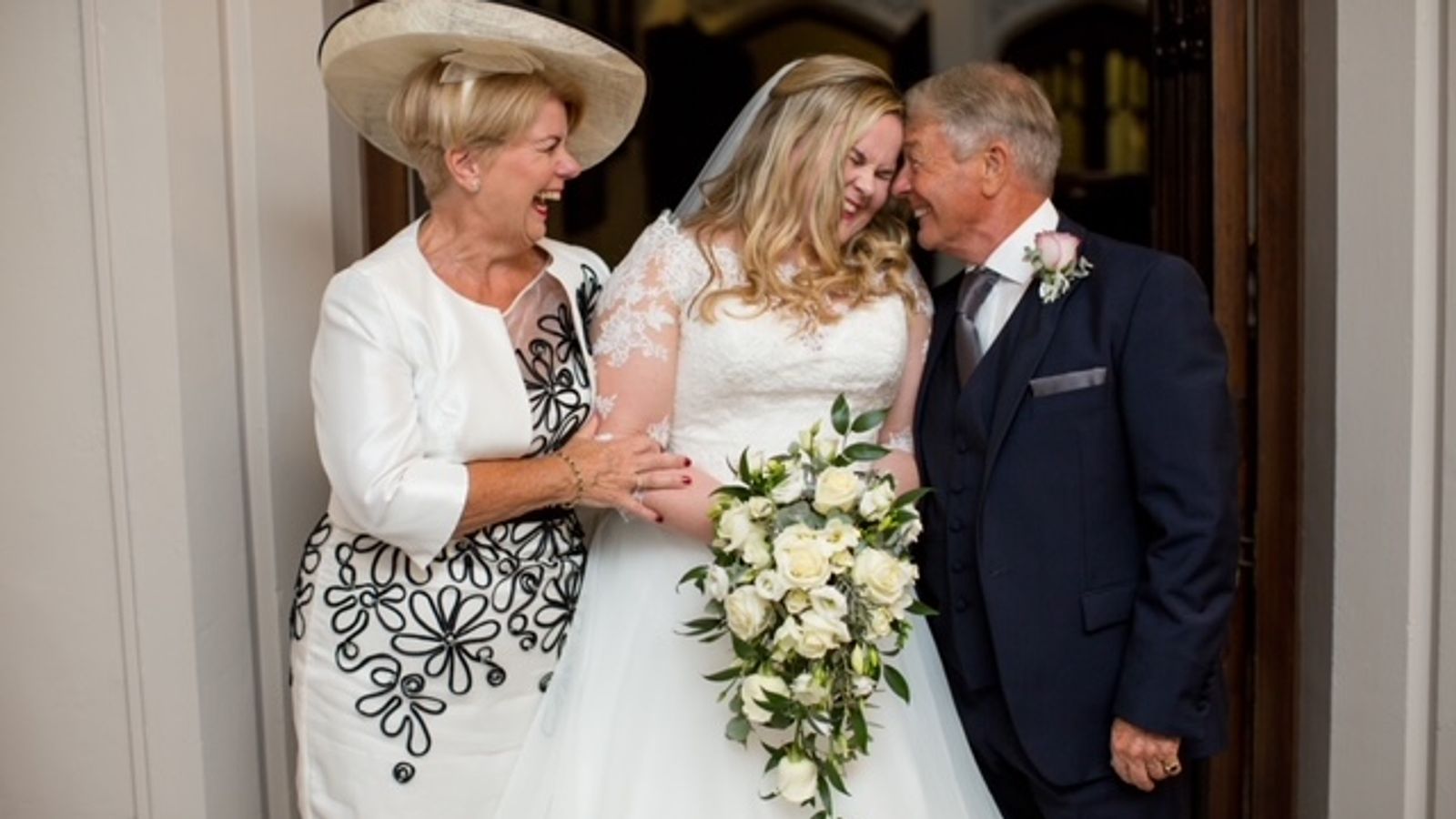 A retired accountant who was jailed for a minimum of 18 years after being found guilty of murdering her husband was known as a “larger-than-life character” who would “enjoy making people uncomfortable”.

Penelope Jackson was handed the sentence after more than 10 hours of deliberation by a jury of eight women and four men at Bristol Crown Court.

During a two-and-a-half week trial, the court heard how the 66-year-old told a 999 operator “I thought I’d get his heart, but he hasn’t got one” after admitting she had knifed her husband David, 78, three times at their home in Parsonage Road, in Berrow, Somerset, on 13 February this year.

Image: Penelope Jackson was jailed for a minimum of 18 years after being found guilty of murdering her husband David in February

During an 18-minute phone call to emergency services, Jackson also told the call handler her husband, a retired lieutenant colonel, was “bleeding to death with any luck” on their kitchen floor following a row over serving bubble and squeak as part of a meal for her birthday.

During the trial, Jackson, who had been married three times before meeting the victim, claimed her husband had coercively controlled her, including preventing her from seeing friends and even deciding what she watched on TV.

A number of witnesses, including the couple’s pregnant daughter Isabelle Potterton, also shared a deep insight into the couple’s personal lives.

Before meeting the victim, Jackson married her first husband at the age of 18 and had two daughters with him, before leaving after claiming he turned violent.

The court then heard how Jackson’s second husband had been gay, and that her third husband had taken his own life when he discovered she was having an affair with the victim.

Jackson’s youngest daughter, Isabelle, was fathered by her third husband, but was raised by the victim as his own from birth and later adopted by him.

The jury heard David Jackson had two daughters and a son from his first marriage, which ended when he began an affair with his second wife, Sheila Taylor.

The victim’s marriage to Ms Taylor then ended when he started his affair with Jackson.

Shortly after Jackson and the victim married in 1996, David Jackson’s son Gavin took his own life.

Ms Taylor said during the trial that Gavin, who was married to her niece, had killed himself after starting an affair while his wife was pregnant.

She added: “He left a note saying he didn’t want to be like his father.”

Image: Ms Potterton, 31, said she remembered three incidents of ‘serious aggression’ by her father against her mother

The jury also heard Jackson had worked in administration and accounts in the Royal Air Force and then later the army, where she met the victim, who was a lieutenant colonel.

The couple had lived in Germany and France, before eventually settling in Somerset.

Mrs Potterton, 31, said she remembered three incidents of “serious aggression” by her father against her mother that took place around 1997 or 1998 while they were living in Germany.

She said that the victim had forced Jackson against a wall and given her a bloody nose, and had also pulled a knife on her in a separate incident.

Image: David Jackson, whose son Gavin took his own life shortly after he married Penelope

Mrs Potterton also described a third occasion when her father got her out of bed and told her to get a mug she had got Jackson for Mother’s Day out of its hiding place, before smashing it in front of her.

But she agreed that her parents seemed to be enjoying a happy retirement together, and had lots of shared interests, such as a love of cruise holidays and gardening.

Meanwhile, Jackson’s stepdaughter, Jane Calverley, who was the victim’s daughter from his first marriage, claimed the defendant seemed to enjoy baiting people.

Ms Calverley said: “I always felt everything had to revolve around Jackson – she was a very larger-than-life character, she would enjoy making people uncomfortable.”

Image: Penelope Jackson has been sentenced to at least 18 years in prison

She also described a time when her father and stepmother had stayed with her family in Australia for five weeks, and Jackson would leave the door to their bedroom open when she was naked.

Ms Calverley said: “She didn’t care that my son, who was entering puberty, would observe her sitting there naked, drying her hair.

“For me, the defendant liked baiting people for fun, sport – she liked to see my father uncomfortable, and she enjoyed that.”