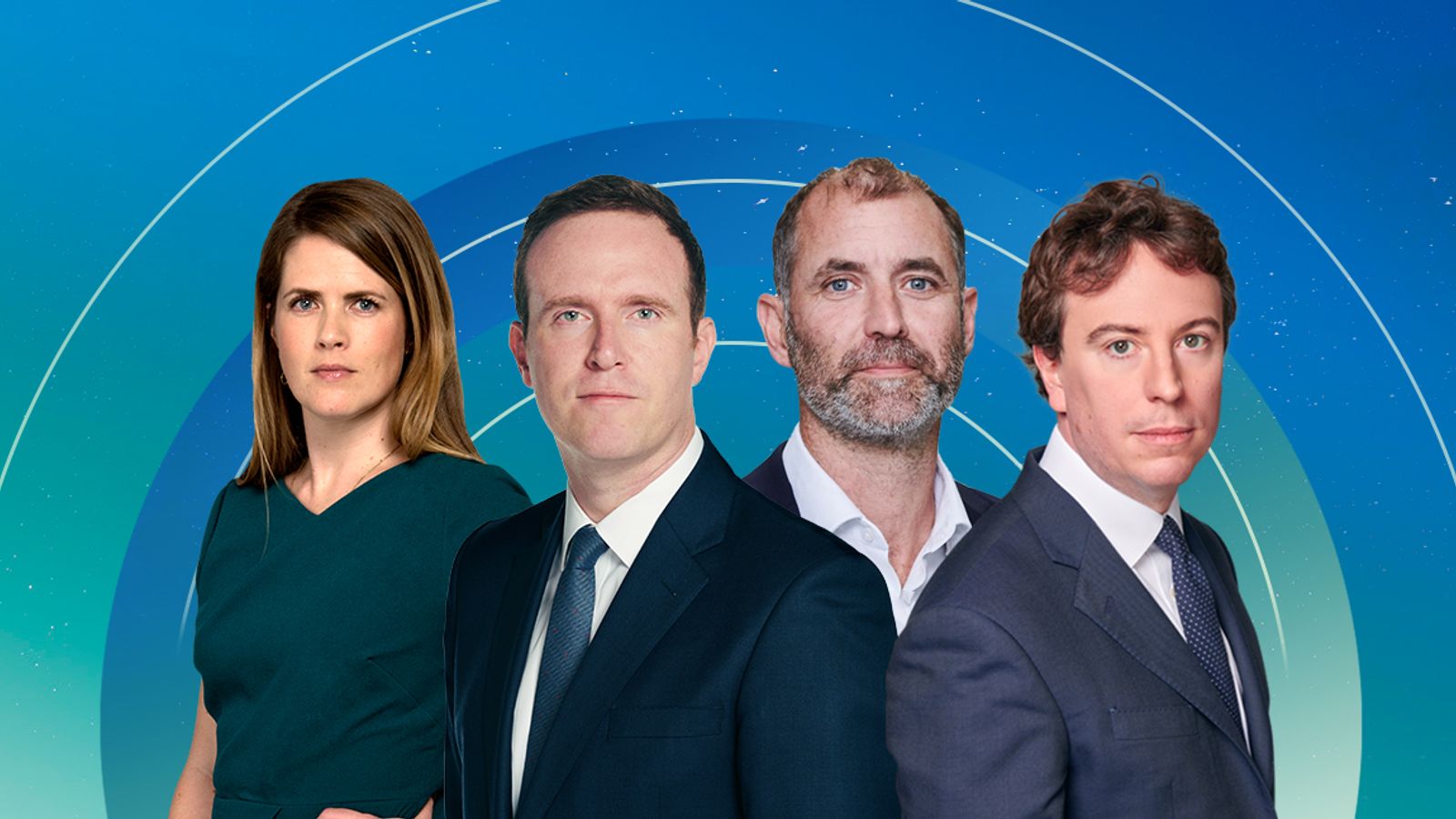 This year’s UN Climate Change Conference, better known as COP26, will see more than 190 countries come together to discuss the climate crisis.

As leaders and representatives from all over the world prepare to meet in Glasgow, Sky News specialists have been examining what will need to happen in order for the talks to be successful.

This year’s summit is particularly important as it will be the first time the parties will review the most up-to-date plans for how they will limit global warming to 2C but ideally 1.5C, a goal set under the Paris Agreement at COP21.

So what do our specialists think will make COP26 a success?

Ahead of this year’s summit, some of the successes that had been hoped for have not materialised, and Tom Clarke says there are several outcomes that could deem it a failure, including if details about climate financing are not agreed upon and the emissions gap is not closed.

The latest UN Emissions Gap Report estimates the carbon-cutting commitments that countries are bringing to Glasgow currently put the world on a trajectory for 2.7 degrees of warming by the end of this century.

He said the biggest problem would be if people come away “feeling like the COP26 summit was a failure”.

“We have got to have the world still feel optimistic that moving away from fossil fuels will make you more prosperous, healthier, have better economies than you do currently with fossil fuels,” he added.

Hannah Thomas-Peter says COP26 will be a success if details on how to eradicate coal are revealed.

The UK led the world in committing to phase out coal and will be hoping for similar commitments at the summit. G7 leaders already made coal pledges this July.

“I think by the G20 summit in Rome on the eve of COP, we should know how likely an agreement on coal is going to be and that will tell us an awful lot about the tone of the summit itself,” she said.

Another measure of success will be if it is confirmed that climate-vulnerable nations will receive the $100bn a year climate finance pledged by developed countries to help them cut their emissions.

The talks would also be a success if the rules needed to implement the Paris Agreement, called the ‘Paris Rulebook’, were defined – particularly Article 13, which deals with transparency and accountability, and Article 6, which focuses on global carbon markets and how the price of carbon is assigned.

“The aim is to finish COP and be able to say we kept 1.5 degrees of warming within reach as a result of this package of measures, which includes coal, cars, cash, trees, methane enhanced ambitions and finishing off that Paris Rulebook,” she said.

For Prime Minister Boris Johnson, COP26 will be a success politically if it showcases that Britain is back post-Brexit.

According to Sam Coates, the PM wants the summit to be viewed as a global success, which is going to mean “the negotiations looking like they are hard-won compromises with Britain as host, playing a key role in achieving those.”

However, actual political success will come from the negotiations that take place behind the scenes – and “this time it’s not going to be a treaty, it’s going to be looking at the work that needs to happen after the end of COP”.

“It’s not about the conclusions at the end, it’s about the commitments that world leaders bring to the table,” he said.

“Representatives of 197 different countries turn up at the start, and it’s what they say then that matters.”

He added that failure at the summit would be if delegations walked away from negotiations, Boris Johnson “upsetting partner countries” or if there was essentially no meaningful agreement made at the end of it.

Ed Conway says judging what countries are actually contributing to the summit is one way to measure success.

“If Russia and China aren’t actually there in the room, then that’s a pretty big signal that they’re not necessarily committed as wholeheartedly as everyone hoped they would be,” he said.

“If these big multilateral plans to sort out climate change are going to work, they have to be exactly what that says – multilateral – and if every country is not involved, especially the big polluters, then you’ve got a bit of a problem.”

He added that clarity on a global carbon price would be another way to deem COP26 a success.

“Are some countries going to tax imports for their carbon emissions that are embedded within them? – carbon border adjustment mechanisms they’re called.

“If we have any agreement on how that can actually work in practice, then that would be seen as a success.”

Another important step would be if all countries submit their nationally determined contributions (NDCs), basically action plans, on how they plan to achieve the 1.5C goal set out in the Paris Agreement.