COVID-19: High case numbers in schools where not all pupils are vaccinated are ‘ideal conditions’ for new variant 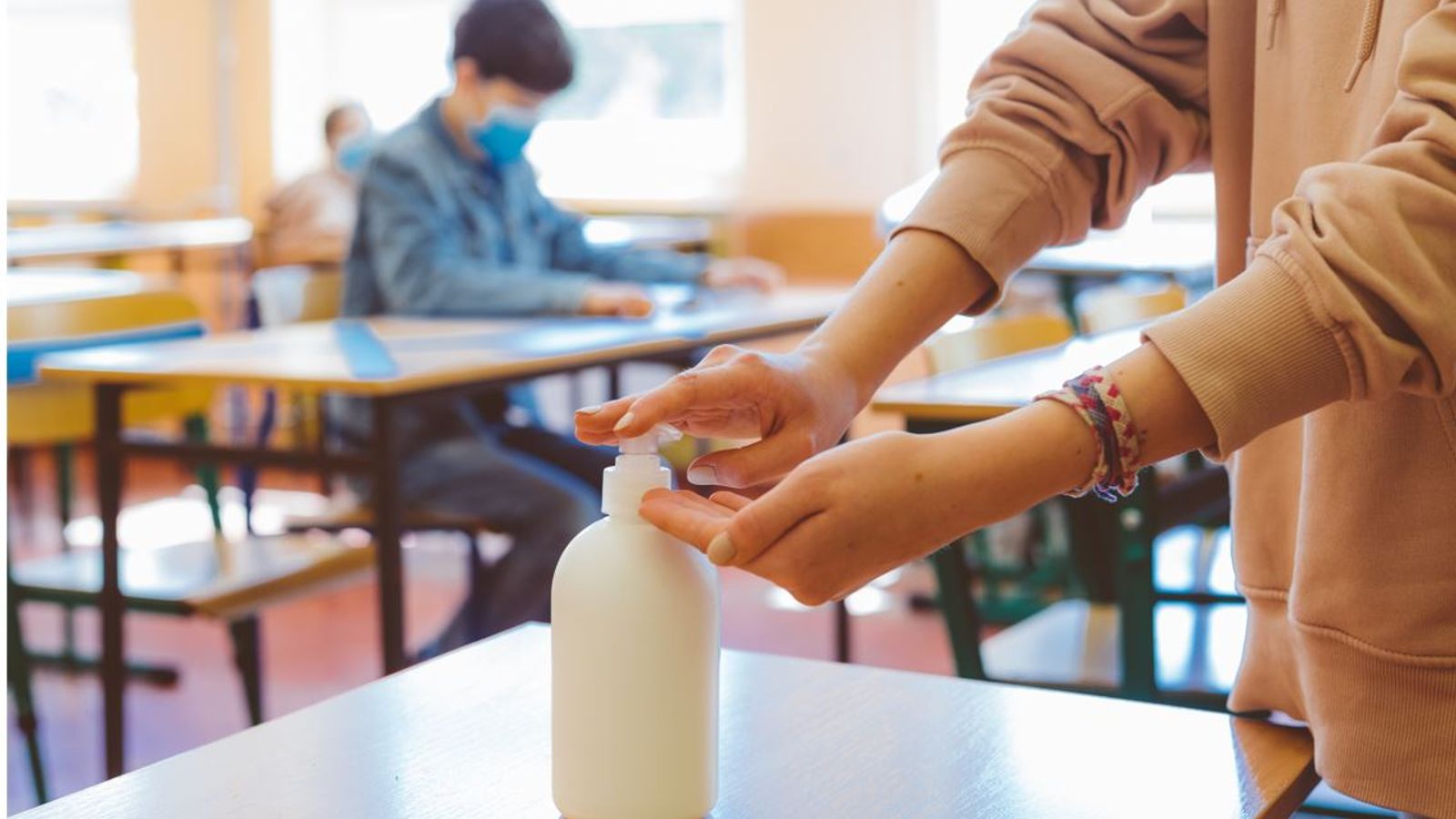 Current high numbers of coronavirus cases in schools where only some teenagers have been vaccinated “provide the ideal conditions” for a new variant to emerge, government scientists have warned.

The Scientific Advisory Group for Emergencies says that “very high prevalence in schools combined with partly-vaccinated 12 to 16-year-olds in a highly mixing population” makes a vaccine-resistant mutation of the virus more likely.

In its latest paper, SAGE also claims England’s current R (reproduction) number – 1.1 to 1.3 – could go up as high as 1.9 to 2.3 if people make a “complete return to pre-pandemic behaviour”, according to their latest modelling.

They say that less frequent testing, home working and mask wearing, combined with more socialising indoors for Christmas could create the “perfect storm” for COVID-19 cases to rise even further this winter.

Politicians and health leaders are urging children to get tested before they return to school from half-term next week.

Education Secretary Nadhim Zahawi said: “As we start the countdown to Christmas, testing regularly and getting vaccinated is the best thing we can all do to protect education and make sure we can enjoy the best of the season – whether that’s the school nativity or the family gathering over the holidays.”

As previously, government advisers describe a potential vaccine-escaping variant as the UK’s “worst-case scenario”, which would “reverse the gains from vaccination over the last 10 months”.

But they say that if this does happen, face masks, widespread testing, social distancing and good ventilation in schools and workplaces are “likely” to prevent the variant spreading as quickly.

They also suggest that if a new variant arises overseas, tightening travel restrictions will only be effective at stopping it spreading to the UK if done quickly.

On Thursday, the government announced that all countries are being removed from the travel red list.

First Minister for Wales Mark Drakeford told a news briefing in Cardiff on Friday that the UK government’s decision was “regretful” and that SAGE is “almost certain” a new variant will emerge as a result.

Their latest report also supports the NHS’ calls for the government to introduce its Plan B – for preventing the health service becoming overwhelmed this winter.

Scientists say these measures “will reduce the spread of infection” but they are “unlikely to overcome a rapid increase [in cases]”.

Suggesting other ways to reduce current infection levels, SAGE says that notifying people who have come into contact with someone who has COVID up to five days before they test positive – instead of the current two – “would lead to a drop in infection”.

Asking people to isolate after a positive lateral flow test (LFT) instead of waiting for a confirmatory PCR test could also help, they add.