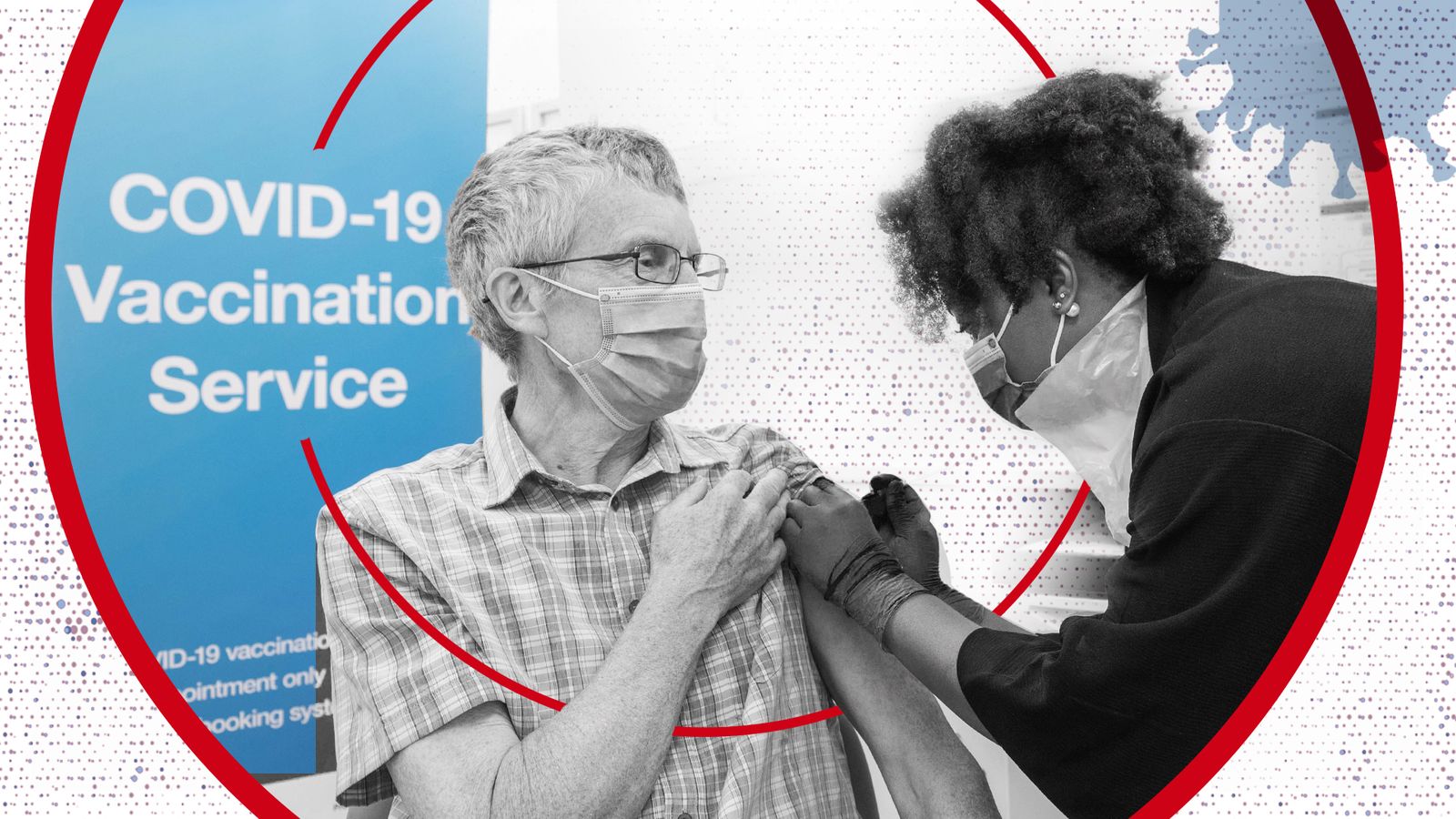 The government is ramping up the booster jab rollout in England in a bid to stave off calls to introduce Plan B measures to tackle COVID-19.

NHS England says that the extra shots have now been given to six million people, after a record 1.6 million were administered last week.

Most of these are boosters, to top up people’s immunity, and some are third doses given to those who do not receive sufficient protection from two shots.

But, after a relatively slow start, ministers have come under mounting pressure to reintroduce measures such as mask-wearing and social distancing.

How quickly are booster jabs being rolled out?

Third jabs are being given out more slowly than the first two.

On 27 October, of the 9.2 million people who were eligible (those who had their second COVID-19 jab more than six months ago), less than two-thirds had received a third dose.

However, this is an improvement on the start of the rollout in late September, when just a third of the 2.7 million eligible people had been triple-jabbed.

Stephen Griffin, a virologist at the University of Leeds, says that the disappointing booster uptake is unsurprising given the hesitancy from the government about vaccinating children.

But he adds that this decision has made the booster programme increasingly important.

“We are indeed in dire need of this booster programme, but it is at least partly of our own making as a result of policy,” he says. “Yet again, it may become a case of too little, too late, despite the availability of fantastic vaccines to help steer the ship.”

At the moment, the over-50s and the clinically vulnerable are eligible for a third dose.

We only have data for the former group, which shows that more than 60% of all over-80s have had a booster – more than double the proportion that is eligible but has not yet had it.

Why are booster jabs important?

Evidence points to a fall in vaccine effectiveness against infection and mild disease from around 10 weeks after the second dose, with the most pronounced decline in protection against severe disease among the elderly and clinically vulnerable – from around 20 weeks.

As these groups were the first to be vaccinated, most are now seeing a fall in immunity from the vaccine.

The chart below shows the number of weeks since each person over 50 had their second dose.

Jonathan Ball, professor of molecular virology at the University of Nottingham, says that waning immunity is “undoubtedly” contributing to the high levels of virus circulation.

“Giving a vaccine boost will help reduce virus circulation and likelihood of disease,” he says.

Can we see the impact of booster jabs yet?

Professor Ball says that we would expect to see the impact of boosters “very quickly”, but “whether or not this is evident yet in the data is difficult to say”.

Over the past few weeks, the spread of infection has begun to slow among all age groups, and hospitalisation rates among the elderly look like they are starting to fall.

Dr Peter English, former consultant in communicable disease control at Public Health England (PHE), agrees that the impact of boosters will quickly feed through to infections and hospitalisations, but says it will not hugely alter the severity of the pandemic over the winter.

“Sadly, that group of the population [receiving booster jabs] is not the one that is most likely to transmit to others because they have fewer contacts with other people,” he says.

“And the third dose is only going to make a marginal difference to hospital admission rates, because the majority of people who’ve had two doses don’t get ill enough to need to go into hospital anyway.

“I would be pushing for much stronger enforcement and imposition of the sorts of measures that don’t make that much difference to people’s lives, but make a big difference to infection rates.”

Insulate Britain: 10 arrested on M25 after protesters walk between lanes of oncoming traffic