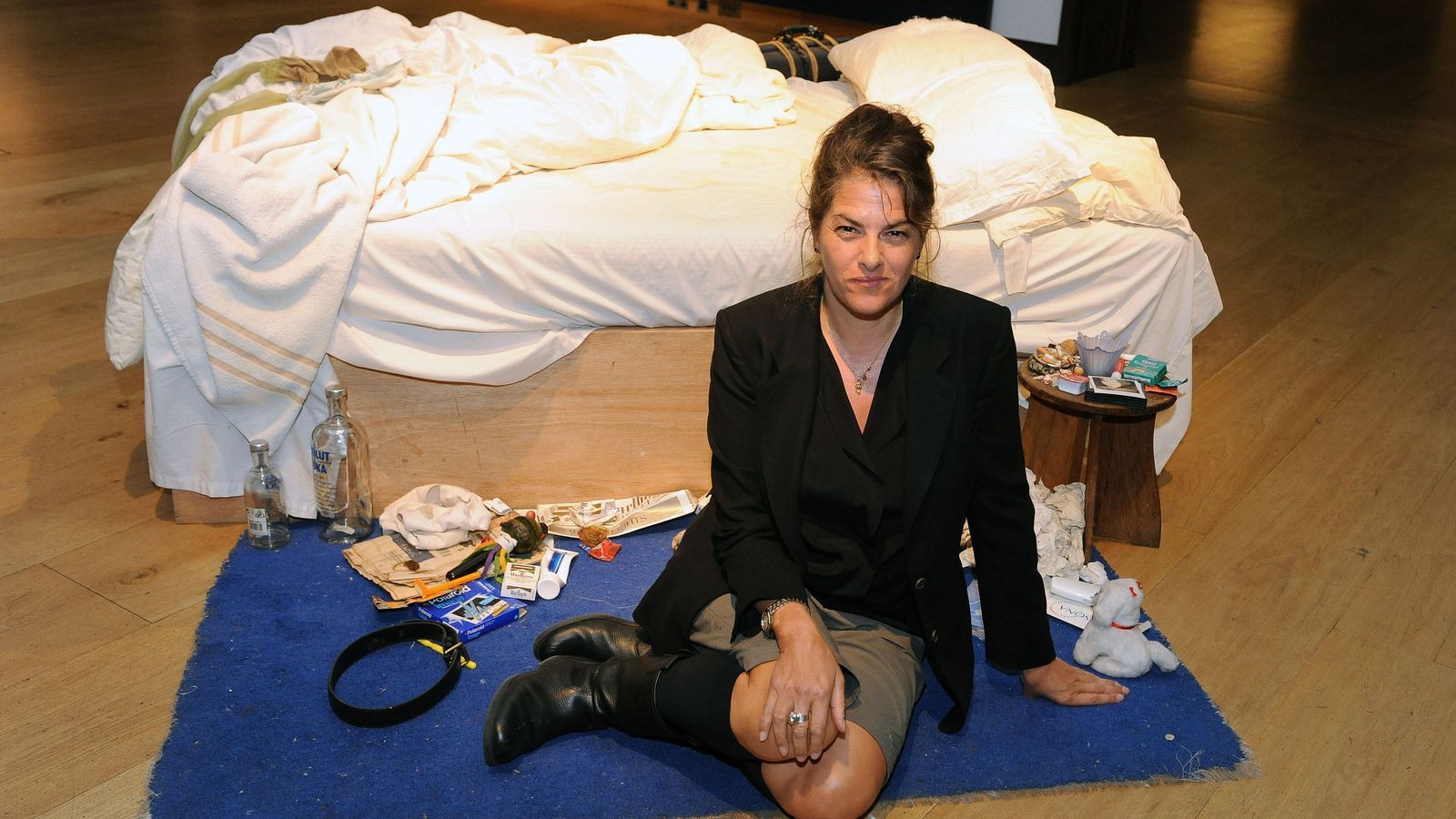 Prominent artist Tracey Emin has said she has been “overlooked” over the years, as people have dismissed her as “narcissistic” and “deranged”.

Emin, who is best known for headline-grabbing works in the 1990s such as Everyone I Have Ever Slept With and My Bed, said in a new interview that the “seriousness” of her pieces has not always been understood.

Appearing on BBC Radio 4’s This Cultural Life, when asked whether her painting work had been overlooked, she replied: “No, I think I’ve been overlooked. I think they just thought I was some sort of narcissistic, deranged, screaming banshee.”

Image: Emin is one of the best-known British artists of her generation

Emin was one of the so-called Young British Artists who emerged in the 1990s, along with Damien Hirst and Sarah Lucas, and remains one of the most well-known British artists of her generation.

She is famous for her autobiographical and confessional work, including My Bed – a notorious installation including empty vodka bottles, cigarette butts, stained sheets and used underwear – that was shortlisted for the Turner Prize in 1999.

Her recent works include a 2018 neon sign in London’s St Pancras station saying “I want my time with you”, and a 2020 Royal Academy exhibition which showcased her paintings alongside the work of Edvard Munch.

Last year, she revealed she had been diagnosed with cancer of the bladder and told art market news site Artnet she had been working on a painting of a malignant lump before the growth was discovered.

Discussing her recovery in the Cultural Life interview, Emin said she had undergone robotic surgery and that her life was saved by medical science, as well as being in love.

“My surgeon was lovely,” she said. “A robot actually did all my surgery, which is quite incredible. But I think love saved me.

“I really think love saved me this time, not art. I fell in love just before I found out I had cancer.”

In the interview, Emin also said that being an artist can be “really lonely” and discussed a chance encounter she had with the late musician David Bowie that led to them becoming friends.

“I was sitting in a Lebanese restaurant in Kensington in 1996 with a couple of other people and someone leaned over the table and said, ‘I’m very sorry to interrupt, my name’s David and I just want to say how much I love your work’.

“And I looked up and David Bowie’s looking at me, and I said ‘likewise’.

“And we become friends. It was just amazing that the only person I was ever a massive starstruck fan of, I became friends with.”

This Cultural Life airs on BBC Radio 4 and BBC Sounds on Saturday at 7.15pm.