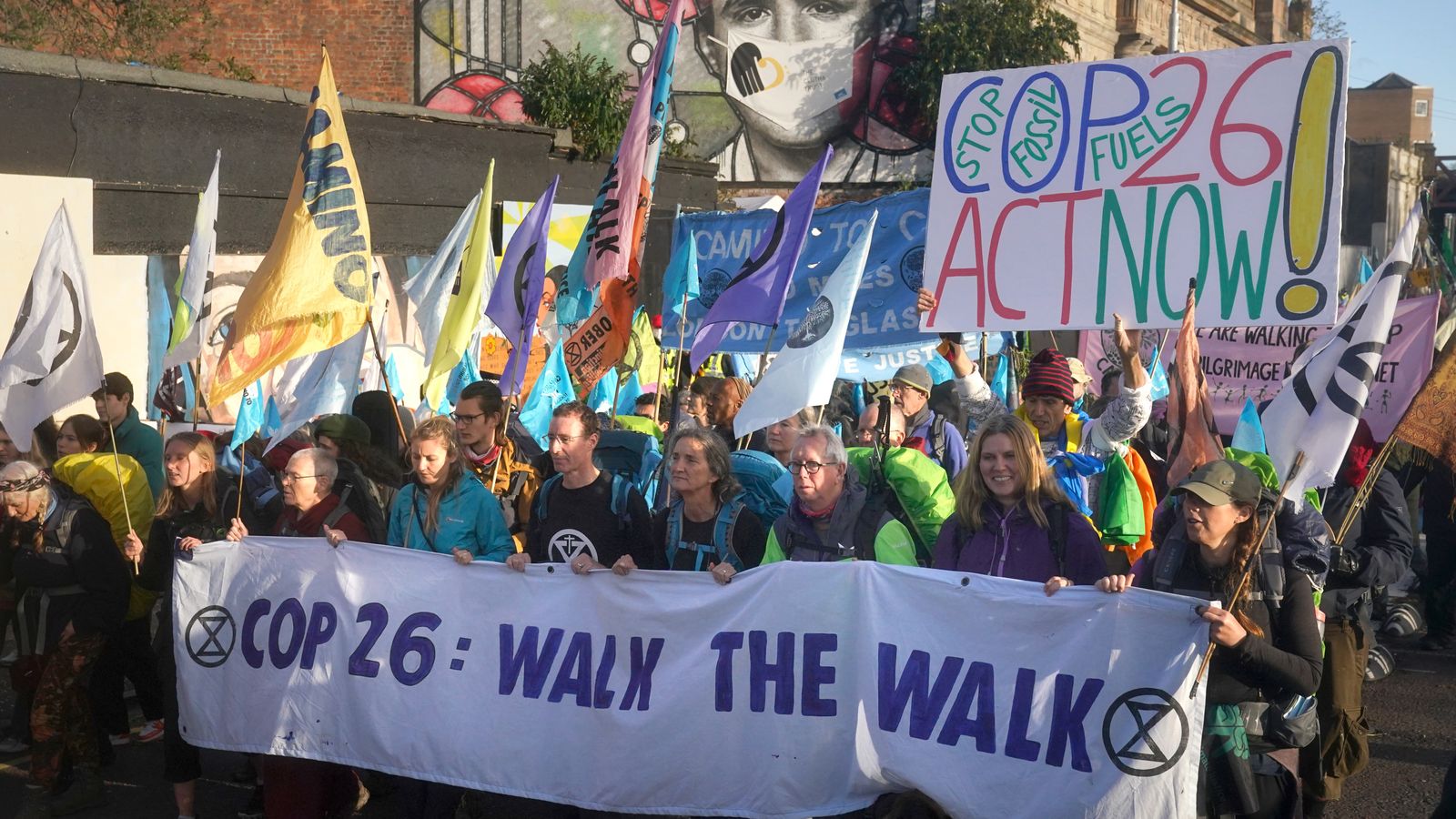 They were among thousands of demonstrators who marched through the city in a “pilgrims’ procession” on the eve of the COP26 summit, parading a 30ft (9m) “serpent of capitalism” sculpture.

Organisers described it as the opening ceremony in a series of non-violent direct actions being planned in Glasgow during the 12-day gathering.

As he arrived, Yaz Ashmawi, a physicist from London, told Sky News he had walked 500 miles (805km) on Extinction Rebellion’s Camino to COP walk.

Mr Ashmawi said he wanted to draw attention to a “deep existential problem that we’ve caused to our planet”.

He added: “Pilgrimage for us is a way of service, of dedication, and of reminding ourselves that we are small, we are fragile, we’re vulnerable, and yet somehow also that we are strong.”

Members of the Young Christian Network travelled to Glasgow in a relay, on foot, from June’s G7 summit at Carbis Bay in Cornwall.

One of them, Tash Jesson, said: “The $100bn (£73bn) a year of climate finance which was pledged 10 years ago has been pushed back further again.

“Countries that are climate-vulnerable are suffering loss and damages right now and it’s the responsibility of rich nations to finance them.”

On Friday, climate campaigner Greta Thunberg is due to join a “school strike for climate justice” organised by Fridays for Future Scotland, the Scottish branch of the youth movement founded by the Swedish activist.

On Saturday, tens of thousands of people are expected to march through Glasgow in a COP26 day of action.

Similar events are planned in London and other cities around the world to demand what organisers call “just and fair” solutions to the climate crisis.

Haverfordwest: Search called off after group gets into ‘distress’ on Pembrokeshire river