Haverfordwest paddleboarder deaths: Victim named as three die and one fights for life after river incident in Wales 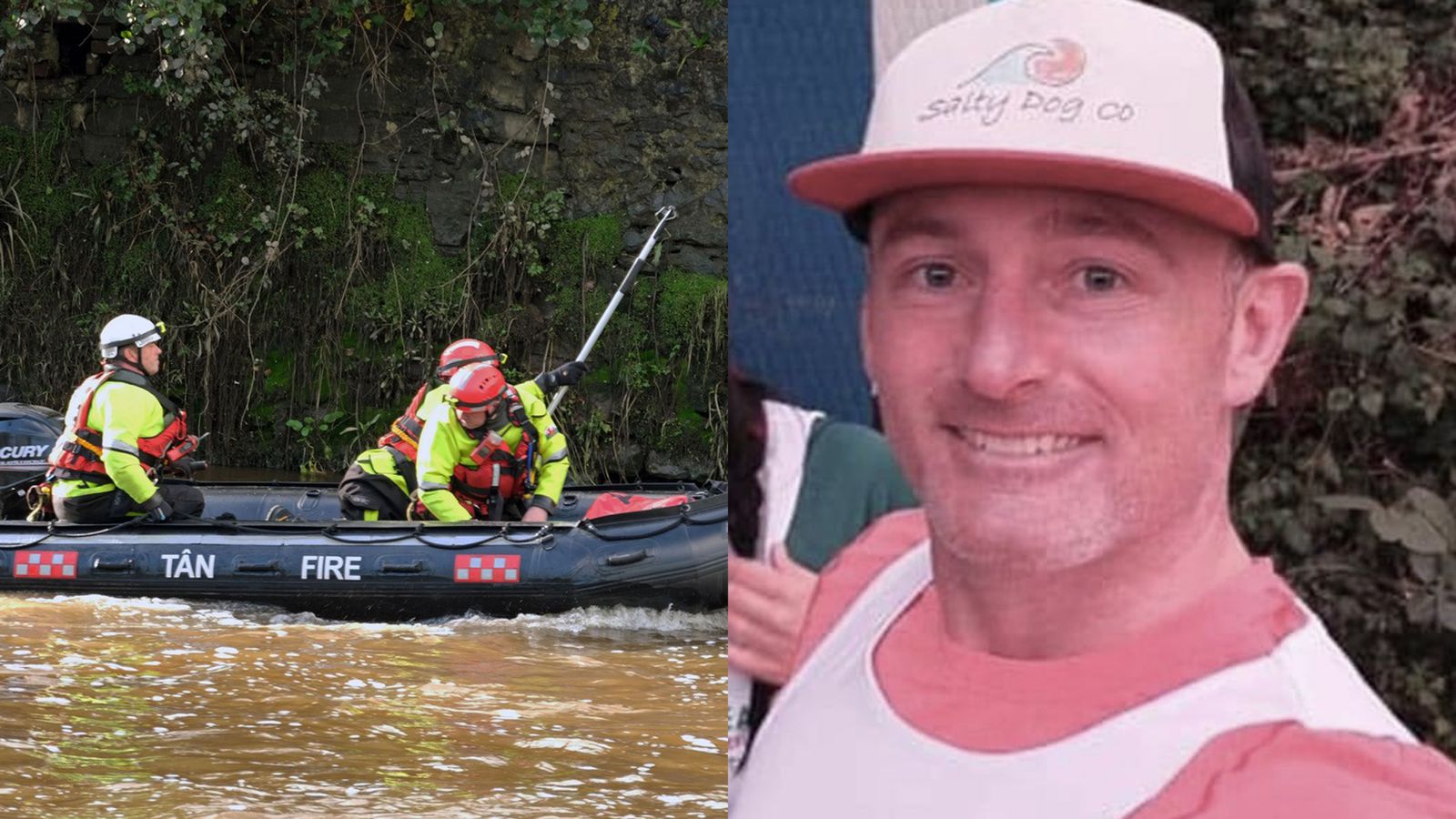 A man and two women have died and another woman is fighting for her life after a group of paddleboarders got into difficulties on a river in Wales, police have confirmed.

Emergency services first received reports of people in distress in the River Cleddau in Haverfordwest, Pembrokeshire, shortly after 9am on Saturday. A huge search and rescue operation was launched, with dozens of firefighters, police officers, medics and other experts sent to the scene.

“The exact circumstances surrounding the incident are being investigated, but it is believed that the group got into difficulty in the water,” Dyfed-Powys Police said in a statement on Sunday. “Two women and a man died at the scene, and a woman remains in a critical condition in hospital. A further five people were rescued without injury.”

Image: Officers have said the exact circumstances of what happened are not yet known. Pics: Martin Cavaney

Paul O’Dwyer, from Salty Dog Co, a surf-style clothing and paddleboarding company based in Port Talbot, has been named as one of the three who died. The company tweeted a message saying “goodbye to our salty dog Paul” on Saturday evening.

Severe rain meant the river was flooded and had become turbulent when the group got into difficulties on Saturday. A member of the public is believed to have entered the water to attempt a rescue, but later got out safely.

Thirty firefighters from Mid and West Wales Fire and Rescue Service, including specialist wading crews and swift water rescue technicians, were among those involved in the rescue, police said. Two fire boats were launched to assist with bank and river searches, with crews working closely with Coastguard teams.

More than 20 police officers also attended the scene, which was cordoned off until about 5pm, the force said, along with paramedics.

It is with heavy heart that we say goodbye to our salty dog Paul. A lovely human being taken too soon. Our thoughts and prayers are with your friends and family. You will be missed greatly. ️ pic.twitter.com/QMPvncx0HF

The paddleboarders are said to have been part of the South Wales Paddle Boarders. They were from different areas across South Wales and were on an annual tour, spending the weekend together to explore the river.

Police said the injured woman is being treated at Withybush Hospital. No further details about her condition have been released.

Image: The tragic incident happened on the River Cleddau in Wales. Pic: OpenStreetMap

One group member said she had pulled out of the paddle on the morning of the incident as she was concerned about the conditions, according to the Press Association.

Vickie Mckinven, from Milford Haven, told the news agency they were all good friends who “did so much to raise money for charities” and that the deaths were “absolutely heartbreaking”.

Dyfed-Powys Police have not yet released the names of those who have died but said their next of kin are being supported by specialist officers.

Detective Chief Inspector Jonathan Rees said a full investigation was already under way but at this stage his thoughts were “focused on the loved ones of those who had died and the injured paddleboarder who remains in hospital”.

Sky News correspondent Helen-Ann Smith, who has been at the scene over the weekend, said the River Cleddau was still flowing “incredibly quickly” on Sunday morning.

She said: “They had very heavy rain here on Friday and some real sudden downpours on Saturday morning, I understand, and potentially at about the sort of time that the paddleboards were getting into the river.

“The police say that they have accounted for everybody, the search has now been called off, and that they’re supporting the members of the family and next of kin of those who have very sadly died.”

“Something like this happening in sleepy Haverfordwest is just unheard of and I’d like to extend my sympathies to the family who have lost loved ones in this terrible, terrible tragedy, on behalf of myself and for Pembrokeshire County Council.”