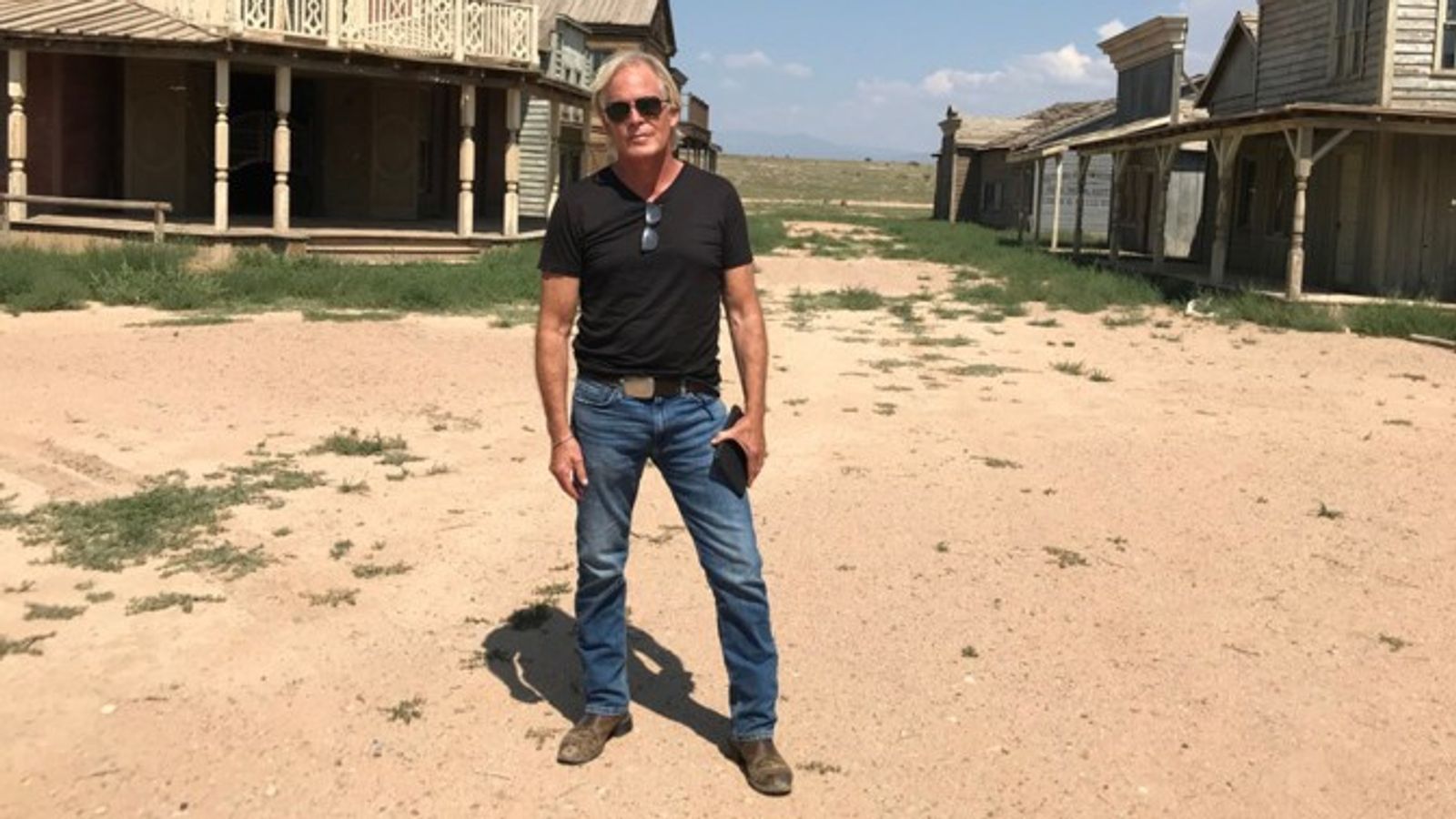 The assistant director who handed Alec Baldwin the gun that killed cinematographer Halyna Hutchins has spoken publicly for the first time since the fatal shooting.

Dave Halls shouted “cold gun” to indicate the weapon was safe before handing the actor a firearm on the set of Western film ‘Rust’ in Santa Fe, New Mexico last month, according to court records.

The gun then went off, killing 42-year-old Mrs Hutchins and injuring the movie’s director, Joel Souza.

In a statement to the New York Post, Mr Halls spoke publicly for the first time since the fatal incident, saying he was “shocked and saddened” by Mrs Hutchins’ death.

He added: “It’s my hope that this tragedy prompts the industry to reevaluate its values and practices to ensure no one is harmed through the creative process again.

“Halyna Hutchins was not just one of the most talented people I’ve worked with, but also a friend.”

Image: Alec Baldwin was rehearsing a scene at the time the gun went off

It is still not known how a live round came to be in the gun and it will be a key finding of the police investigation.

The film’s armourer, Hannah Gutierrez Reed, said there should not have been live ammunition present.

Santa Fe County sheriff Adam Mendoza said about 500 rounds of ammunition were found on the set last week and police suspect there were a mix of live ones, dummies and blanks.

The sheriff added there was “some complacency” in how weapons were handled on the set, but it is too soon to determine if charges will be filed.

Hollywood star Alec Baldwin, who has been in films such as It’s Complicated, The Cat in the Hat and Pearl Harbour, was rehearsing a scene when the gun went off.

He spoke publicly about the shooting over the weekend, where he called it a “one-in-a-trillion event” and paid tribute to Mrs Hutchins.