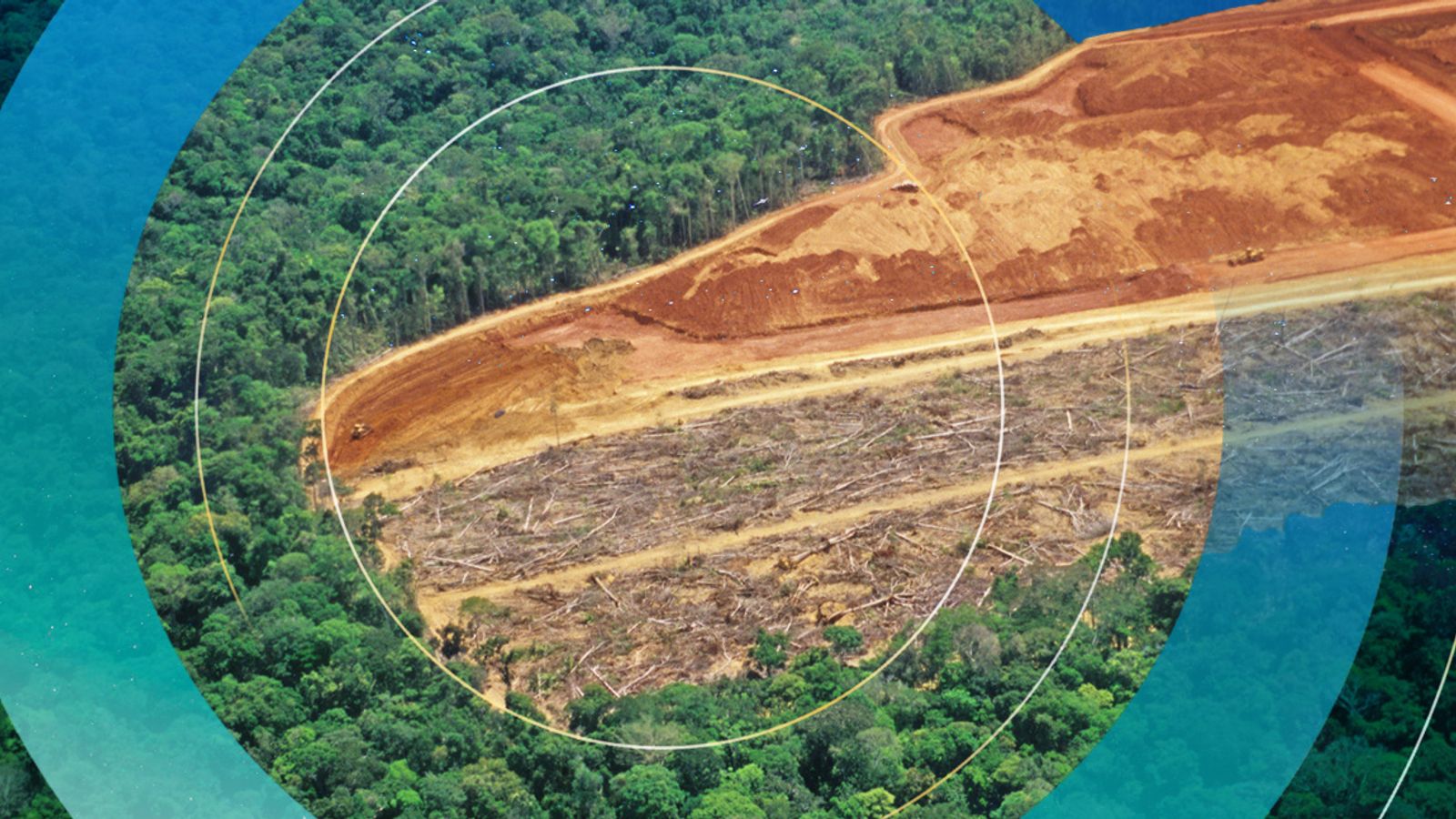 World leaders are setting out commitments to curb deforestation and cut methane emissions at COP26.

On the second day of the climate change summit in Glasgow, Prime Minister Boris Johnson detailed a trailed pledge to halt and reverse deforestation and land degradation by 2030.

It has been signed by more than 100 countries representing 85% of the world’s forest and is underpinned by £14bn ($19.2bn) in public and private funding.

2:15 The US president says at least an additional 200,000,000m hectares of forest will be restored under the new plan.

Speaking at an event on forests and land use, US President Joe Biden said the US would lead by example, detailing a new plan to conserve global forests “which will bring together the full range of US government tools, diplomatic, financial and policy to halt forest loss, restore critical carbon sinks and improve land management”.

Mr Biden said the “first of its kind” plan would work with Congress to mobilise up to 9 billion US dollars through to 2030 to conserve and restore forests and mobilise billions more through partners.

The Prince of Wales said: “frankly, we’ve all had enough talking, so we need to put our words and commitments into practice,” pointing to the work of his Circular Bioeconomy Alliance to restore land in through “living laboratories”.

He said “I cannot believe how many times I have ended speeches like this all over the world during the last 40 years and to no avail.

“But I can only pray that this time this session will provide us with a real sense of the seriously urgent systemic shifts that need to happen to deliver on our vision.”

The Glasgow Leaders’ Declaration on Forests and Land Use is the first major deal to be announced at the summit, and another is expected later on methane.

Other highlights so far from the summit include:

• Ecuador vows to expand Galapagos reserve by almost half

• Boris Johnson warns the 1.5C target is the difference ‘between life and death’

• The Queen issued a rallying cry to world leaders, saying “the time for words has now moved to the time to action”

The US and EU are launching an initiative to cut the powerful but relatively short-lived greenhouse gas which comes from sources including fossil fuel extraction and livestock farming.

Methane packs a strong short-term punch, so cutting it is a way to curb warming in the near term.

Also announced today was $1.7 billion from five countries, including the Britain and United States, and a group of global charities to support indigenous people’s conservation of forests and to strengthen their land rights. Environmentalists say that indigenous communities are the best protectors of the forest, often against violent encroachment of loggers and land grabbers.

Dozens of heads of state will take part in the launch of the pledge, which commits countries to cut their emissions of the gas by 30% by 2030.

Amazon founder Jeff Bezos pledged $2 billion from the Bezos Earth Fund to fight climate change through landscape restoration and the transformation of agricultural systems. The $2 billion pledge at COP26 is part of $10 billion that the Amazon founder committed earlier this year to spend by 2030 in an effort to battle climate change.

Meanwhile, world leaders will continue to on their own plans to meet the Paris Agreement, with further speeches expected on Tuesday from the leaders of Pakistan, Argentina, Colombia, and Japan.