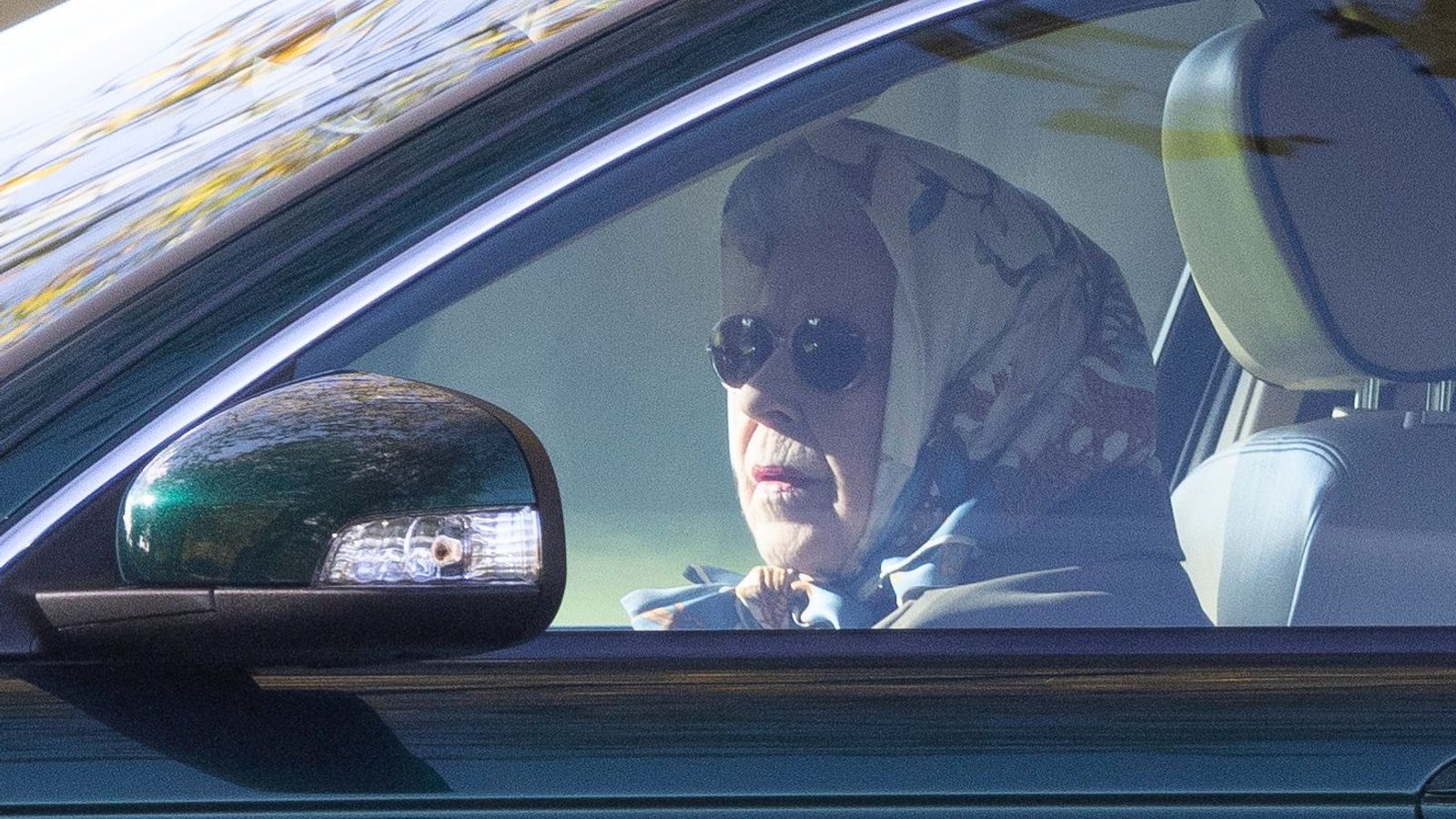 The Queen has been seen driving her car around the Windsor estate just days after she was advised by doctors to rest for at least a fortnight.

The monarch, wearing sunglasses and a headscarf, was alone in her Jaguar as she went for a drive.

On Friday, Buckingham Palace said Her Majesty had accepted their recommendations that she only takes on “light, desk-based duties” and not to carry out any official visits.

Image: Queen Elizabeth carried a walking stick as she attended an event at Westminster Abbey on 12 October

Last week it was announced she had pulled out of attending, in person, the COP26 climate summit which has now begun in Glasgow, after a busy recent schedule.

The Queen spent Wednesday night last week in hospital after cancelling a visit to Northern Ireland.

She was admitted for “preliminary investigations” but returned to Windsor Castle the following day.

It has not been revealed what medical tests she had at the private King Edward VII Hospital in central London. It was her first overnight hospital stay in eight years.

During outings ahead of her hospital visit, she was seen with a walking stick at a public event for the first time.

The advice for the Queen means the 95-year-old will be unable to attend the Festival of Remembrance on Saturday 13 November.

However, the palace has said Her Majesty has the “firm intention” of leading the nation in honouring the country’s war dead on Remembrance Sunday the following day.