Salisbury train crash: Terrified passengers ‘thrown around’ and ‘thought they were going to die’ 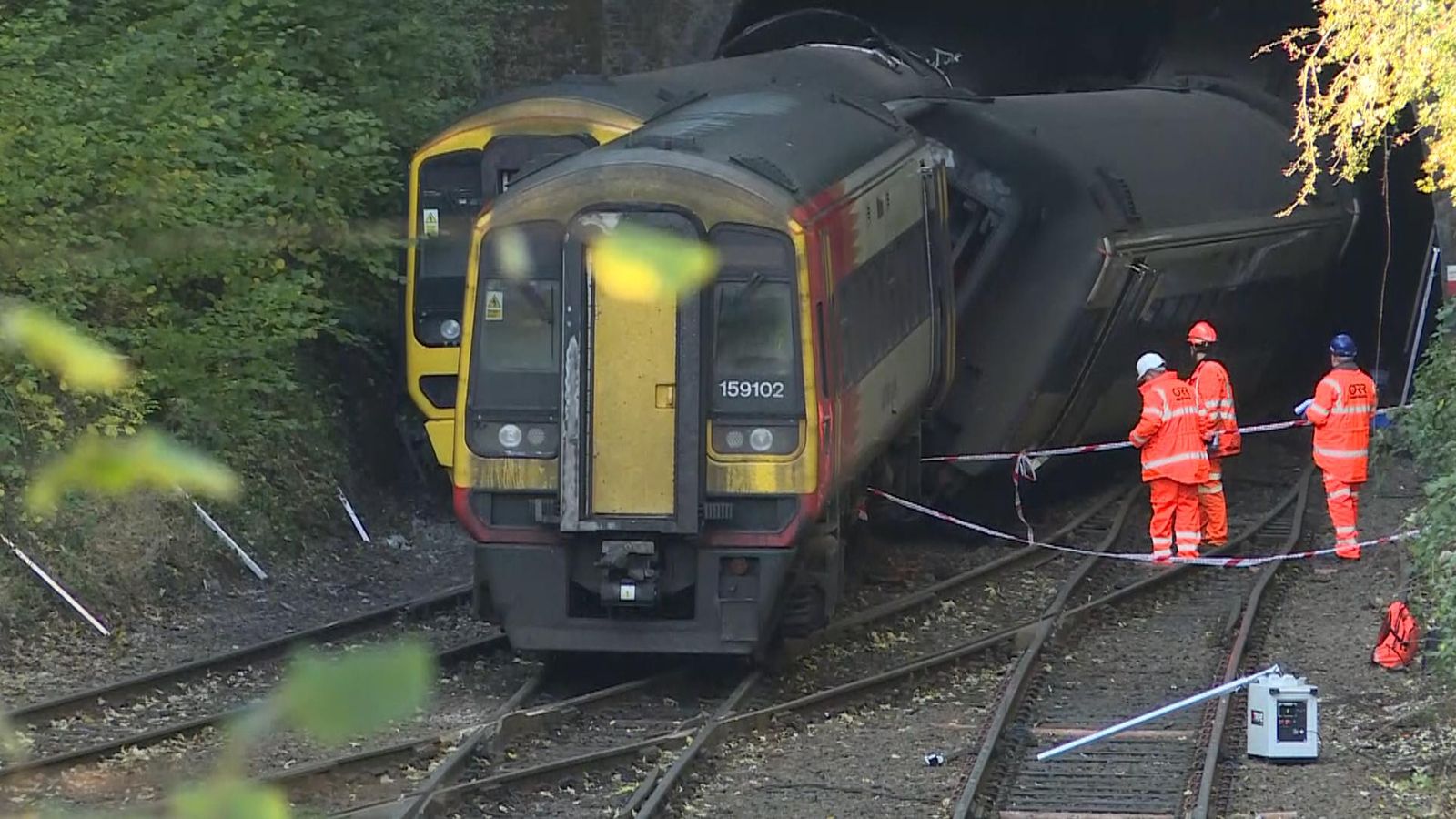 Three passengers who were on a train that crashed in Salisbury, Wiltshire, have said they were “thrown around” on impact as people around them screamed, “I’m too young to die”.

The incident, which left more than a dozen people requiring hospital treatment, happened on Sunday when one train hit an object in a tunnel, and a second train then collided with it due to signalling problems.

Sisters Eve and Hannah Parker were on the second train with their cousin Daisy Hider.

Daisy told Sky News that the train shook for a second and then “there was a big bang and sparks and fire”.

“Everyone started screaming,” she said. “All the lights went out – it was really scary.”

They had been standing, preparing to get off at the next stop.

She added: “There were a couple of boys who were really freaking me out because they were like, ‘I’m too young to die’ and stuff like that. I was like, ‘Oh my gosh are we going to die?!’

“I thought the train was going to catch on fire, ‘I’m going to be burnt.'”

Image: Eve Parker said she was taken to hospital after being thrown ‘pretty far down the train’

Daisy said she and Hannah were “a bit battered and bruised”, while Eve said she was taken to hospital after being thrown “pretty far down the train”.

“I hit my head on the side of a chair, I think,” said Eve. “It was dark so I don’t really know. And then the whole left side of my body got slammed against the floor or the wall – I don’t know which one.”

Doctors were worried she might have a spinal injury due to the pain in her neck, shoulder and leg but thankfully this was not the case and she was discharged after spending the night in hospital.

Image: Hannah Parker said she saw an ‘orange flame or sparks’ and thought, ‘the train’s going to blow up’

“Just out of nowhere, I just was on the floor and it was pitch black,” she said.

She said she saw an “orange flame or sparks” and thought, “the train’s going to blow up”.

“It was terrifying,” she added.

Salisbury train crash site from above

The carriage was turned over completely on its side and Hannah said everyone was shouting to try to find the people they were with.

Passengers then climbed to the highest point of the train, which seemed safest given the risk of the train tipping over even further.

Daisy said they were probably trapped for about 20 minutes until fire crews helped them escape through a smashed window.