Vax is word of the year after ‘injecting itself into bloodstream of language in 2021’, says Oxford English Dictionary firm 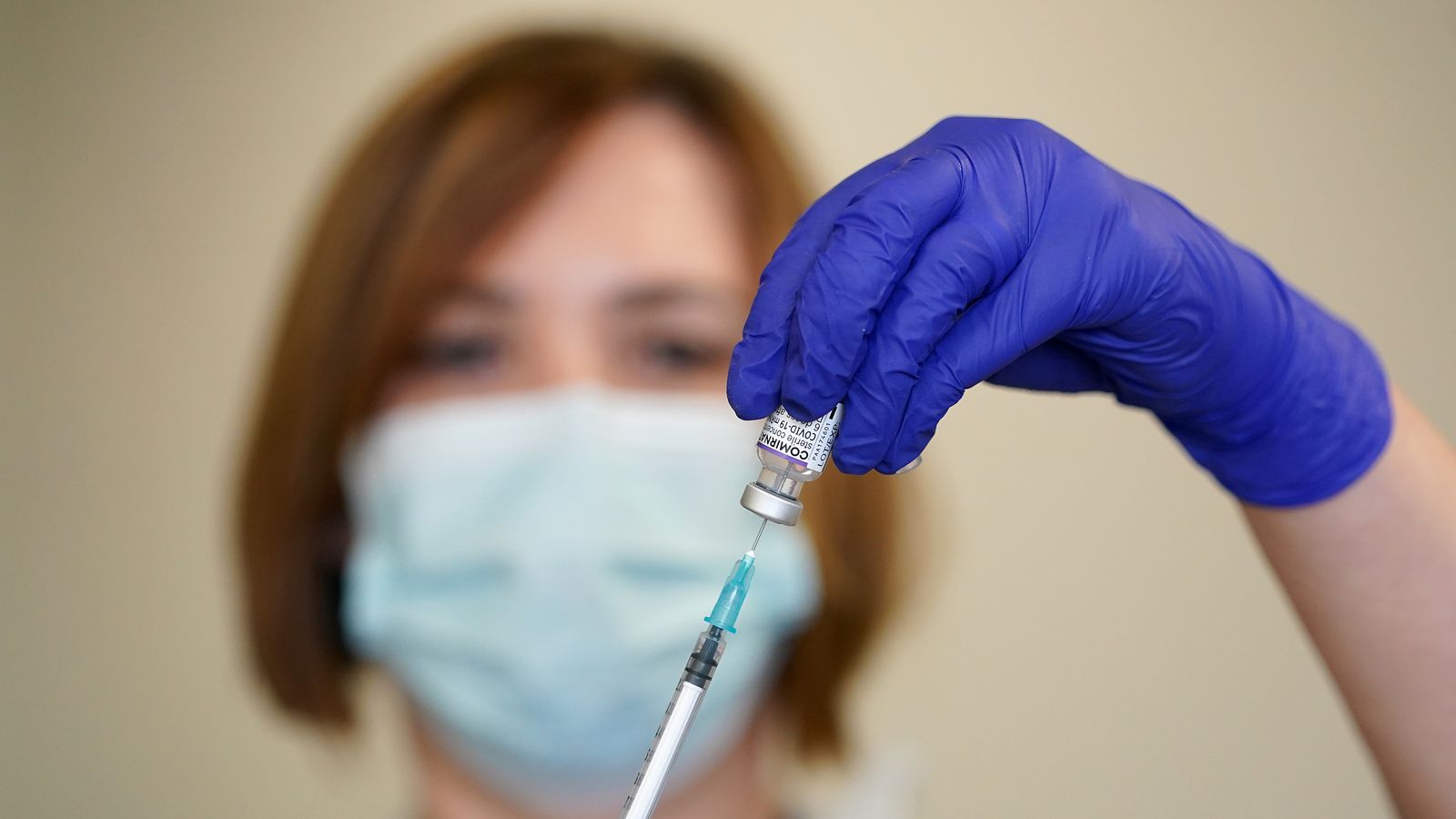 Vax is the word of the year for 2021 after it “injected itself into the bloodstream of the English language”, according to a new report.

By this September, it was used over 72 times more than at the same time last year, according to Oxford Languages which is the home of the Oxford English Dictionary.

In its 2021 report, it said: “When our lexicographers began digging into our English language corpus data it quickly became apparent that vax was a particularly striking term.

“It has generated numerous derivatives that we are now seeing in a wide range of informal contexts, from vax sites and vax cards to getting vaxxed and being fully vaxxed.

“No word better captures the atmosphere of the past year than vax.”

Image: By September, vax was used over 72 times more than at the same time last year, according to the organisation

This follows last year’s report that broke with tradition by declaring several words ‘word of the year’ including furlough, COVID-19 and Black Lives Matter to reflect the “unprecedented” nature of 2020.

Originating from the Latin word vacca, meaning cow, vaccine saw its first recorded use in 1799, according to Oxford Languages.

Its origins were related to the pioneering work by scientist Edward Jenner on vaccination against smallpox in the late 1790s and early 1800s.

This year, it made its resurgence as technological innovation, including social media, continues to influence the way we communicate in our daily lives.

In the context of the COVID-19 pandemic, the word vax found a new place in the English language.

Oxford Languages president Casper Grathwohl confirmed this, commenting that it was the “obvious choice”.

He continued: “The word’s dramatic spike in usage caught our attention first. Then we ran the analysis and a story started to emerge, revealing how vax sat at the centre of our preoccupations this year.”

He claimed the language surrounding vaccines monopolised the way people communicated this year, “changing how we talk-and think-about public health, community, and ourselves”.

Previous examples of word of the year include vape, selfie and post-truth, with the “crying with tears” emoji deemed the winner in 2015.