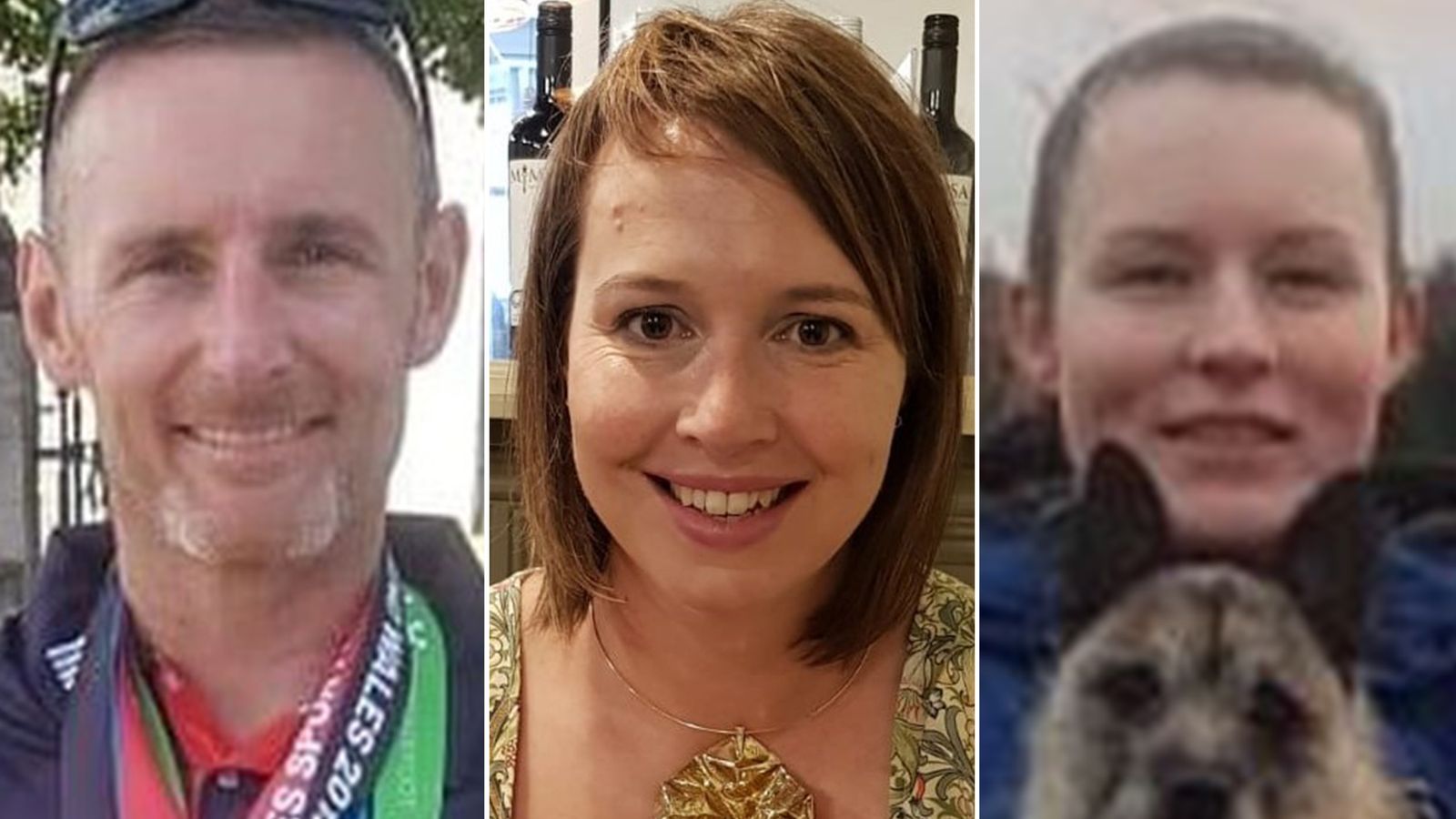 Three people who died after getting into trouble while paddleboarding on a river in Wales have been identified by police as tributes have been paid by friends and family.

Dyfed-Powys Police confirmed that the victims of the incident on the Cleddau River at the weekend were Morgan Rogers, 24, from Cefin Coed, Merthyr Tydfil; Nicola Wheatley, 40, from Pontardulais, Swansea, and Paul O’Dwyer, 42, from Sandfields, Port Talbot.

Emergency services received reports of nine people in distress on the river in Haverfordwest, Pembrokeshire, shortly after 9am on Saturday.

A huge search and rescue operation was launched, involving dozens of firefighters, police officers, medics and other experts.

Heavy rain meant that the river was flooded and had become turbulent when the group got into difficulties.

The trio died in the incident, while another woman was found critically injured. She remains in hospital in a serious condition.

A further five people were pulled out of the river by the emergency services but had no injuries.

The group were from the South Wales Paddle Boarders and Salty Dog Co, an organisation based in Port Talbot.

They were from different areas across South Wales and were on an annual tour, spending the weekend together to explore the river.

Mr O’Dwyer, who worked at Salty Dog Co – a surf-style clothing and paddleboarding company – was named as one of the victims on Saturday. The company tweeted a message saying “goodbye to our salty dog Paul”.

A tribute from his family released on Monday said he “gave his life to save others”.

It said: “He was a devoted husband, father, son and brother. He devoted his life to contributing to society in his many adventures in raising money for different causes.

“Paul was a water baby. His passion for the water started with Aberavon lifeguards from an early age.

“We as a family are truly thankful for the kind messages sent to us in our time of great sadness.”

One of those on the trip, Vickie Mckinven from Milford Haven, told the Press Association that Mr O’Dwyer died attempting to rescue two fellow paddleboarders who had got into difficulty near the weir.

The family of Morgan Rogers, who was a deputy store manager at a supermarket, described her as “the best that she could be”.

Image: Morgan Rogers, 24, has been described as ‘amazing in every way’

In a tribute, they said: “She will be sadly missed by her mother, father, Rhys, Harry, Holly and Katy.”

The family of Nicola Wheatley said she was “amazing in every way” and said her death “has left a void in our lives that will never be filled”.

Colleagues of Ms Wheatley, who worked in toxicology and began her career at Guys and St Thomas’s Hospital in London, said she was a “go to” person for organising projects and campaigns.

In a tribute, they said: “Through her lovely personality, Nikki made many friends during her time in public service and will be sorely missed by her friends and colleagues at the NPIS.

“Nikki leaves her young family, husband and extended family. Our thoughts are with them at this terrible time.”