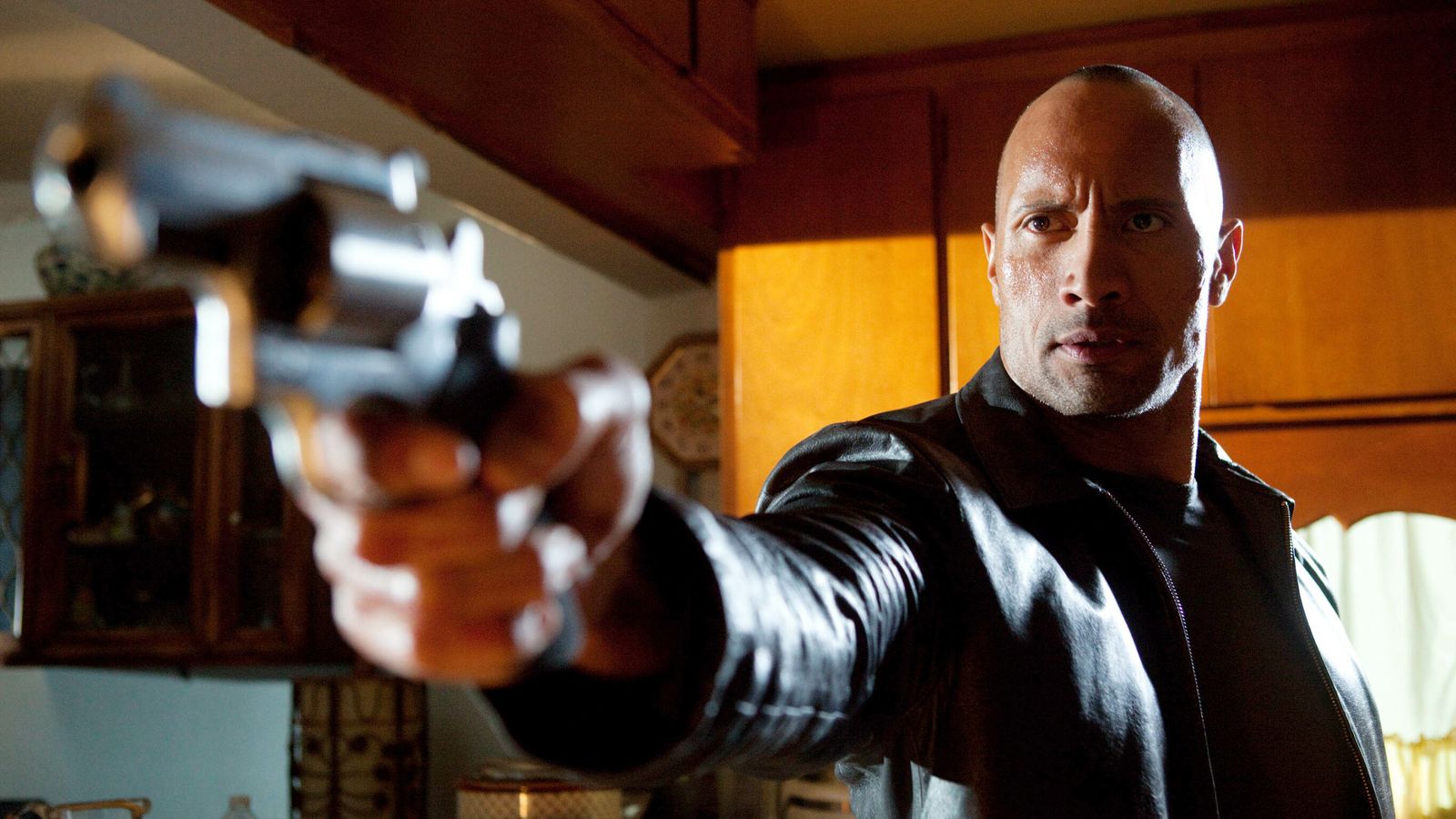 Hollywood star Dwayne Johnson has said he will not use real guns “ever again” on film or TV sets following the death of cinematographer Halyna Hutchins.

Speaking on the red carpet for the world premiere of his new Netflix blockbuster Red Notice, the actor – best known as “The Rock” – said that films or TV shows made by his company Seven Bucks Productions would use rubber guns from now on.

His comments come two weeks on from the death of Ms Hutchins, 42, who was killed on the set of the Western film Rust in New Mexico. Star Alec Baldwin had been holding a gun which released a live bullet, and investigations into the incident continue.

Image: Alec Baldwin discharged a prop firearm on the set of Rust

Speaking about the tragedy and the use of guns on sets, Johnson told reporters: “The guts and the mechanics of movies, there’s a lot of protection. But that said… I can speak on behalf of Seven Bucks Productions – moving forward on any Seven Bucks Production in television or film or otherwise, we will not use real guns ever again.

Johnson also said he had known Baldwin for “many, many years”.

He continued: “He’s a buddy of mine, and my heart goes out to the families of everybody who was involved.”

Ms Hutchins’ death has reignited concern about the use of prop guns such as the weapon Baldwin discharged on set.

Baldwin, 63, who was a producer on the film as well as a star, spoke publicly about the tragedy for the first time at the weekend, telling reporters it was a “one in a trillion episode” and that he had lost his “friend”.

Image: Halyna Hutchins, pictured in 2017, died in the incident, while director Joel Souza was injured

The actor said he was cooperating with police as the investigation continues, but declined to comment further.

He went on to say he supports limits on the use of real guns in films and TV shows to protect people’s safety on set.

A police investigation is under way into the shooting, which also left Rust director Joel Souza injured.

Authorities in Santa Fe are looking into how a suspected live round came to be in the firearm, which had been declared safe by an assistant director, according to court documents.

Production on the film has been halted indefinitely while authorities investigate. Prosecutors have said it is too early to tell if criminal charges will be brought in the case.