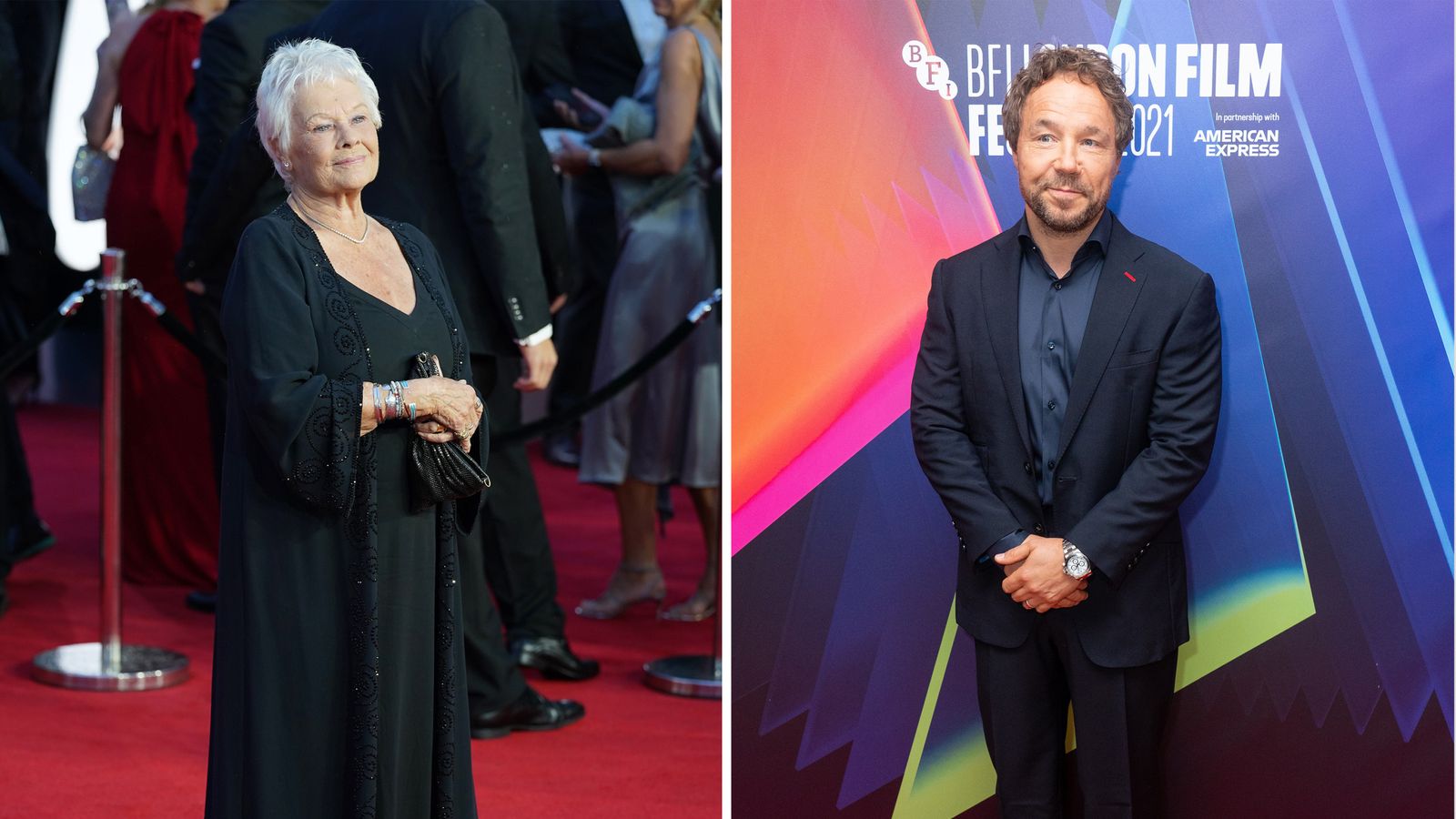 Dame Judi Dench and Stephen Graham are among the big name nominees at the British Independent Film Awards (BIFA).

Dame Judi has been given the nod for her supporting role in Belfast – Sir Kenneth Branagh’s autobiographical film about his childhood in Northern Ireland, which leads the awards with 11 nominations.

She’s joined by Caitriona Balfe, who is nominated for best actress, Ciaran Hinds for best supporting actor and youngster Jude Hill, who gets a nod for breakthrough performance.

Stephen Graham gets recognition for his role in the one-shot film Boiling Point, also with 11 nominations, where he plays a chef.

Ray Panthaki, Vinette Robinson and Lauryn Ajufo are also up for nominations for their roles in the film.

Director Philip Barantini told Sky News the film “took a lot of planning and a lot of blood, sweat and tears” to make, adding that they shot the film four times over.

Paying tribute to leading man Stephen Graham, Barantini added: “He’s amazing… because he’s so passionate and doesn’t put himself above anybody.

“For our film, it was a team effort, it’s an ensemble piece, and so he was a huge advocate of that.”

Lauryn Ajufo, who is nominated for breakthrough performance, told Sky News that the film is “epic” and was “very daunting at first”.

Ajufo added: “You got used to it at times and it was a lot of fun and everyone was super, super supportive.”

Boiling Point goes up against Ali & Ava, After Love, The Nest and The Souvenir Part II in the best independent British film category.

Also bagging several nominations was Films After Love, Censor and The Souvenir Part II – all scoring nine nods each.

The awards were read out at the Curzon Soho cinema in central London by Sex Education star Mimi Keene and previous winner Samuel Adewunmi.

He told Sky News that independent films should be celebrated, describing them as the “heartbeat of British cinema”.