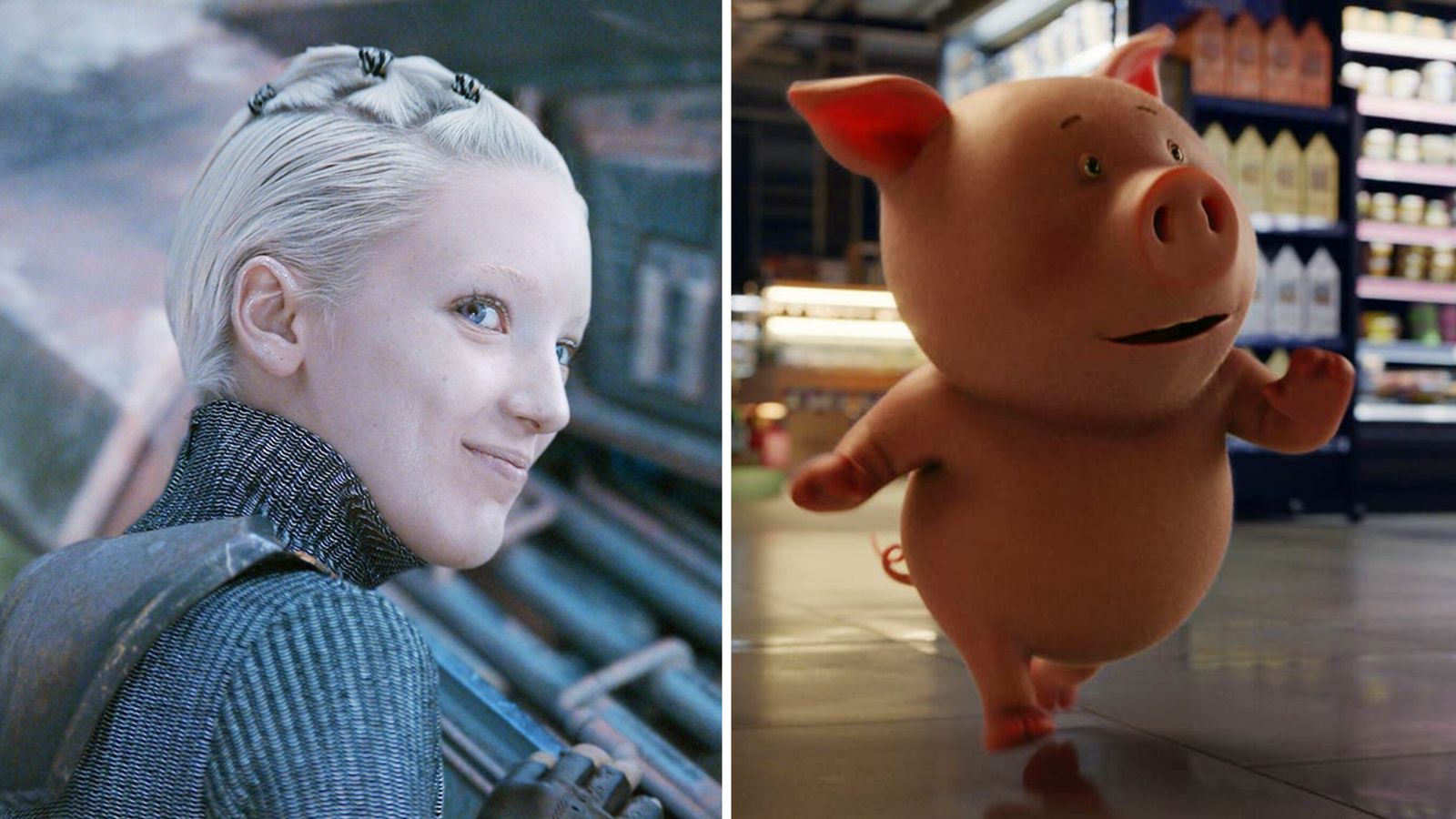 The battle of the Christmas adverts has begun – with John Lewis and M&S both unveiling their festive clips on the same day.

The campaigns have been released a fortnight earlier than usual and hope to follow the success of The Bear and the Hare in 2013, Monty the Penguin in 2014 and Excitable Edgar in 2019 – among others.

The John Lewis advert is a two-minute tale of a young alien experiencing their first Christmas on Earth, and comes as the department store, part of the John Lewis Partnership, aims to recover after the pandemic battered its finances.

Space traveller Skye crash-lands at the height of festivities in the woods near the home of 14-year-old Nathan, who introduces her to the traditions of eating mince pies, decorating the tree and, to her slight confusion, wearing novelty jumpers.

Rising star Lola Young provides the soundtrack for one of the most anticipated adverts of the season with her cover of Together In Electric Dreams.

John Lewis declined to reveal the budget of the advert but said it was in line with the previous year’s spending.

In a bid to cash-in on the advert, the jumper Nathan gives Skye is available for purchase, with 10% of the profits going to charities FareShare and Home-Start UK.

Last year, John Lewis said it considered shelving the festive tradition over concerns it may not be appropriate during the pandemic – but instead released a campaign inspired by the kindness of the British public.

The sparkly new M&S Christmas ad is here! Percy Pig comes to life for the first time EVER, and along with his fairy friend, they discover the delicious delights of the M&S festive Foodhall. What’s making it to your Christmas table this year? #PercyPigmas pic.twitter.com/w5Ot7EJCrP

The high street giant said it wants to make this Christmas “its biggest ever”, and launched two marketing campaigns on the same day.

M&S Clothing launched a musical advert encouraging customers to have an “anything but ordinary” Christmas.

Percy Pig has been brought to life through animation for the first time to celebrate the launch of its new Christmas food ranges.

Tom Holland voices the character, alongside Dawn French who plays a fairy.

Image: Percy Pig has been brought to life in the M&S advert Image: Tom Holland stars as the voice of Percy Pig, with Dawn French as a fairy

Holland said: “I’ve loved Percy Pigs for as long as I can remember, and when I was asked to be his voice – his first-ever voice – it took me less than a second to say yes.”

Image: Together In Electric Dreams: The John Lewis Christmas 2021 ad features an alien learning about festive traditions Image: The advert features a young boy who introduces the alien to Christmas traditions

It also comes amid pressure on retailers to deliver bumper sales after a tough 18 months, blighted by enforced store closures and trading restrictions.

John Lewis customer director Claire Pointon said: “There is nothing more magical than discovering the joy of Christmas for the first time and enjoying your favourite festive moments with loved ones.

“After the last 18 months, we wanted our advert to really celebrate this as we look forward to a brighter future.”

John Lewis Partnership, which operates the John Lewis department store chain and Waitrose supermarket arm, unveiled a £29 million pre-tax loss for the half-year to 31 July, representing a significant improvement from the £635 million loss it posted for the same period last year.

It also follows the retailer being forced to pull a home insurance ad after it was deemed potentially misleading.