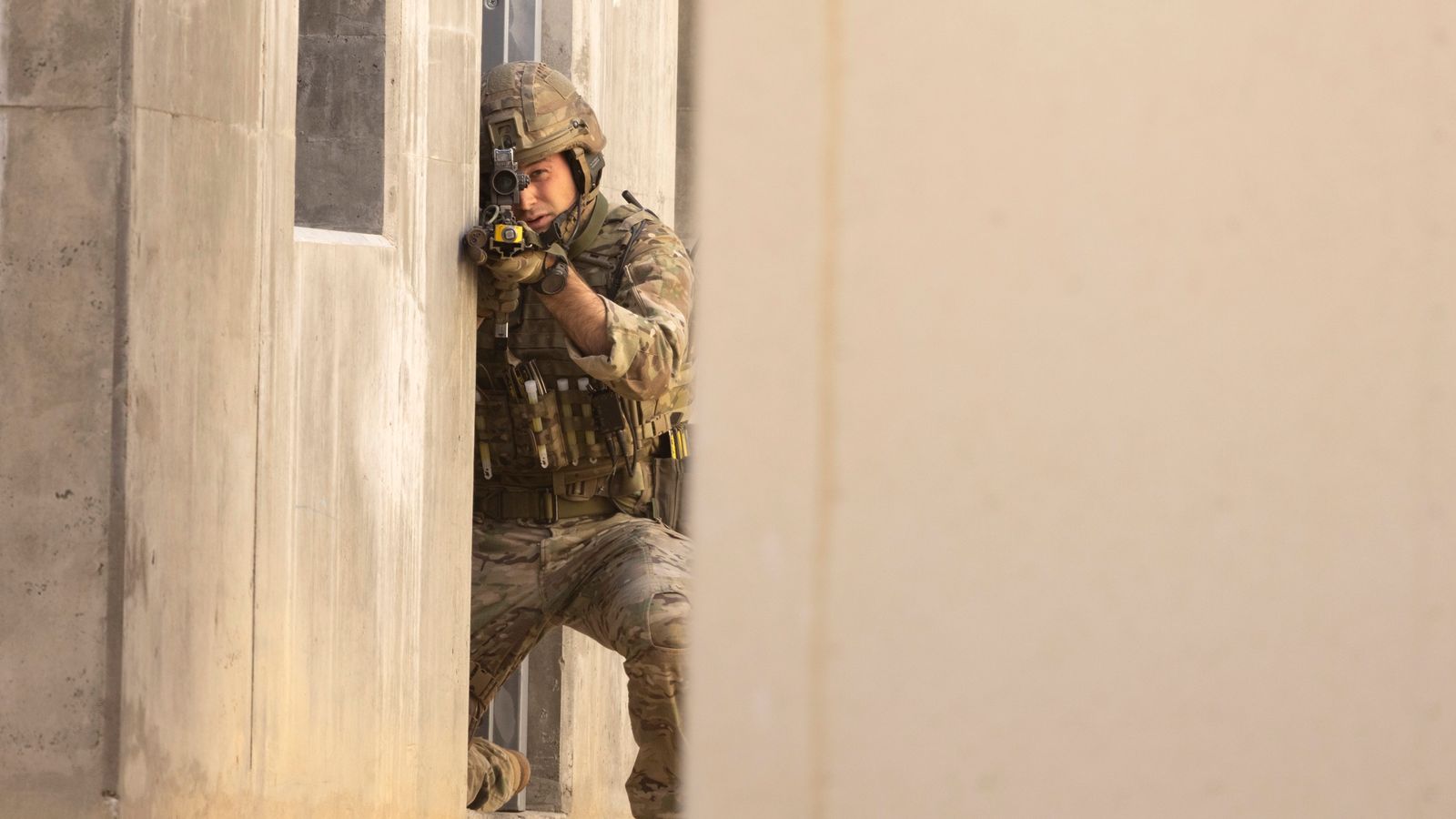 Royal Marines and allies forced US troops to surrender days into a training exercise at an enormous battleground facility in the California desert.

The Ministry of Defence explained that the battle exercise was testing the deployment of the new Littoral Response Group (LRG) in a guerrilla war-fighting facility on the west coast of America against well-equipped US Marine Corps opponents.

But during a five-day exercise, the culmination of two months of training in the Mojave Desert, the US Marine Corps asked for a “reset” after the Royal Marines dominated the battle, reported The Daily Telegraph.

Image: The LRG is a new warfighting group led by the Royal Marines Commando

The LRG is one of two new Royal Navy task groups focused on commando forces that are able to respond to world events, with one to be based in Europe and another in Oman, focused on military threats east of the Suez Canal.

LRG South, the Oman-based force, proved victorious in a five-day operation known as Green Dagger, which saw allies from the US, Canada, UAE, and the Netherlands take on the Marine Corps.

More on Ministry Of Defence

The LRG South is being built around 40 Commando, part of the UK’s internationally renowned light infantry forces, alongside Dutch troops who form part of the LRG.

Dr Mark Galeotti, an expert on Russia who has been a consultant for the Foreign Office, wrote in 2018 of how a retired Russian officer told him: “Britain has always had the best light infantry in the world, and the b******* get places faster than we would like.”

Image: British and allied forces defeated the US Marine Corps

The commandos proved superior to the US Marine Corps while conducting their exercises at the Marine Corps Air Ground Combat Center at Twentynine Palms, a sprawling training ground covering an area similar in size to Luxembourg.

The exercise focused on three urban sprawls defended by allied forces, the largest of which is comprised of 1,200 buildings that have been purpose-built for military exercises.

The LRG won decisive battles early on, according to the Royal Navy, but soon found the Marine Corps pushing into allied territory.

To counter the advance, commandos and allies carried out raids behind enemy lines, infiltrating the US Marine Corps’ position and striking assets critical to the US defence and ability to coordinate their own attacks.

Image: The exercise took place in a special training facility in the Mojave Desert

“Our success has proved the new commando force concept is more lethal and sophisticated than ever before and I am immensely proud of every member of the LRG and their vital contributions,” said Lieutenant Colonel Andy Dow, commanding officer of 40 Commando.

“Operating alongside our partners from the USA, Netherlands, Canada and the UAE gives us a fantastic opportunity to test, integrate and continue to push our capabilities in new and innovative directions.”

“Throughout this deployment our focus has been on integrating game-changing capabilities from across the commando force to deliver disproportional effect in the face of a free-thinking peer adversary,” Lt Col Dow added.

Image: The US Marine Corps reportedly asked for a ‘reset’ after the Royal Marines dominated the battle

When the exercise concluded with a last-minute assault, the allied forces successfully repelled them and the game eventually finished with the British and allied forces controlling more than two thirds of the entire battlefield.

The Ministry of Defence said that the deployment had ensured that the commando element of LRG South is ready for operations from next year, reacting to unfolding events around the world.

LRG North has already been deployed to the Baltic this year, it said.

Owen Paterson suspension: ‘When they break the rules, they just remake the rules’