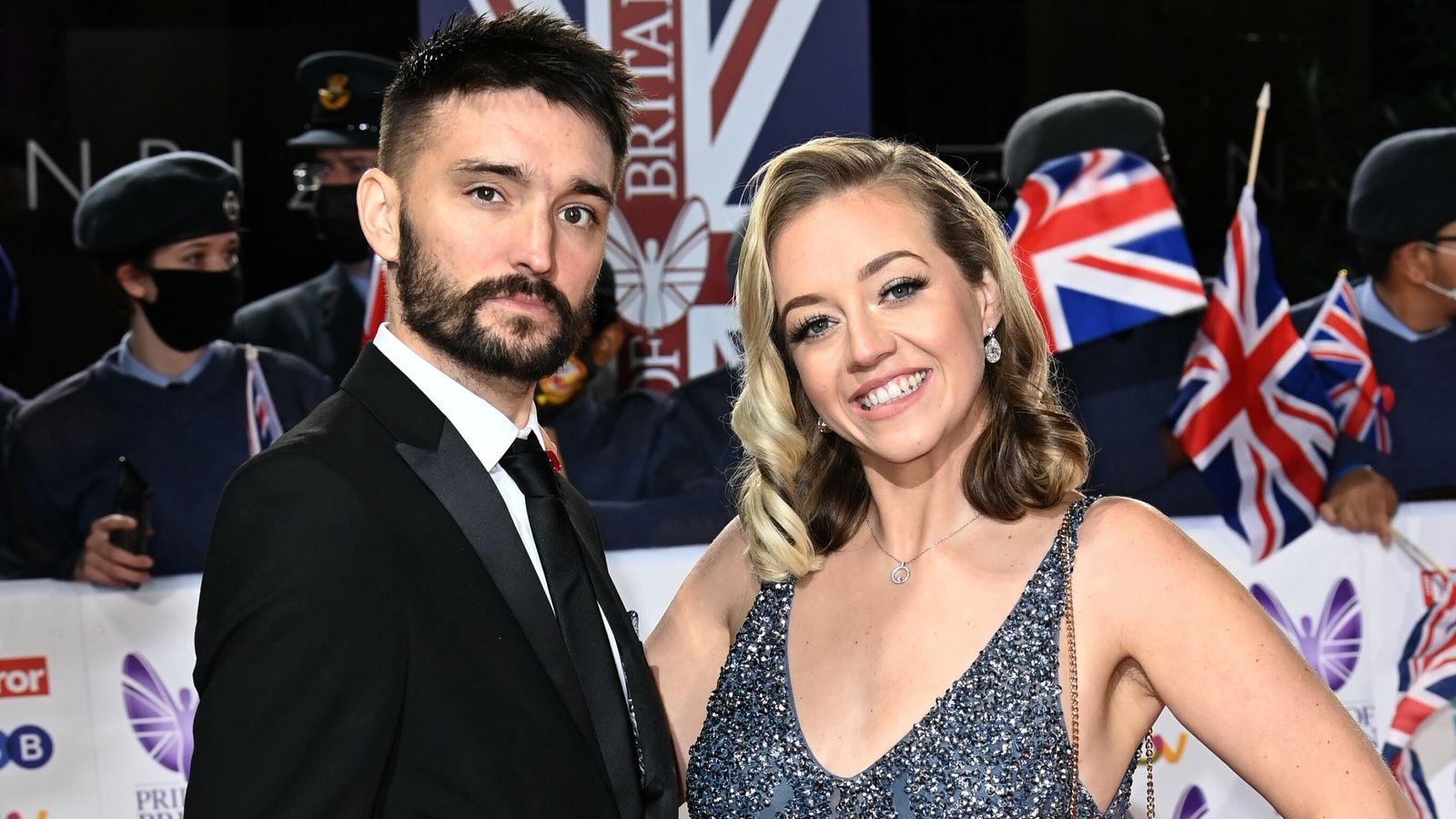 The Wanted’s Tom Parker has shared an emotional update about his brain tumour, telling fans the cancer has been brought “under control”.

The 33-year-old pop star and father-of-two revealed in October 2020 that he had been diagnosed with a tumour, and at the time had been told it was “inoperable” and “terminal”.

Posting a picture of himself, his wife Kelsey Hardwick and their children on his social media channels on Wednesday, Parkerwrote: “I’m sat here with tears in my eyes as i tell you. We’ve got my brain tumour under control.

journey. Honestly over the moon. We can sleep a little easier tonight. Thank you for all your love and support over the last 12+ months. Love from Me,Kelsey, Aurelia & Bo

“We had the results from my latest scan…and I’m delighted to say it is STABLE.”

The star said he was feeling “a mix of emotions” and “couldn’t ask for any more”.

Parker thanked fans and well-wishers for the support he and his family have received since he went public with his diagnosis, and said he was “over the moon”.

The star was diagnosed with a grade four glioblastoma – an aggressive cancer that can occur in the brain or spinal cord – in 2020. Life expectancy for those diagnosed is around 12 to 18 months, according to the Brain Tumour Research charity.

Parker formed The Wanted with bandmates Max George, Siva Kaneswaran, Nathan Sykes and Jay McGuiness in 2009 and they first topped the charts with their debut single All Time Low the following year.

The band went on to release three albums before they went on an indefinite break at the beginning of 2014.

They announced their comeback earlier in 2021, with Parker telling Sky News he was feeling “pretty good” about his treatment.

“I think a lot of people are quite surprised by it, he said at the time. “I think with this disease, you get quite a natural decline, but if anything it seems to be on the incline. I feel a lot better than I did a couple of months ago.

“When we had the initial conversation [about reuniting], I was like I’m not sure I will be able to do it, just for my health. But with my health getting better, here I am sitting today.”

He also said his bandmates had helped him get through the past year, saying: “The boys have been a fantastic supporting system.”