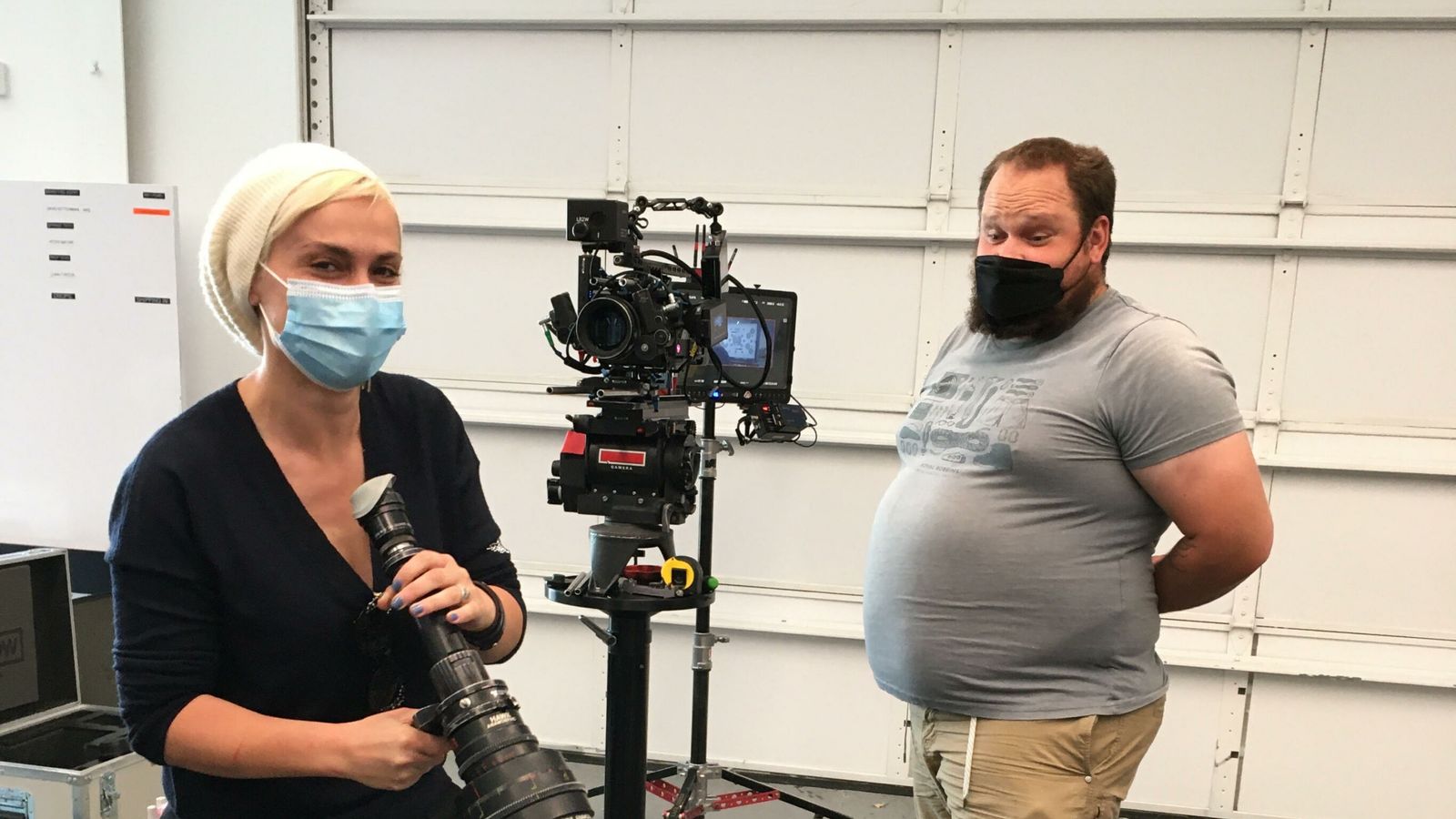 A former crew member on the film Rust said he “never felt as close to death” on a set as he did in the days before Halyna Hutchins was killed.

Lane Luper was the lead camera operator for the production but resigned the day before his friend and cinematographer Ms Hutchins was shot dead with a live bullet, fired by the film’s star actor, Alec Baldwin.

In his resignation letter to a production manager, seen by Sky News, Mr Luper highlights concerns about the safety and welfare of crew as the reason for him walking away.

He wrote: “During the filming of gunfights on this job things are often played very fast and loose.

“So far there have been two accidental weapons discharges and one additional SFX explosives that have gone off around the crew between takes.

“To be clear there are NO safety meetings these days. There have been NO explanations as to what to expect for these shots.”

Mr Luper said he is speaking out now because he wants to make clear that Ms Hutchins’s death, in his opinion, was caused by cutting costs and cutting corners.

Image: Baldwin is the only person involved with the production to speak publicly about Ms Hutchins’s death

“Halyna’s death was so preventable by simply following industry safety rules that had been in place for literally decades,” he told Sky News.

“I have never felt more unsafe on set or off set. I’ve never felt I was more in danger of dying on the set or on the drive home, I was so exhausted.”

Mr Luper said that the production team on the independent film put potential profit first, at the expense of safety and welfare of the crew.

“The crew themselves worked very hard but I don’t think they were necessarily respected by the producers,” Mr Luper said.

“This set was unsafe simply because they didn’t have the wherewithal to follow safety rules that we have in this industry.”

There are six producers credited for Rust, which is an independent production. They are Ryan Smith, Nathan Klingher, Ryan Winterstern, Matt DelPiano, Anjul Nigam and Baldwin.

Hollywood veteran Baldwin is the only one to speak publicly about Ms Hutchins’s death, after he was tracked down by photographers in a mountain town in Vermont, where he owns a holiday home.

He described what he said was a “well oiled” crew on set but Mr Luper disputes that view.

“Would I say the whole thing was well-oiled? Absolutely not,” Mr Luper said.

“We didn’t know what was going on at the time. There were no rehearsals, there were no safety meetings to explain what the next shot was, which is also a requirement of every time you use firearms.”

In a statement, a spokesperson for the Rust producers said: “Mr Luper’s allegations around budget and safety are patently false, which is not surprising considering his job was to be a camera operator, and he had absolutely nothing to do with it or knowledge of safety protocols or budgets.

“As we continue to cooperate with all investigations, we are limited in what we can say.

“However, safety is always the number one priority in our films, and it is truly awful to see someone using this tragedy for personal gain.”

Sky News has also seen a resignation letter sent by another crew member, who quit the film, citing what he said was a disregard for safety around firearms by the film’s assistant director Dave Halls.

“I also feel anxious on set,” he wrote in an email to a production manager.

“I’ve seen first-hand our AD rush to get shots and he skips over important protocols.

“I have tinnitus in my right ear and he often rushes to shoot, I’ve had more than a few occasions where I have been close to the weapons being fired with no regards to my hearing.

“Sometimes he rushes so quickly that props hasn’t even had the chance to bring earplugs and he rolls and the actors fire anyway.

“I feel torn because I like the show and my team but for many reasons I have to walk away for my own health and safety.”

1:50 ‘There was complacency on this set’

Sky News has approached Mr Halls and his lawyer for comment but has not yet received a response.

The police investigation into Ms Hutchins’s death is ongoing and one of the central questions they are considering is why exactly live ammunition found its way on to a film set.

It is bemusing to Douglas Stewart, one of the actors on Rust. He had a positive experience filming.

He was not on set at the time of Ms Hutchins’s death but is now joining calls for real guns to be banned on films.

“For there to be a live round in a gun handed to an actor is unconscionable and unbelievable,” he said.

Image: The police investigation into Ms Hutchins’s death is ongoing

“Everybody in my acting community, we were stunned. We just couldn’t believe it happened and still can’t.”

Those who worked with Ms Hutchins believe she would have become one of Hollywood’s leading cinematographers.

They now hope her legacy can be that of safer sets for cast and crew, which means a tragedy like this cannot happen again.

Yorkshire cricket racism: From Azeem Rafiq to Michael Vaughan, the key people involved in the storm

COVID-19: Majority of CO2 monitors not yet delivered to schools as coronavirus-related absences rise