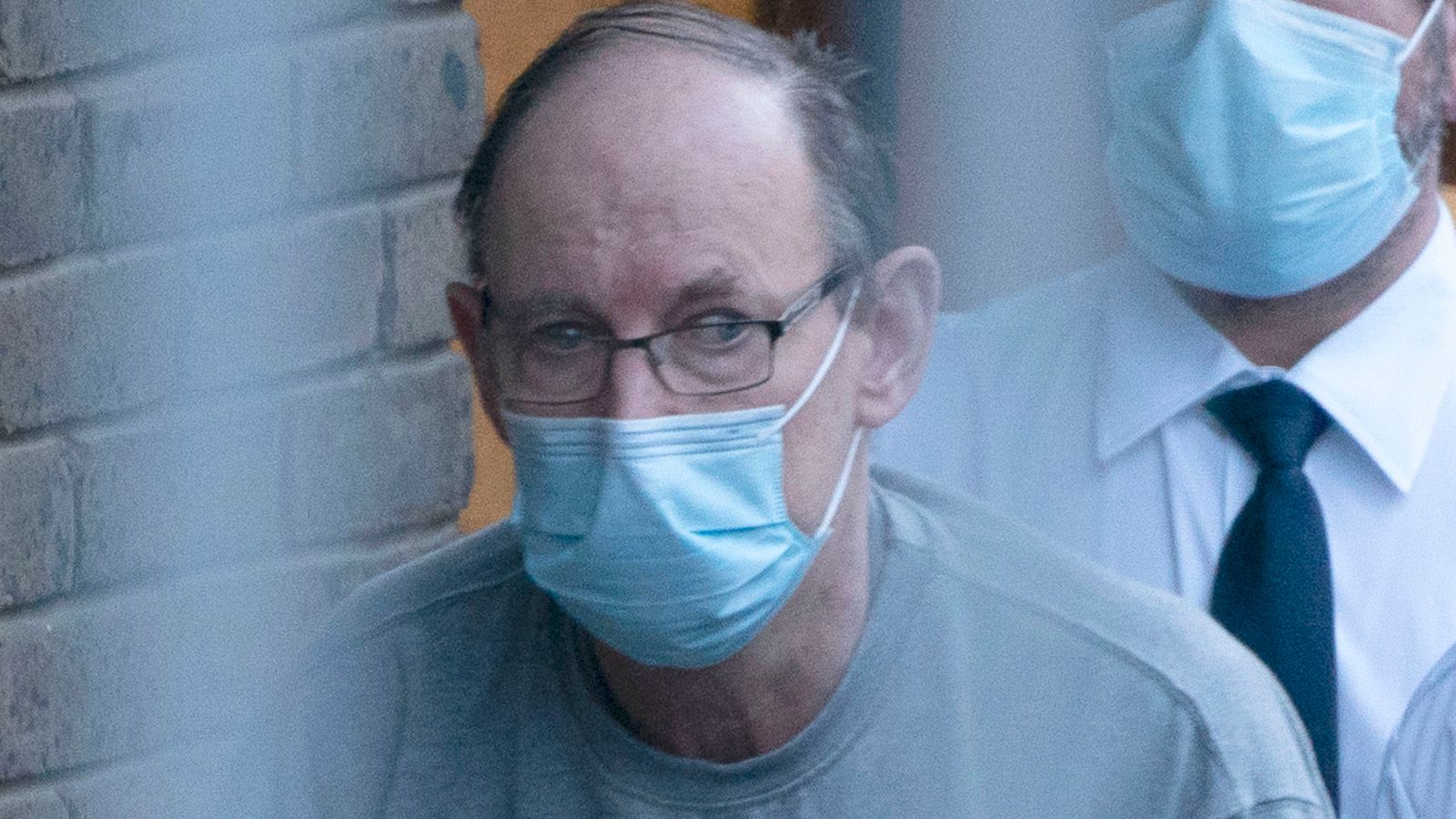 A hospital worker who thought he had got away with the murders of two women 34 years ago is facing the rest of his life in jail after new DNA techniques identified him.

Fuller changed his pleas on Thursday, four days into his trial at Maidstone Crown Court which heard he had sexually assaulted the women after killing them.

And in a shocking discovery after his arrest in December, police found Fuller had for years been sexually assaulting dozens of female corpses in the morgue of the hospital where he worked as an electrician and maintenance engineer.

He admitted assaulting nearly 80 dead bodies, many of which he filmed, but detectives believe there may have been hundreds more in the three decades he worked at the hospital.

The victims ranged from a girl aged nine to a 100-year-old woman.

Fuller was described in court as a “controlled sexual deviant who preyed on young women and derived sexual gratification from the violation of their dead bodies”.

After a judge lifted a reporting ban. Fuller – who is married with a son – can now be revealed as one of Britain’s most prolific sex offenders.

A police source said: “The extent and scale of his offending is likely to be unprecedented in this country.”

Police have spent £2m marshalling 317 family liaison officers, drawn from 27 UK forces to track down the relatives of his hospital victims and break the news.

Fuller’s second wife Mala, who was a nurse at the hospital, was in court last month with his son and brother and others when the full details of his crimes were revealed.

One woman was shaking and in tears, another left the courtroom and appeared visibly distressed.

In that hearing, he admitted 32 charges of sexually assaulting dead bodies, taking indecent photographs of a child, possessing extreme pornographic images and voyeurism.

Initially, he had denied killing the two young women but later told his lawyers he admitted it but with diminished responsibility.

On Thursday he changed his murder pleas to guilty.

His first victim was Wendy Knell, the manager of Supa Snaps where Fuller took his photographs to be developed in Tunbridge Wells, Kent.

Her boyfriend found her naked body in a bedsit in the town in June 1987. It was her father Bill’s birthday. She had been sexually assaulted and strangled.

Her widowed mother, Pam Knell, 84, told Sky News: “I remember the phone call from the police. And then I had to tell my husband to go over, to sort it out. It was mad. I don’t know.”

She added: “I didn’t remember for a long time. I used to find myself at the bottom of the garden in the middle of the night, by myself, crying my eyes out.

Image: The flat on Guildford Road where Ms Knell was killed Image: Ms Pierce was abducted by Fuller outside her home at 27 Grosvenor Road

“Wendy was a lovely, spirited girl and a good daughter. She had just started a new life, living away from us, but she didn’t have much of one, did she?

“I never thought they would catch him and I was frightened of any man coming close to me. I hope he is locked up for a long time. At least he won’t be able to do it again if he’s in prison, will he?”

In a statement after Fuller’s guilty plea, Ms Knell’s family said: “Although the guilty plea won’t change anything deep down as the pain and loss will always be there, it’s good knowing he will not be in a position to hurt or cause any more pain.”

Five months after killing Wendy, Fuller abducted Ms Pierce outside her bedsit home. She was a waitress at Buster Brown’s restaurant which he had visited.

Her body, naked apart from a pair of tights, was discovered by a farm worker in a flooded drain 40 miles away in Romney, an area Fuller knew from cycling trips.

Kent detectives investigated for many weeks, but forensic samples were poor and with no established DNA database to help identify the killer, the operation was scaled back.

What became known as “the bedsit murders” remained unsolved, even though a DNA sample from Wendy’s body was enhanced by forensic scientists in 1999.

Image: Fuller had a swipe-card for the hospital mortuary which he used to gain access when staff went home

In 2019, a re-investigation was boosted by an enhanced DNA sample from Caroline’s tights, though the breakthrough came from the sample from Wendy’s body.

Checks on the national DNA database, set up in 1995, showed a close match to 90 people and gradually detectives whittled down the numbers and identified a relative of Fuller – and then Fuller himself.

When police called at his home in Heathfield, East Sussex, he denied knowing the two women, but he was arrested and his DNA matched the killer’s. His fingerprint matched one in blood on a plastic bag found in Wendy’s bedsit.

In a search of Fuller’s house, detectives discovered hidden computer hard drives, 1,300 videos and CDs, 34,000 photographs and hundreds of hard and floppy discs, containing what they described as distressing images of sex offences.

In all, there were 14 million images.

They included footage of Fuller sexually assaulting dead bodies in the morgue at the now-closed Kent and Sussex Hospital and the new Tunbridge Wells hospital, which replaced it in 2011.

Maidstone and Tunbridge Wells NHS Trust has launched an independent investigation to discover why he wasn’t detected.

His job gave him access to all areas of the buildings and he had a swipe-card for entry to the mortuary, where staff clocked off three hours before his own regular shift ended.

Image: The hospital room where post-mortems were carried out did not have a security camera

One CCTV image showed him in part of the morgue looking at refrigerators where bodies were stored.

The room where post-mortems were carried out did not have a security camera, to maintain the dignity of the bodies.

The stored images only go back to 2008, but as Fuller worked at the hospital since 1989 detectives believe there could be hundreds more victims.

Fuller, who had a previous conviction for burglary, will learn his fate at a later date.

He faces a mandatory life sentence, but because he killed two victims, sexually attacked them and tried to conceal his crimes, he could be jailed for the rest of his life without chance of parole.

Health Secretary Sajid Javid said the NHS had written to all health trusts asking for mortuary access and post-mortem activities to be reviewed.

The Human Tissue Authority has also been asked for advice on whether rules need to be changed.

Home Secretary Priti Patel: “This is a shocking case and my heartfelt sympathies go out to the families of all those who may have been affected.

“The sickening nature of the crimes committed will understandably cause public revulsion and concern.

“As Kent Police have made clear, anyone potentially impacted has been contacted directly by specialist officers.”

Libby Clark, of the Crown Prosecution Service, said: “David Fuller’s deeply distressing crimes are unlike any other I have encountered in my career and unprecedented in British legal history.

“This highly dangerous man has inflicted unimaginable suffering on countless families and he has only admitted his long-held secrets when confronted with overwhelming evidence.”

She added: “No British court has ever seen abuse on this scale against the dead before and I have no doubt he would still be offending to this day had it not been for this painstaking investigation and prosecution.”

Eternals has ‘most diverse cast’ ever and is ‘huge’ step forward for film, says Salma Hayek