Eternals has ‘most diverse cast’ ever and is ‘huge’ step forward for film, says Salma Hayek 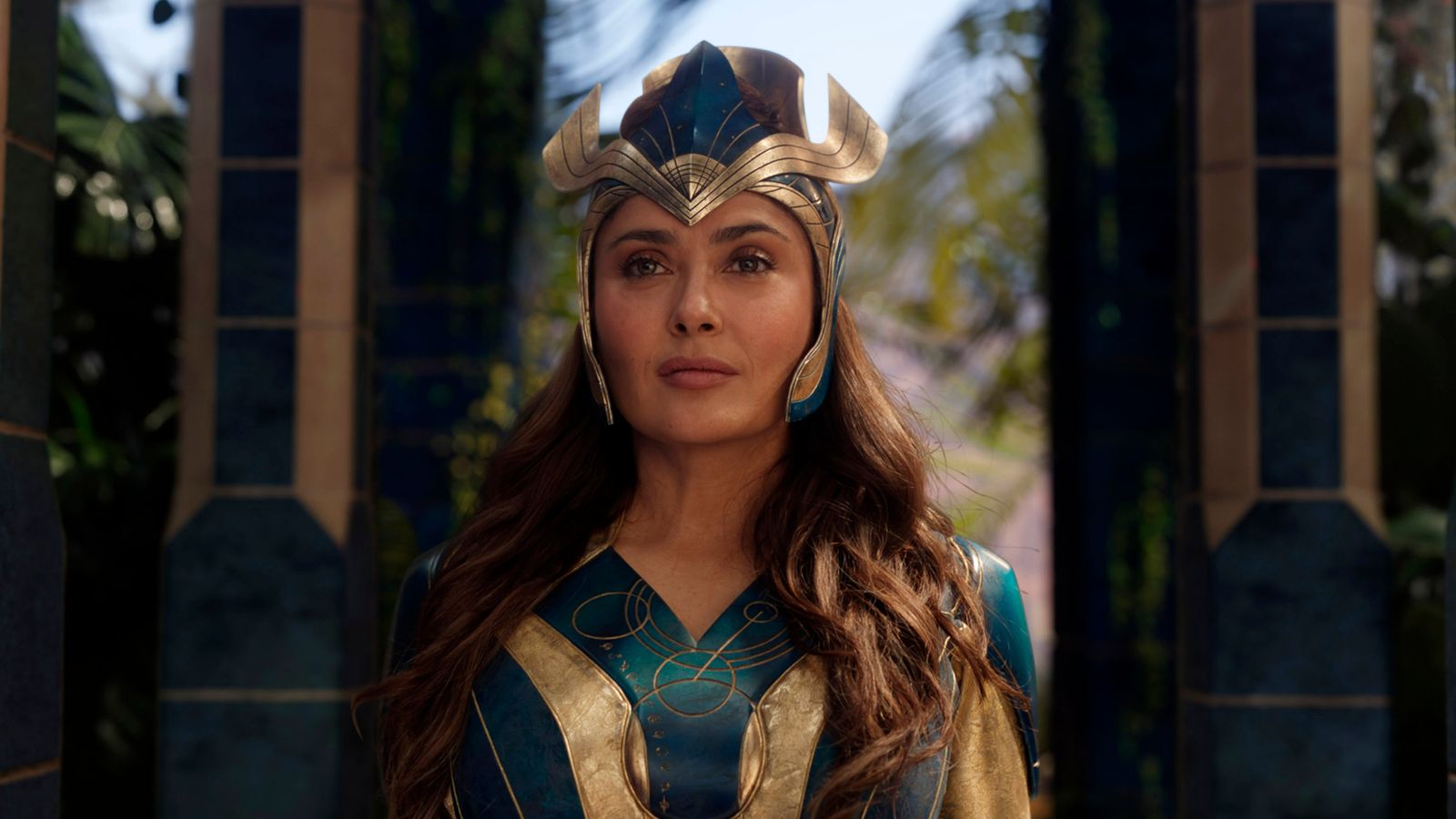 Salma Hayek has said the Eternals film is a “huge” step forward for diversity and inclusivity in the film industry.

It was directed by Oscar-winning filmmaker Chloe Zhao.

Hayek, who plays Ajak in the film, said: “I haven’t had a chance to explore being a superhero in the past, or [be] part of a franchise that is actually the biggest one ever – or to explore being a part of the most diverse cast that’s ever been made in a film – a lot of exploration.”

She added: “It’s not my first time, but it is a rare jewel to be able to work with a female director.

“[The diversity is] huge, and especially because for the deaf community, all of a sudden, they’re watching a movie that’s speaking their language, and I think it’s amazing.”

Pakistani-American comedian Kumail Nanjiani, who plays Kingo, said: “I was talking to Lauren and she used this phrase ‘deaf gain’, which means the ways in which being deaf, the advantages that it has; and I had never heard that phrase before.

“And you watch the movie and you really see the ways of ‘deaf gain’. And just working with her was so special.”

London-born star Gemma Chan said the inclusivity of the film felt “so important”.

“I think it’s amazing that there will be young boys and girls seeing themselves represented in a film like this, maybe for the first time,” she said.

Image: (L-R): Gemma Chan and director Chloe Zhao, on the set of Eternals

“I also hope we’re moving towards a point where it’s no longer a big deal that we have a diverse cast like this.

“And it’s not just about race, ethnicity, it’s about ability, it’s everything – sexual orientation.

“These characters that have been around since the dawn of civilisation, it just makes sense that they should represent the beauty and the breadth of humanity.

“And also, I should say that I feel that each of us had been cast because there’s something within each of our personalities that is like the character, so it also doesn’t feel like it’s (shoehorned in).”

Eternals is released in the UK on 5 November.