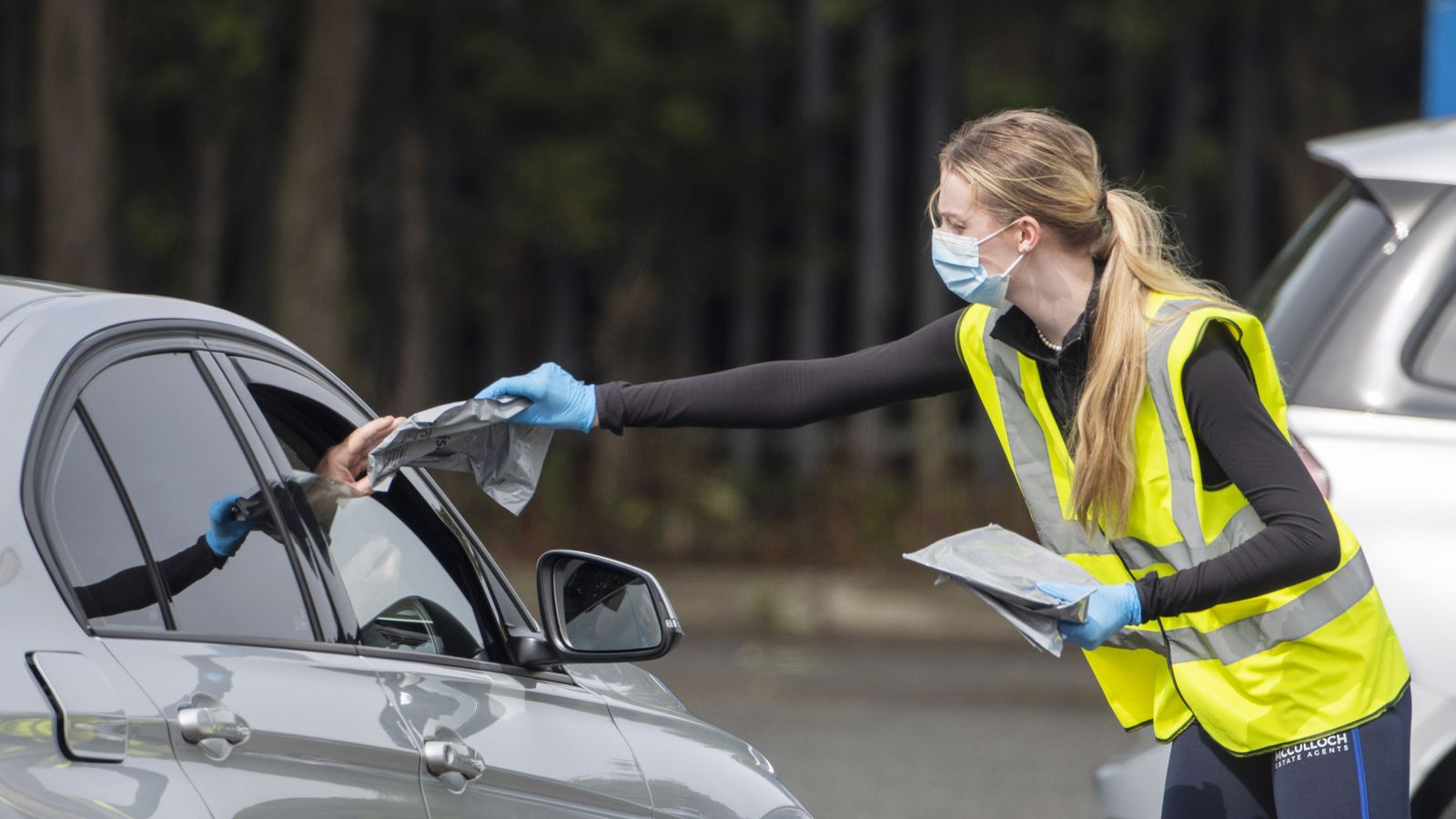 The UK has reported a further 34,029 coronavirus cases and 193 deaths in the past 24-hour period, according to government figures.

Another 334,398 booster jabs have been administered, taking the total to 9.4 million, while 45.8 million people have had two doses of the vaccine.

It comes as figures suggest that coronavirus infections remain at or near record levels in all four UK nations.

Around one in 50 people in private households in England had COVID in the week to 30 October, unchanged from the previous week, according to the latest estimates from the Office for National Statistics (ONS).

One in 50 is the equivalent of about 1.1 million people, and is the same proportion of people who were estimated to have coronavirus at the peak of the second wave in early January.

It is also the highest level of infections since weekly ONS estimates began in July 2020.

In Wales, around one in 40 people had the virus last week – unchanged on the previous week and again the highest since estimates began.

The latest figure for Northern Ireland is one in 65, up week-on-week from one in 75 but slightly below the record high of one in 40 estimated in mid-August.

For Scotland, the estimate is one in 80 – down slightly from one in 75 the previous week, and below September’s peak of one in 45.

The ONS described the longer-term trend in England, Scotland and Wales as “uncertain”, while the percentage of people testing positive in Northern Ireland has “continued to increase”.

All figures are for people in private households, and do not include hospitals, care homes and other settings.

The number of COVID-19 infections in the UK, which is estimated every week by the ONS, is not the same as the number of new cases of coronavirus, which are reported every day by the government.

The number of infections provides a snapshot of the prevalence of COVID and is based on a sample of swab tests collected from households across the UK.

Meanwhile, the number of cases of coronavirus reported each day by the government includes only those people who have newly tested positive for the virus, and is therefore affected by how many people are coming forward for tests, or who are taking a test because they know they have coronavirus symptoms.

When modelling the level of infections among different age groups in England, the ONS said rates have increased in the latest week for those from school year 12 to age 24 and for those aged 50 to 69.

Rates have decreased for those in school years 7 to 11, though the percentage of people testing positive in this age group remains high, at 7.5%.

Dr Simon Clarke, associate professor in cellular microbiology at the University of Reading, noted that “well in excess of a million people” were infected with coronavirus in the past week, “many of whom will have been walking around in their daily lives, spreading the disease without realising it before developing symptoms, or without being affected at all”.

He added: “It is too early to know if this will be the peak of the latest wave of infections or just a temporary week to week reduction.

“The slightly lower numbers overall are likely due to a reduction in cases among children, which may be an impact of the autumn half-term school holiday, and the rising numbers of vaccinated teenagers.

“It is concerning that infection levels in older people could be on the rise. This may be a result of waning immunity, which would emphasise the importance of the current booster jab campaign.”