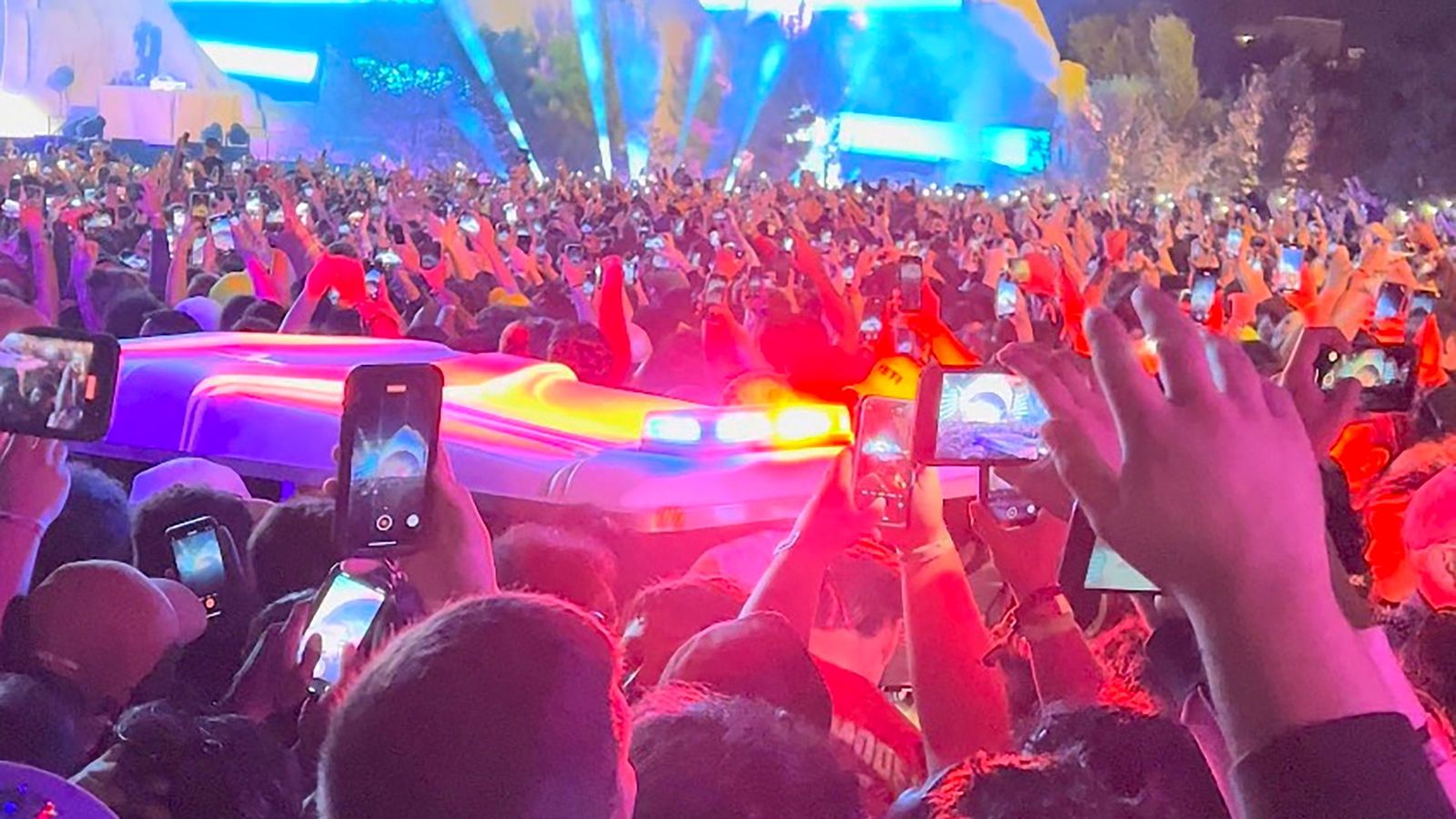 At least eight people have been killed and several others injured in a crowd surge during a Travis Scott concert at Astroworld Festival in Houston.

The crowd had moved closer to the stage while Scott, who founded the festival, was performing on the opening night.

The rapper stopped during his 75-minute set after spotting fans in distress near the front of the stage, and that he asked security to help people out of the crowd.

The local fire and rescue service took 17 people to nearby hospitals, with 11 of them in cardiac arrest, fire chief Samuel Pena said.

Mr Pena added hundreds of others were treated, including a child as young as 10, and the show was called off shortly after the crush occurred, calling it a “mass casualty incident”.

“The crowd began to compress towards the front of the stage, and that caused some panic, and it started causing some injuries,” he said, adding that people “began to fall out, become unconscious, and it created additional panic”.

There were also people treated at the scene at NRG Park, where the festival was being held, with a field hospital set up.

Image: The scene of the concert. Pic: Twitter @ONACASELLA/via REUTERS

Mr Pena said that while medical units were on the scene, checking around 300 people throughout the day, they became “quickly overwhelmed” during the incident.

Footage circulating from the event shows fans trying to get the attention of production staff and security to make them aware that something was wrong.

Chief Lt Larry Satterwhite from Houston police, who was near the front when the tragedy unfolded, said it “happened all at once”.

“It seems like it happened with just over the course of a few minutes – suddenly we had several people down on the ground experiencing some type of cardiac arrest or some type of medical episode,” he said.

“We immediately started doing CPR… and that’s when I went and met with the promoters, and Live Nation, and they agreed to end early in the interest of public safety.”

Houston Police Chief Troy Finner has asked for calm, saying that people should not jump to conclusions as to what may have caused the crowd surge.

He said: “I think it’s very important that none of us speculate. Nobody has all the answers tonight.

“We’re going to do an investigation and find out because it’s not fair to the producers, to anybody else involved, until we determine what happened, what caused the surge. We don’t know, but we will find out.”

Chief Finner added that there were “rumours of people injecting people (with) drugs,” and it would be looked at as part of the investigation.

Officials did not immediately know what the cause of deaths were, and those who have died have not yet been identified.

A reunion centre has been set up for family members who were unable to reach relatives who were at the event.

A crowd of 50,000 people showed up for the two-day festival in Texas, which featured artists such as SZA, Tame Impala and Earth, Wind & Fire.

Sky News has reached out to representatives for Travis Scott for comment.

The crush comes after a similar incident two weeks ago at the same venue, when fans stormed through a gate at a Playboi Carti show, forcing it to be cancelled.

In 2010, 21 people died during a crowd surge at Love Parade festival in Germany, when attendees got stuck in a narrow tunnel that served as the only entry and exit point to the event, while in 2000, a crush during a Pearl Jam performance at Roskilde Festival in Denmark left nine people dead as fans pushed towards the stage.

Earlier in 2021, at least 45 people died and more than 100 others were injured, during what was described as a stampede at a religious festival in Israel.