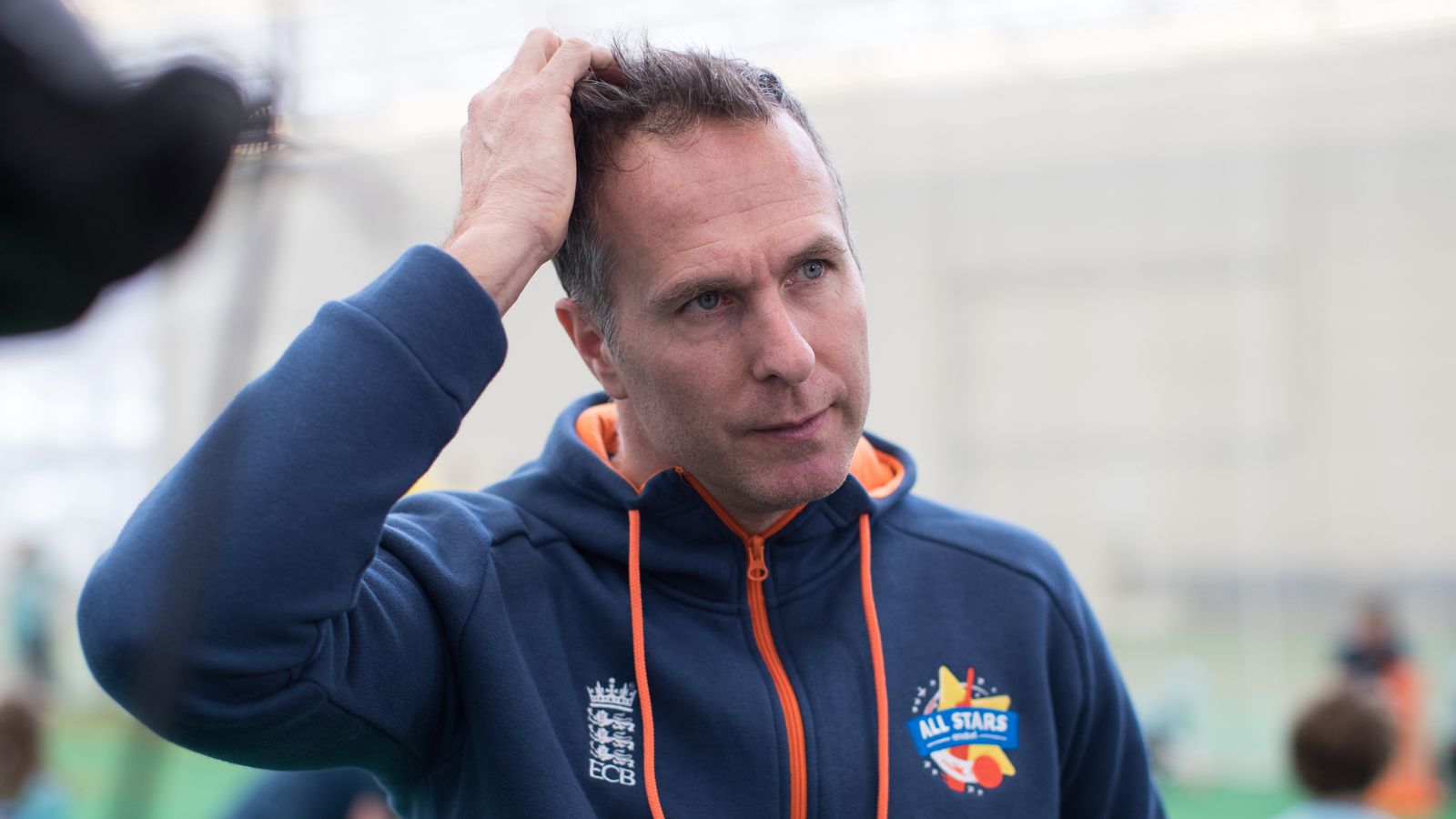 Former England cricket captain Michael Vaughan will not present Radio 5 Live’s Tuffers and Vaughan Show on Monday due to racism allegations, the BBC has said.

The announcement comes after Vaughan “completely and categorically” denied claims he was racist towards Azeem Rafiq and two other Asian Yorkshire teammates in 2009.

The claim is contained in a report after Yorkshire County Cricket Club carried out an internal investigation into racism allegations made by Rafiq.

Vaughan allegedly said there were “too many of you lot, we need to do something about it” to the three players.

The BBC has said it “takes any allegations of racism extremely seriously” but noted the former cricketer was not working with the corporation at the time of the claim.

The BBC said in a statement: “We were made aware of a single allegation which Michael strongly denies and we have been monitoring the situation closely.

“We have made the editorial decision that Michael won’t appear as a presenter on 5 Live’s Tuffers and Vaughan Show on Monday.

“The show focuses on topical discussion around current cricketing matters and given his personal involvement, we need to ensure we maintain the impartiality of the programme. We remain in discussion with Michael and his team.”

Vaughan, 47, was England and Yorkshire captain – with a playing career stretching between the 1990s and 2000s, before moving into punditry and commentating.

Writing in The Telegraph about the allegation, Vaughan said: “The allegation came completely out of the blue and more than a decade after it was alleged to have happened made it all the more difficult to process.

“I completely and categorically deny that I ever said those words. I responded to the panel by saying I was gobsmacked and that my professional legal advice was that I could not appear before a panel having had just a few hours’ notice of such serious claims made against me.”

Last year, former Pakistan international all-rounder Rana Naved-ul-Hasan, who played for Yorkshire as an overseas player in 2008 and 2009, told ESPNcricinfo he heard the comments allegedly made by Vaughan.

The 43-year-old told the sports news site he is prepared to give evidence on the matter to any interested inquiry.

Speaking to ESPNcricinfo in 2020, when Rafiq’s wide-ranging claims had only just become public knowledge, Rana said: “I fully support what Azeem said and this has been the case with me as well.

“I never spoke about it because, as foreigners, we were temporary and somehow I managed to accept the way it is. So I just focused on playing cricket. I never wanted to jeopardise my contracts.

“At times I used to feel bad, but I decided to ignore it because I knew I was not going to live there permanently. But I know what Azeem went through.”

Heads had to roll – the situation demanded it.

They have a new chair in Lord Patel who says he will do “whatever it takes” to change the culture at Headingley – but a number of key people remain in post.

Chief executive Mark Arthur and other senior figures are, as far as we know, looking to stay in their jobs.

There are other senior players who face accusations about their alleged roles in this scandal.

The resignations at the club do not represent the clean sweep that many have called for but there is a renewed optimism that change is now underway.

It had to happen – if that wasn’t clear to the leadership at the club the commercial disaster of sponsors abandoning them and losing international cricket at Headingley will have rammed it home.

More importantly the juniors and their parents arriving for indoor cricket practice at Headingley on Friday evening will know that racism has been called out at this club. It is a start.

Vaughan has been stood down by the BBC as an unnamed former Yorkshire player told Sky Sports News he was also a victim of racism at the club.

He said: “Believe it or not I had a player p*** on my head from the hotel bedroom above as I was on the phone leaning out of my room window! Let alone the numerous racist comments both blatant and sly. The coach at the time said ignore it and that he would deal with it. They never did.”

The unnamed player added: “I heard senior players talking about how they ‘shagged’ a bird in the hotel room who was on her period and made a mess and all they could find is a Muslim players prayer mat to clean it up.”

He added that “I and others were used as a statistic” and that white players were given better coaching and development opportunities.

Former Yorkshire cricketer Ismail Dawood, who experienced racism in the game from a young age, has told Sky News the England and Wales Cricket Board (ECB), the sport’s governing body, is “not fit for purpose” and needs to be regulated.

He said: “We need the government and Sports England, who are funding so much towards our wonderful game to come and regulate the ECB.

“Because we can no longer accept the ECB or Yorkshire County Cricket Club, or any club, marking their own homework.”

Yorkshire CCC and the wider sport is currently mired in allegations of racism and the way allegations are handled.

On Thursday, the ECB suspended Yorkshire from hosting international or major matches after the “wholly unacceptable” handling of racial harassment claims.

An independent panel report previously found Rafiq – who played for the club for two spells between 2008 and 2018 – had been the victim of racial harassment and bullying, but found the repeated use of the offensive term “P***” had been delivered “in the spirit of friendly banter”.

Yorkshire CCC concluded that no employees of the club would face disciplinary action.