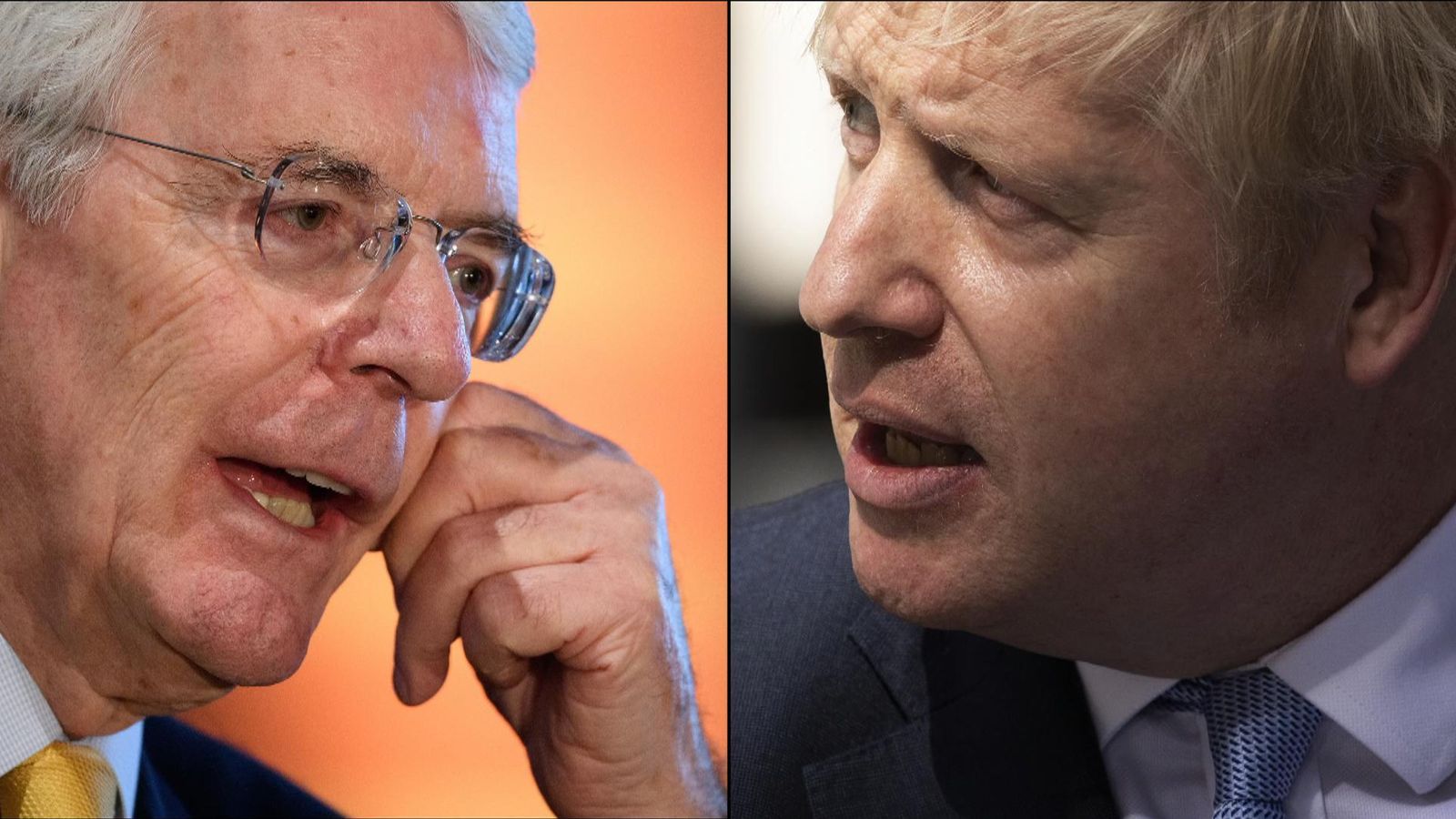 Sir John Major has accused Boris Johnson and his government of actions that are “damaging at home and to our reputation overseas”.

Sir John, a former Conservative prime minister, was commenting on the government’s handling of Owen Paterson, who stood down as an MP last week.

Mr Paterson, who had been an MP for 24 years, was last month found by parliament’s independent standards watchdog to have broken lobbying rules during his £110,000-a-year private sector work.

He had been facing a 30-day suspension from the House of Commons, but he quit as an MP after the government abandoned an attempt to set up a Tory-dominated committee to re-examine his case and the wider standards regime.

Sir John said: “I think the way the government handled that was shameful, wrong and unworthy of this or indeed any government. It also had the effect of trashing the reputation of parliament.”

The former PM told BBC Radio 4’s Today show: “There’s a general whiff of ‘we are the masters now’ about their behaviour”.

“I have been a Conservative all my life. And if I am concerned at how the government is behaving, I suspect lots of other people are as well.

“It seems to me, as a lifelong Conservative, that much of what they are doing is un-Conservative in its behaviour.”

“This government has done a number of things that have concerned me deeply: they have broken the law, the illegal prorogation of parliament.

2:05 4 Nov: ‘This is not about the rights and wrongs of what Owen Paterson did or didn’t do’

Sir John’s opposition to Brexit has meant he is no fan of Mr Johnson, and his own government in the 1990s also had its share of scandals, such as the ‘cash for questions’ scandal.

But he said: “When that happened I set up the Nolan Committee on Standards in Public Life to stop it, which has been a huge success.

“The striking difference is this: in the 1990s I set up a committee to tackle this sort of behaviour.

“Over the last few days we have seen today’s government trying to defend this sort of behaviour.

“Sleaze is unacceptable, was unacceptable when I was there, and I suffered a great deal of pain and anguish over it.

“It’s unacceptable today, and it needs to be stopped.”

Sir John said that the government’s working majority had allowed Mr Johnson to treat parliament “with contempt”, adding that ministers had “behaved badly” in “ways that are perhaps politically corrupt”.