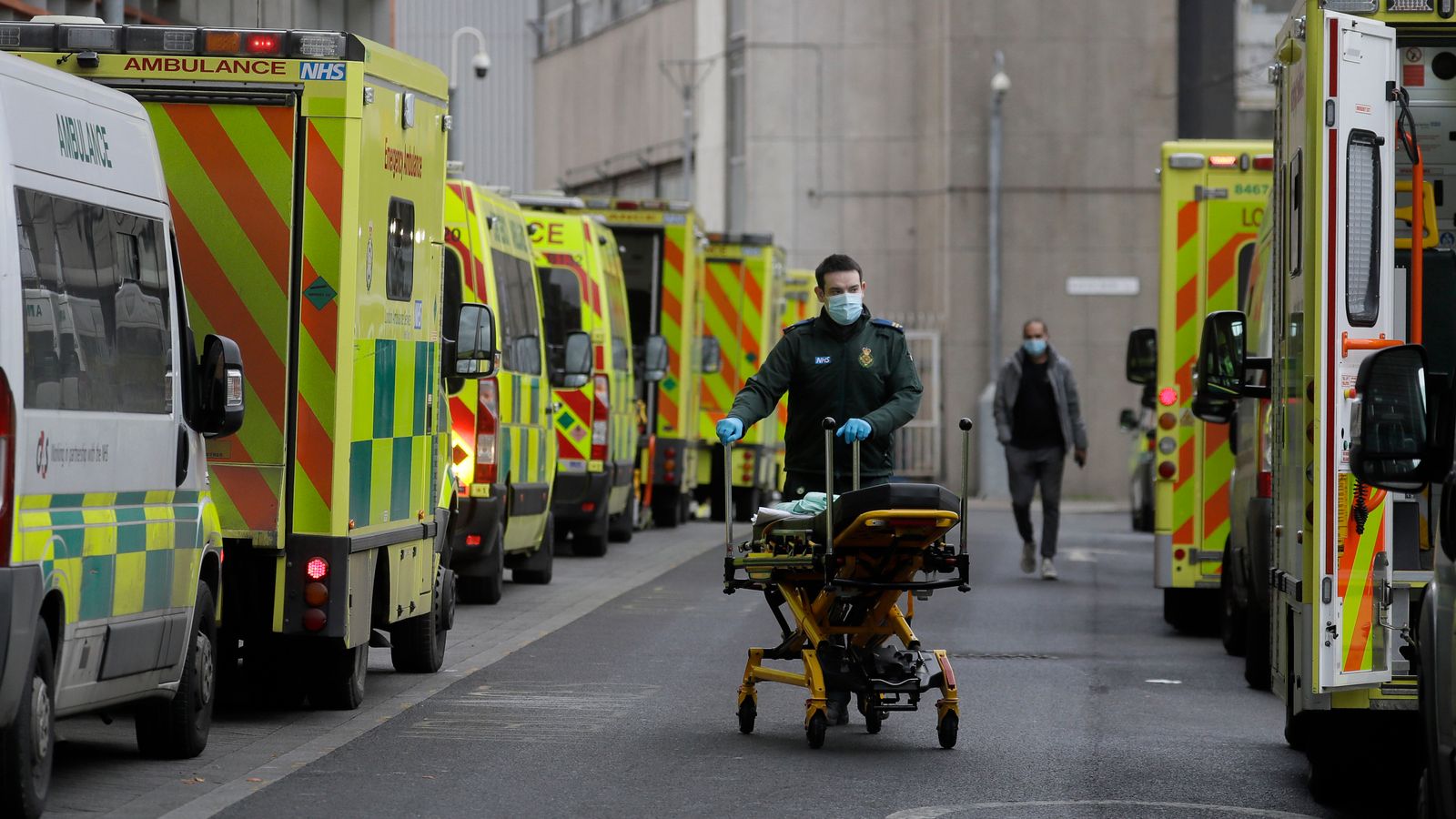 The UK has reported another 155 daily COVID deaths and a further 30,693 infections in the latest 24-hour period, according to government figures.

The number of deaths is down on the 193 reported yesterday, and the number of cases is also lower than the 34,029 that were confirmed.

A further 305,967 booster jabs have been administered, according to the latest government figures, bringing the total number of people to have had three doses to 9,653,041.

It comes as people will be able to book booster jabs a month earlier under a change that comes into effect on Monday 8 November.

Currently, people in England have to wait until six months after their second dose before they are eligible to book their booster jab.

But the change will mean that they can make their appointment after five months, although they will still only be able to actually receive the booster after six months.

The boosters are currently available to those aged over 50 and those deemed most at risk from COVID-19.

On Friday, figures suggested coronavirus infections remain at or near record levels in all four UK nations.

Around one in 50 people in private households in England had COVID in the week to 30 October, unchanged from the previous week, according to the latest estimates from the Office for National Statistics (ONS).

One in 50 is the equivalent of about 1.1 million people, and is the same proportion of people who were estimated to have coronavirus at the peak of the second wave in early January.

It is also the highest level of infections since weekly ONS estimates began in July 2020.

In Wales, around one in 40 people had the virus last week – unchanged on the previous week and again the highest since estimates began.

The latest figure for Northern Ireland is one in 65, up week-on-week from one in 75 but slightly below the record high of one in 40 estimated in mid-August.

For Scotland, the estimate is one in 80 – down slightly from one in 75 the previous week, and below September’s peak of one in 45.

The ONS described the longer-term trend in England, Scotland, and Wales as “uncertain”, while the percentage of people testing positive in Northern Ireland has “continued to increase”.

All figures are for people in private households, and do not include hospitals, care homes and other settings.